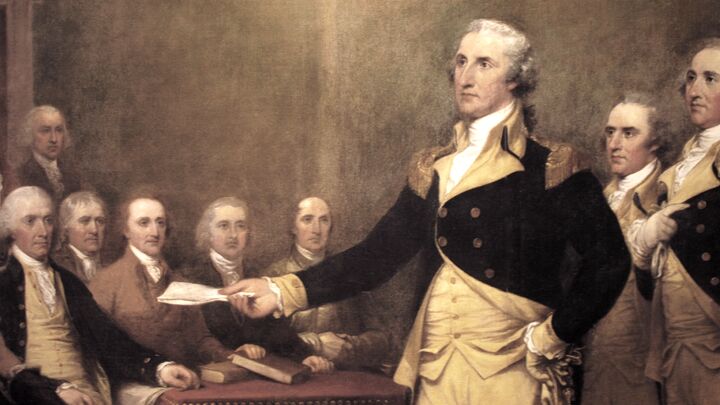 To the Founding Fathers, America’s success depended on religion and morality.

In 1787, several of the greatest minds America has ever produced gathered in Philadelphia for what became known as the Constitutional Convention. Benjamin Franklin, George Washington, James Madison, Alexander Hamilton and Gouverneur Morris, all there to write a Constitution, knew they were sailing in uncharted waters—embarking on a bold new plan to establish a federal government for the purpose of unifying the colonies under one nation. After the Constitution became supreme law in the U.S. on March 4, 1789, America quickly ascended to astonishing heights, becoming the most powerful and dominant nation this world has ever known.

But to what extent can that awesome development and growth be attributed to America’s humble beginning? As far as human government goes, the United States started about as right as any government man has ever produced. Critics today can say what they will about why it started right. But the Founding Fathers all seemed to be in perfect agreement on one important cornerstone: that the nation would survive and prosper only if it was founded upon religion and morality.

George Washington firmly believed that high morals and sincere religion had to be the fundamental building blocks of American society—if it was to succeed and prosper. In his First Inaugural Address on April 30, 1789, President Washington said, “The foundations of our national policy will be laid in the pure and immutable principles of private morality.” For Washington, what Americans did in the privacy of their own homes was not a peripheral issue. It was the foundation of our national policy!

At the end of his presidential oath, Washington himself reverently added the words “so help me God.” Every president since has followed in his tradition. And according to Washington Irving, after our first president concluded his oath, he bowed down humbly and kissed the Bible. Without religion and morality, Washington knew the American “experiment” was doomed to fail.

Washington’s ideals were not unlike those of his fellow founders. Benjamin Franklin, a self-proclaimed non-churchgoer, was nevertheless very religious. In his autobiography, he listed 13 points to follow for attaining moral perfection, the last of which was to “imitate Jesus.” During the Constitutional Convention, when the delegates arrived at an impasse, it was Franklin who offered this solution: pray for the “assistance of heaven.” That from a non-churchgoer!

Even Thomas Jefferson, considered an atheist by many, demanded this of the American people in his Notes on the State of Virginia: “Can the liberties of a nation be thought secure when we have removed their only firm basis, a conviction in the minds of the people that these liberties are of the gift of God?”

Study a bit of American history for yourself. See what priority our forefathers placed upon religion and morality. It was the chief cornerstone upon which the country was built.

Notice what George Washington said during his famous Farewell Address in 1796: “Of all the dispositions and habits which lead to political prosperity, religion and morality are indispensable supports.”

For the Founding Fathers, adherence to this doctrine was essential for the American experiment to succeed.

Washington continued, “In vain would that man claim tribute of patriotism, who should labor to subvert these great pillars of human happiness, these firmest props of the duties of men and citizens.” Those who worked to subvert these indispensable pillars, religion and morality, would be working in vain! So said George Washington. How many Americans would fall into this category today?

Early American society was one built around the biblical sanctity of marriage and family. “Since the founders had no doubt that popular government is possible only among virtuous people, they revered marriage as few people before or since,” wrote Angelo Codevilla in The Character of Nations.

To uphold the sanctity of these God-ordained institutions, our nation’s leaders enacted many laws intended to protect marriage and family. Husbands were obliged by law to support their wives; to pay off all debts they incurred. In some communities, dead-beat dads were sentenced to hard labor while in confinement. Divorce was illegal except in the rarest of cases. In the early 1800s, there were only a few hundred divorces in the whole country.

Clearly, the ideals and character of the Founding Fathers did filter down to individual families. And that’s the way those great men wanted it. Six years before the Constitution was enacted, George Washington’s objective for the country could not have been more clear: “We have now a national character to establish.” If a fledgling America was to get off the ground as a nation, it had to begin in each home.

Our second U.S. president, John Adams, himself a devoted husband, said the “foundation of national morality must be laid in private families.” Like Washington, John Adams led by example, which is a biblical principle. The Scriptures say Jesus came to set us an example that we might follow in His steps.

Nothing can be more basic when evaluating the success or failure of nations through man’s 6,000-year history: Character does affect how leaders lead; and the character of a leader, whether good or bad, does greatly influence the people. As Codevilla wrote, “What the great do in a grand way, lesser folks do as they may.”

Why Religion and Morality?

In 1776, the year Thomas Jefferson drafted the Declaration of Independence, John Adams wrote to his cousin, “It is religion and moralityalone, which can establish the principles upon which freedom can securely stand.” There it is again. Why did the Founding Fathers keep pointing back to these fundamental building blocks? Adams himself answered that question in 1798, while serving as president: “Our Constitution was made only for a moral and religious people. It is wholly inadequate to the government of any other.”

They kept referring to religion and morality because, as Adams said, our Constitution was made only for moral and religious people! And why?

Alexis de Tocqueville’s 19th-century observations on the American republic answer this critical question. After touring America for two years in the early 1830s, he returned home to France and wrote his political classic Democracy in America. Like the Founding Fathers, Tocqueville acknowledged that religion and morality were indispensable to the maintenance of the American republic. Why indispensable? He said that while the constitutional law of liberty allowed Americans complete freedom to do as they please, religionprevented them from doing that which is immoral and unjust. In short, Tocqueville surmised, liberty could not be governed apart from religious faith, lest there be anarchy.

Without the moral restrictions of a higher spiritual law, the liberty afforded Americans in the Constitution would be abused. George Washington and the other framers clearly understood that. That’s why they kept harping on religion and morality. They did not want to see the United States of America self-destruct.

Today, America’s national character is shamefully hostile toward God’s law and looks upon the U.S. Constitution as outdated.

When Americans go from proclaiming that a free society can only exist when founded on private morality to thinking that character just doesn’t matter, it is time to ask some hard questions about the future of this nation.