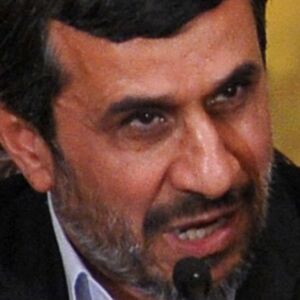 What does Iran have to do for the West to take it seriously?

Over the last four days, Iran has helped orchestrate terrorist attacks in three separate countries, dispatched hundreds of soldiers to Syria to school Assad’s forces in butchering dissenters, cut off oil supplies to France and the Netherlands (and given an ultimatum to four other European states), and inaugurated to much fanfare three developments in its nuclear weapons program.

Once again, it’s proving to be another productive week of provoking, antagonizing and destroying for Iran.

What’s most remarkable about all this, though, is the reaction of the West. The results of a cnn poll released yesterday show that 60 percent of Americans believe using diplomacy against Iran is the right course of action. Shockingly, more than 20 percent believe no action is necessary. The consensus among Western elites is that Iran is ready to sit down and negotiate.

Writing in the New York Times February 2, William Luers and Thomas Pickering, both former U.S. ambassadors, laid out what they think America’s diplomatic strategy with Iran should be. The “Iranian leader must be approached directly, but discreetly, by someone he trusts who conveys assurances from President Obama that covert operations and public pressure have been demonstrably reduced” (emphasis added throughout).

The need for engaging Iran in peace talks was explained again in the Times on Tuesday, this time by Dennis Ross, who served for two years on the National Security Council as President Obama’s special assistant on Iran. “Notwithstanding all their bluster, there are signs that Tehran is now looking for a way out,” he wrote. “With Iran reeling from sanctions, the proper environment now exists for diplomacy to work.”

That’s not the term Tal Yehoshua-Koren, the Israeli woman hurled from her car when it was exploded by a terrorist’s bomb in New Delhi on Monday, would use to describe Iran’s recent actions. It’s not how the residents of the Israeli town of Sderot, who live under constant threat of rocket attack from Iran-enabled Hamas, would describe Iran’s behavior. And “bluster” certainly isn’t the term the relatives of the thousands of Syrians, including hundreds of children, butchered by Syrian forces with assistance from Iranian soldiers would use to describe Iran’s foreign policy.

To its victims, Iran’s conduct is consistently combative, aggressive and violent, and in many instances, barbaric.

This is not an issue of semantics, an anomalous choice of words. The use of “bluster” to describe what is very obviously aggressive, ruthless behavior reveals some deep-seated issues with the West’s perception of reality. To many, Iran is clearly more a geopolitical nuisance, an inconvenience, than a legitimate and deadly threat to regional and even international peace. To Western elites, Tehran is more the harmless schoolyard bully than the terrorist-sponsoring, genocide-inducing, radical Islamist regime its actions clearly reveal it to be.

And there’s the rub. Iran is consistently displaying by its actions that it’s not interested in serious diplomacy and long-term peace. But the West rejects this reality. Consider again what we’ve all witnessed over the past four days. Yesterday, Iran announced that it had taken further strides toward the development of nuclear weapons. Earlier in the week, it orchestrated three separate terrorist attacks on Israeli officials, one in Azerbaijan, another in India, and another that failed in Thailand. It is right now supplying Bashar Assad with soldiers and weapons with which to slaughter innocent protesters.

Earlier this month, Iran’s spiritual leader, Ayatollah Ali Khamenei, in a live television broadcast rallied his people to destroy Israel. He called Israel a “cancerous tumor that should be cut and will be cut,” and promised Iranian support of any regime or enterprise that attempts to destroy the Jewish state.

Each of these events actually happened.

Each provides a glimpse into Iran’s true character and ambition.

Each is a harbinger of a greater, more deadly, confrontation.

Each was ignored, marginalized or flatly rejected by many in the West as mere bluster.

But not all have been so ignorant. “The single biggest danger in the Middle East today is not the risk of a six-day Israeli war against Iran,” wrote Harvard historian Niall Ferguson recently. “It is the risk that Western wishful nonthinking allows the mullahs of Tehran to get their hands on nuclear weapons. Because I am in no doubt that they would take full advantage of such a lethal lever.”

Historian Benny Morris agrees. He warned in the Los Angeles Times Tuesday that “if the Iranian nuclear project is not halted … there will be, by miscalculation, Iranian assault or Israeli preemption, a nuclear war in the Middle East.”

These men grasp the reality of what we’re witnessing in the Middle East. They’re not rejecting Iran’s actions as mere bluster. They’re looking at Iran, at its uncompromising drive for nuclear weapons, at its enthusiastic sponsoring of Islamist terrorism, at its constant effort to undermine Western interests, at its promise to utterly annihilate the Jewish state, and simply believing what their eyes and ears are telling them.

Under the circumstances, it’s worth considering the primary motivation behind Iranian foreign policy. Inside Iran, the belief of a returning Mahdi, or Twelfth Imam, is a defining doctrine within the most populous group of Shiites (known as Ithna Ashari, or “Twelvers”), the Iranian president included. And as staunch adherents to the mahdaviat, Ahmadinejad and his supporters don’t simply believe the Mahdi is about to return—they consider it their responsibility to bring about the apocalyptic conditions that will surround his return!

As Joel Rosenburg, former aide to Benjamin Netanyahu, put it: “[I]n order to bring about this Islamic messiah, the Mahdi, the Twelfth Imam, Islamic leaders need to hasten his coming by destroying little Satan, Israel, and the great Satan, the United States. … [T]he leaders actually believe they need to create bloody carnage, the death of millions of people in order to create the conditions for the Mahdi to bring peace.”

Prof. Bernard Lewis, an expert in Middle East history, discussed Iran’s infatuation with the Mahdi’s return in his keynote address at the 2008 Jerusalem Conference. “Iran’s leadership comprises a group of extreme fanatical Muslims who believe that their messianic times have arrived,” he warned. He then cautioned the West against subscribing to the mad (mutually assured destruction) principle, which says that Iran will avoid nuclear war because it would only ensure its own destruction.

In the case of Iran, Lewis explained, “mad is not a deterrent factor, but rather an inducement. They feel that they can hasten the final messianic process.”

In 2005, Scott Peterson wrote about the centrality of the Mahdi’s return to Iranian foreign policy: “From redressing the gulf between rich and poor in Iran, to challenging the United States and Israel and enhancing Iran’s power with nuclear programs, every issue is designed to lay the foundation for the Mahdi’s return.”

When will we realize, Iran desperately wants war!

Yet despite these terrifying ambitions, and Iran’s systematic march toward acquiring the means to carry them out, the United States and much of the West still pursue a policy of negotiation and compromise. Perhaps the majority doesn’t see it this way, but Iran’s actions this week are simply further evidence of its terrifying ambition to thrust the world into chaos.

Ignoring them and marginalizing them as mere bluster will only make war all the more inevitable.