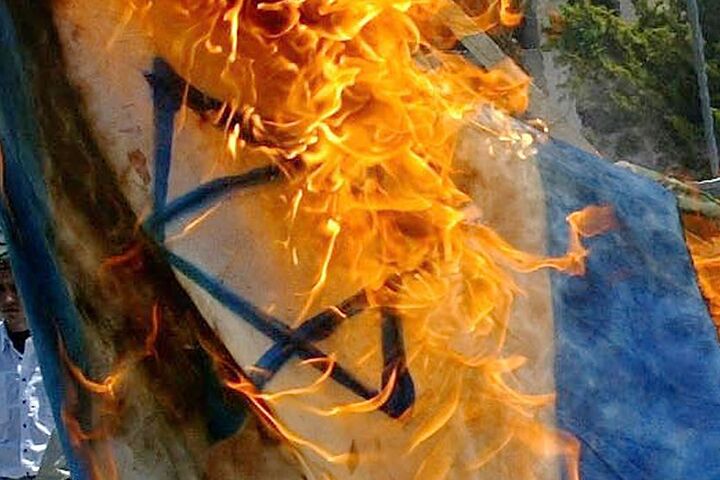 Democracy is not the solution to Muslim hatred of Jews that analysts believed it would be.

Many Westerners long argued that ushering greater democratic freedoms into the Middle East would reduce or remove regional Muslim contempt for Israel, the Jewish people and the broader Western world. Over the past year, as tyrants were toppled in Tunisia, Egypt, Libya and Yemen, and very nearly in Syria, that hypothesis has been tested.

And it has been exposed as bunk.

Rather than quelling the Muslim hatred toward Israel and the Jews, democratic freedom has led these nations to grant more power to Islamist forces. It has also led to an explosion of anti-Semitic sentiment in the newly liberated nations.

That was the conclusion of a report released on Sunday by Tel Aviv University’s Kantor Center for the Study of Contemporary European Jewry.

“[While] the popular uprisings in the Arab world do not represent a general change in attitude towards Israel, Zionism and the Jews it seems the anti-Semitic discourse and incitement have become more extreme and violent,” the report said. “Charges of an international Jewish conspiracy have been a central motif in the anti-Semitic propaganda that has accompanied the Arab Spring uprisings. This motif has been emphasized in each of the countries especially by way of pointing a blaming finger towards Israel, Zionism and Jews conspiring against Arabs and Muslims.”

The report provides an extensive list of evidence, such as Libyan rebels’ claims that the mother of ousted leader Muammar Qadhafi was Jewish as a means of defaming the slain ruler. The report also cites remarks made by officials from Syrian President Bashar Assad’s beleaguered government, calling the opposition “an army of donkeys in the service of the Mossad,” which is Israel’s national intelligence agency. In Egypt, the study points to numerous slanderous declarations by clerics associated with Egypt’s new ruling parties, as well as religious edicts banning Egyptian Muslims from making agreements with “monkeys,” a reference to Jews.

The report also said new technologies provide new platforms where hatred of Jews can thrive. “This year anti-Semitism has been expressed in unbridled attacks and violence towards Jews in the Diaspora and Israel,” the report said. “The accessibility of cyberspace and the freedom it grants to those who would use it to propagate the unprecedented dissemination of anti-Semitism [is worrying].” The study does not contain numerical data, but figures supporting the report’s thesis are scheduled to be released in April.

As the revolutionary smoke clears, the dark reality becomes clear. Bringing democracy to countries in the Middle East has not neutralized Islamic anti-Semitism as analysts argued it would, but only unleashed the existing hostilities. To learn how the rising tensions will ultimately be brought to a boil, read Jerusalem in Prophecy.