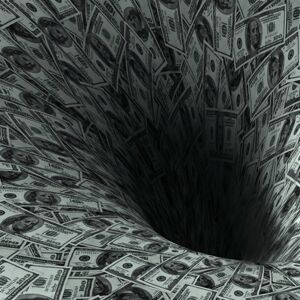 How would you like to wake up tomorrow to find that you had no more voting rights? And that an unknown, appointed and foreign bureaucrat now controlled your city? That the mayor’s key to the city was confiscated, and the city council was disbanded? That the new rulers governed by decree? And you were now a de facto serf where you had yesterday been free?

Sadly, this is not a hypothetical scenario. This is Central Falls, Rhode Island, today: population 19,000. And it is a harbinger of what may happen across many more cities. But does what happened to Central Falls also hold a warning for the whole nation?

In 2010, the city told the state that it could no longer pay its bills—or borrow the money to paper over them. So the state stepped in and took control in a dramatic way.

It passed a law giving itself the right to suspend democracy and appoint a dictator—ahem, “receiver”—to take control of Central Falls. It ignited a firestorm of protest, but eventually, the Supreme Court upheld the “Fiscal Stability Act,” confirming the divine right of the receiver to rule.

And rule with a rod of iron he did. He cut city payrolls, chopped services and salaries and raised taxes—by decree. He instituted a parking ban on city streets between the hours of 1 a.m. and 6 a.m. (an effort to reduce crime, make snow removal easier, and also probably to raise tax revenue).

Yet even with all the spending cuts and increased taxes, it wasn’t enough. The budget still couldn’t be balanced. Faced with a $47 million unfunded pension shortfall, $20.5 million in bond debt, and a cash burn rate projected to take the city another $6 million in the hole by year-end, the receiver asked a judge for bankruptcy protection. When granted, this gave the receiver even more power. He could now renegotiate the powerful unions’ contracts and threaten to repudiate the city’s debt and immediately stop paying its bond holders and pensioners. He chose to pay bond investors in full, while instituting an immediate 25 percent reduction in pensions. After five years, pensions will be reduced by a total of 55 percent.

“We the people won’t stand for this,” one resident told the defunct city council.

“We have no power,” said the council president.

“The [Fiscal Stability Act] suspends the usual democratic process,” said the receiver. So get used to it.

The wages of debt are being paid in Central Falls. Not only are indebted residents subject to the whims of a receiver who doesn’t even live in their city, but they are being forced into virtual servitude to pay back the money they borrowed.

It is a case lesson in the dangers of debt—and the failings of elected leaders who chronically promise more than they can deliver to win votes.

Yet, is this a lesson that America will learn in time? California and Illinois really aren’t that much different than Central Falls. For that matter, the United States isn’t much different.

The federal debt hit $15.2 trillion in December—another new record. That is an increase of $4.6 trillion over just the past three years. Our national debt has doubled in the past seven years—that is a Bernie Madoff-esque annual compound rate of 10 percent. The snowball is growing. The president is now asking to authorize another $1.6 trillion in borrowing. This is enough to give 154 million Americans—America’s total labor force—more than $10,000 each. And that is only enough to barely get us through to the next election.

If you include all unfunded future promises made by the federal government, America’s total debt billows to a practically incomprehensible $61 trillion. That may be a low estimate.

Like Central Falls, America as a whole is headed to debt servitude too. The borrower truly is servant to the lender. Who will be the “receiver” that will be appointed to “fix” America’s economic problems? What language will he speak?

History shows that nations that financially depend on others to such a huge degree don’t last long—but their collapse can be dramatic and astoundingly quick.

America’s political system—based upon leaders needing to buy votes and curry favors with voters—is about to fail spectacularly. Democracy may be the best form of government yet tried, but it is collapsing under the weight of debt.

Central Falls is a lesson for America about the dangers of runaway debt. This is how democracy and freedom can quickly become debt, poverty and slavery.