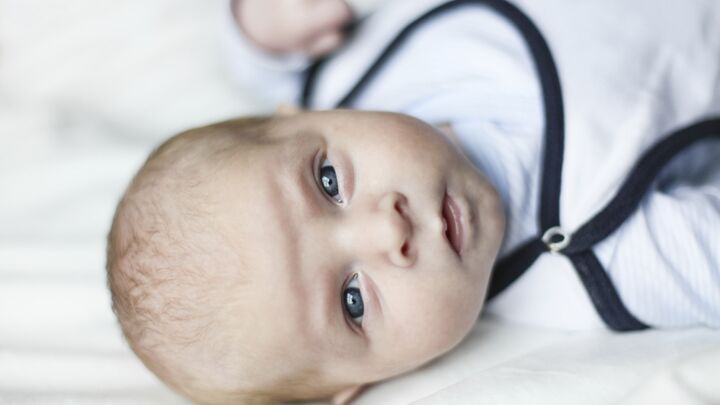 Philosophers, humanists, speak loftily of human worth as of supreme value in itself. They speak of the “god” within you—of tapping the innate hidden resources within yourself. They teach self-reliance, self-glorification.

They are smugly ignorant and unaware of the true values and the incredible but real human potential.

Human life is at once of infinitesimally less value than they suppose, and at the same time of supremely greater potential than they know.

Real truth is revealed. Unless revealed it remains a mystery, utterly unknown to the deceived and vain intellectuals. Jesus said in prayer: “I thank thee, O Father, Lord of heaven and earth, because thou hast hid these things from the wise and prudent, and revealed them unto babes” (Matt. 11:25).

What is the real truth concerning human worth? What is the real value of a human life? It is grossly overestimated in its own reality, and astoundingly undervalued in its supreme potential. The truth indeed is staggering.

You look upon a sweet, innocent babe a few hours old, or upon a life-fulfilled elderly person of 80 and ask yourself, “Just how valuable is that life?—one just beginning, the other already spent.” Could you supply the correct answer?

We come to the modern science of brain research. We learn that the human brain exercises many functions impossible in animal brain, yet we learn there is virtually no significant difference, physically. The animal cannot think, reason, study, make decisions apart from instinct. It cannot know what the human knows. It does not have attitudes of judgment, wisdom, love, kindness, cooperation, nor is it aware of competition, conspiracy, envy, jealousy, resentment. It has no appreciation of music, art and literature. It has no spiritual qualities or characteristics. Yet science and higher education insist the faculty of intellect in humans is solely physical.

I had to prove to myself rationally that God exists and is in fact more real than matter. I had to prove that the Holy Bible is in fact the authoritative Word of God, by which He communicates to man, reveals truth otherwise inaccessible to man. And I found revealed purpose, design, meaning that is hidden from the self-professed scholarly. I found revealed the reason for mounting evils in a progressive world.

Can the human, who has been designed, created and made, say to his Maker, “Why did you make me thus?—and for what purpose?” And can he instruct his Maker? Should he not, rather, open his mind, and listen when his Maker reveals to him the very reason for his being?

The Creator reveals and instructs in a highly coded book, the Holy Bible. Its profound message is opened to human understanding through the presence and indwelling of the Holy Spirit injected into the human mind that has surrendered and yielded completely to the revelation in belief and obedience. To such a one the truth is made plain—wonderful beyond description.

The real value of a human life, then, lies solely within the human spirit combined with the human brain. It should be stated at once that this human spirit is not perceived by the most highly educated psychologists, yet it is the very essence of the human mind.

The Creator’s book reveals, contrary to fallible humanist teaching, that man was made from the dust of the ground, and this dust thus becomes soul, mortal—like all vertebrates. Man has continued to accept the first lie in human history—Satan’s lie to mother Eve that man is immortal and cannot die.

The soul is merely the breathing animal. All animals are biblically called “souls” in English translations of the Bible. But there is a human spirit in the human soul.

This human spirit does not impart human life. Human life, like that of all vertebrates, comes from blood circulation, oxidized by the breath of air. But God reveals there is a spirit within every human. This spirit is not present in animals. The human spirit empowers the human brain with intellect—with ability to acquire knowledge, to think, reason, make decisions, produce attitudes of good or evil.

Human and animal brain are alike. Human mind superiority comes not from superior brain, but from the presence of human spirit within the human brain. Animal brain is supplied with instinct, not intellect.

It may seem shockingly strange, because it is a dimension in knowledge hitherto untaught, but the real value of a human life lies solely in the human spirit, as it works in combination with the human brain.

God formed man of matter, but after His own image and likeness as to form and shape.

But the brute animal and man have the same breath, the same source of life. They die the same death. Human life is animal existence, but in the form and shape of God, and with the human spirit added to the brain.

Man was created to have a relationship with his Maker. Therefore he was made in his Maker’s form and shape, with contact and relationship made possible by the presence within him of the human spirit.

But man’s creation was not completed. He was made mentally and spiritually only “half there.” He needed the addition of God’s Spirit to unite with his spirit, begetting him as a child of God—uniting him with God—ultimately enabling him to be born into the very God family.

Thus immortal life was freely offered Adam. But he had to make a choice. He followed Eve in obeying Satan instead of God, choosing self-knowledge of good and evil, rather than God’s revealed knowledge of the right way of life by choosing the “tree of life.”

Thereupon, God closed off the tree of life (God’s Holy Spirit), until Jesus Christ, the second Adam, should come and by death pay the human penalty incurred by sin. Thereupon also God decreed that as in Adam all humans must die so in Christ the same all shall be resurrected to life and to judgment.

Adam had sold out to Satan—had been “kidnapped.” He and his family—the human family which sprang from him—became Satan’s, deceived and swayed by Satan. Thus mankind grew and developed the civilization or pattern of life we call this world.

It is not God’s world, but Satan’s. In due time—some 4,000 years after Adam, Jesus Christ was born as the second Adam. He came to pay the ransom price—His death in payment for the penalty humanity has incurred through sin. He started an entire new civilization—God’s world through the Church. Following His death, those humans chosen by God, called into the Church, upon repentance and faith received the Holy Spirit the first Adam had rejected. Those called into God’s Church are the “first fruits”—the first to be judged, pardoned on repentance and baptism and begotten (but as yet unborn) children of God by receiving the Holy Spirit, joined with the human spirit.

At the Second Coming of Christ in supreme power as world ruler, replacing Satan on Earth’s throne, those begotten with God’s Spirit will be resurrected immortal and changed instantly from mortal to immortal, the dead in Christ first, then those still living. They will rule and teach the mortals still alive and those born during the next thousand years. Judgment and opportunity for salvation and immortality will then come to all living humans. After this millennial judgment, an opportunity for immortality shall come to all who had died prior to Christ’s coming.

Now back to our original question: “What is the only real value of a human life?”

Philosophers think of human worth as of supreme value in itself alone. They speak of “human dignity.” They speak of the innate “god” powers within each human. They advocate self-confidence, self-glorification. They make mortal man to think of himself as immortal God.

Much to the contrary, the sole value of human life lies in the human spirit and the potential of being begotten of God, later to be born very God, a child in the God family.

Man is not “god” within himself, but only mortal flesh and blood with a brain empowered with intellect by the human spirit.

Therefore, man of himself is infinitesimally of less value than the self-professed wise of this world suppose. But, once begotten by the supreme God through the very life and Spirit of the living God dwelling in him, a human being’s potential is of infinitely greater value than the world has understood.

Ultimately, born into the God family, we shall complete the creation of the entire endless universe. We shall continue the creative process for ever and ever, in dazzling splendor and glorified beauty, time without end.

That is the incredible human potential.