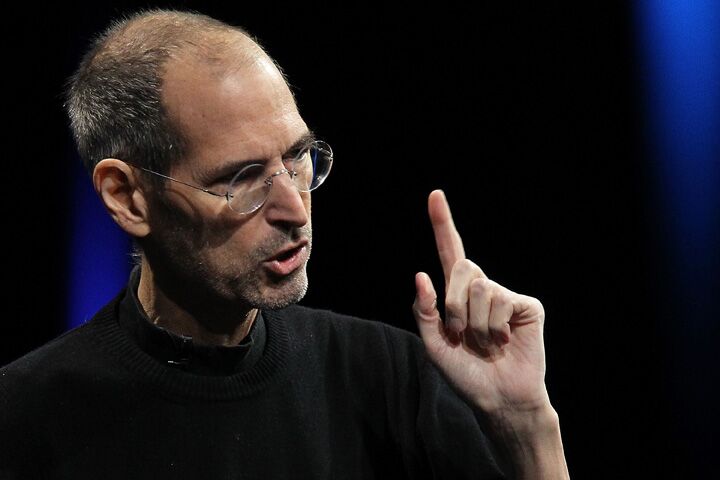 The late Steve Jobs, speaking in 1985 of the then newly-developing Internet technology, said, “The most compelling reason for most people to buy a computer for the home will be to link it to a nationwide communications network. We’re just in the beginning stages of what will be a truly remarkable breakthrough for most people—as remarkable as the telephone.”

He was right. The Internet has turned out to be, arguably, one of mankind’s greatest technological achievements. But this advanced communications technology not only saves us time, it wastes it too. It makes life simpler, yet more complicated; it brings us together, yet pushes us apart.

Over 4,000 years ago, a remarkable parallel to what is happening today occurred. Historic records show that two generations after the great Flood, there was a population explosion on Earth. Many people congregated in the lower plains of what is now known as the Persian Gulf (Genesis 10:10).

Under the influence of Nimrod, the world’s first dictator (verses 8-10), men began to organize themselves and build an enormous tower. “And they said, Go to, let us build us a city and a tower, whose top may reach unto heaven; and let us make us a name, lest we be scattered abroad upon the face of the whole earth” (Genesis 11:4). At that time, there were no communication barriers, because everyone spoke the same language (verse 1).

Mankind had finally designed a symbol of their God-rejecting society. The ancient city of Babylon, and its planned sky-high structure, was the epitome of man’s rebellion against his Maker. Men remembered the Flood and thought they could outsmart God by building a structure that would be higher than the waters, should such a global calamity ever strike again.

“And the Lord came down to see the city and the tower, which the children of men builded” (verse 5). God knew man’s inherent capabilities. He knew this was just the beginning of the amazing things men would try. But He also knew man’s inherent weaknesses—that man was not yet ready to be allowed to exercise his tremendous latent powers.

“And the Lord said, Behold, the people is one, and they have all one language; and this they begin to do: and now nothing will be restrained from them, which they have imagined to do” (verse 6). Men had decided to pool together their resources and share information. God saw that nothing would be withheld from their imaginations. The Creator foresaw that men would rapidly develop scientifically and technologically; He knew that nothing would be too difficult for man’s scientific genius—that he was already then well on the road to an eruption in scientific knowledge.

It was not yet God’s time to allow humankind to advance this far. Had the Creator not stepped in at this point in history, men would have raced along in the acquisition of scientific knowledge, undoubtedly to such heights that the nations would have discovered how to use the atom even before the time of Christ. So God confounded their language (verse 7), effectively nullifying their ability to unite. The less they understood one another, the more they argued. Arguments grew into fights—and work came to a screeching halt. Not understanding their neighbors, many moved away to seek a living in distant parts of the land. The tower was never completed.

But today, man has finally succeeded in overcoming communication barriers. And he is once again uniting and merging his scientific genius. The information age—and especially the Internet—is a prime example of this.

Yes, we can accomplish technological feats. When it comes to constructing an intricate technological wonder such as the Internet, people can unite with absolute, determined effort to produce a seemingly miraculous achievement. But try to work together to formulate some kind of a plan for harmonious living, and it seems we’re doomed to abysmal failure.

Unlike at the tower of Babel, where God forbade the people getting together, this time our Creator will allow men to get together one last time. He said, through the Prophet Daniel, that at the time of the end “many shall run to and fro, and knowledge shall be increased” (Daniel 12:4). The word “knowledge” in this verse is rendered trouble in the Moffatt version. The Companion Bible says that this “knowledge” equals calamities or wickedness.

Our troubles and calamities have not just doubled; they’ve multiplied—thanks to modern technology. But our God has allowed modern communication methods to dramatically increase. The Internet has virtually bridged the gap that He put in place some 4,000 years ago.

Already, the minds of the people of the nations of the world have been drawn closer together—and now, with the help of the digital information superhighway, man has turned the Earth into a “global village.” With this invention he’s not only collapsed distance; he’s demolished all inhibiting boundaries.