Reflections on the Christmas season 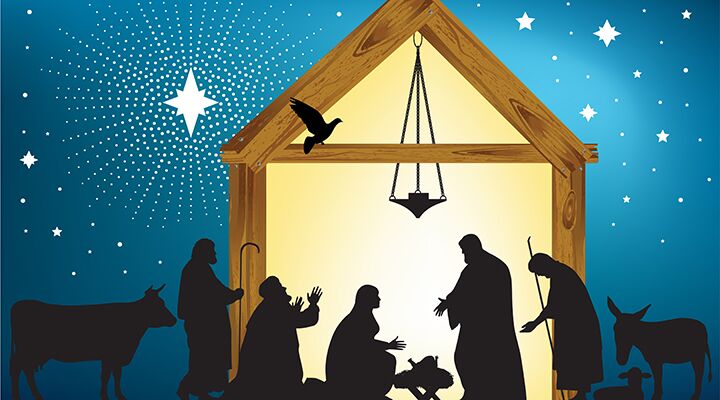 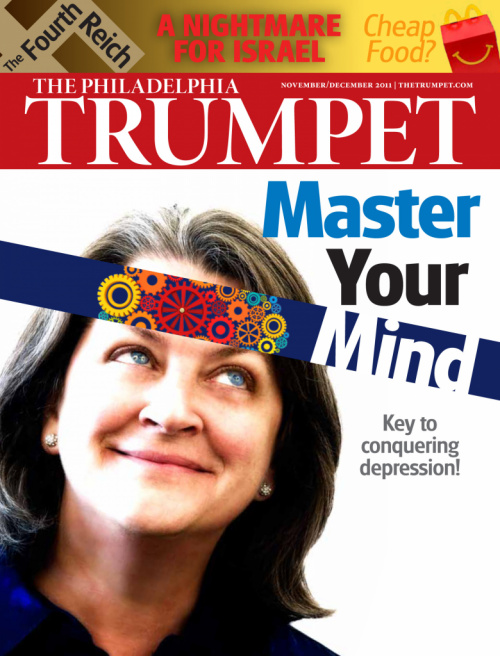 I recently read a remarkable book about Jesus Christ.

It is called The Law of the Offerings, by Andrew Jukes. Written over a century ago, it demonstrates how the five tabernacle offerings described in the first seven chapters of the book of Leviticus symbolically portrayed, in advance, the life and death of the Messiah.

Of Christ’s wholehearted devotion to His Father—typified by the burnt offering—Jukes wrote, “As a man, His thoughts were human thoughts; His affections human affections. But how much of these did He reserve for self, for His own ease, or credit, or pleasure? What one act recorded of Him was for His own advancement? What one word which was not in entire devotedness to His Father? … Such was ‘the whole burnt-offering’: the entire surrender of self to God in everything.” Then, the follow-up statement, to prick the heart: “With us how many thoughts are there for self; for our ease, our pleasure, our interests. How much of our walk, how much of our affections, is consumed on anything rather than the altar!”

Of Christ’s total fulfillment of the second tablet of the Decalogue, enjoining love toward fellow man and typified by the meal offering, Jukes explained, “[R]ejected when He would minister blessing; misunderstood when He gave instruction … He goes forward without the slightest faltering; He never stops for a moment in His devoted service to all around Him. To the very end of His course, as at the beginning, He is the meat of all who need and will accept Him.” Then, again, the challenge to compare ourselves to that example: “We think there must be a limit to our self-sacrifice. … We think when our kindness is rejected we need not repeat it; we think our times of rest and relaxation are our own. Oh, how unlike to us in all was our blessed, lowly Master!”

I found this book deeply moving for a number of reasons. In explaining the significance of these ancient rituals, it illuminates the seamless cohesion—indicating the singularity of divine authorship—between the Old and New Testaments of Scripture. It confirms that the God of the Bible does everything with purpose and design, even what most “Bible believers” would dismiss as irrelevant.

Above all, though, it shines a searchlight on details and facets of the life of the most important man ever to walk the Earth—details that both intensify the reader’s love for Him and challenge the reader to better emulate Him.

The reason I relay all this is to highlight a profound contrast that has come forcefully to my mind. That is, the contrast between this penetrating view of the life and death of Jesus Christ—and the image of a helpless baby born in an animal’s manger that is fixated on each year around this time, in those increasingly rare instances where Jesus is mentioned at all.

The Reason for the Season?

For the apparently dwindling number of those who still view Christmas as a religious holiday rather than merely a secular custom or a marketing gimmick, the diminishing role of the figure after whom it has been named causes no small amount of consternation. Every year it seems, amid the noise of commercialism, materialism and excess, some few endeavor to remind everyone that this holiday is actually supposed to be about the Son of God. He is, they say, “the reason for the season.”

But is He really? Have you ever looked it up? If you just scratch the surface of any of the traditions associated with Christmas, you immediately start finding some rather grotesque things.

That December 25 isn’t Christ’s birthday is easy to prove. According to ChristianHistory.net (a service of Christianity Today), it was the day of the Roman “birth of the unconquered sun” and the birthday of the Iranian “Sun of Righteousness,” Mithras. The New Schaff-Herzog Encyclopedia of Religious Knowledge says that the pagan celebrations of Saturnalia and Brumalia were popularly held on that date. Further into antiquity, the Egyptians marked December 25 to celebrate the birth of the son of Isis.

So “Christmas” celebrations preceded Christ’s birth by centuries. And somewhere around three centuries after Jesus’s death, church leaders decided to preserve the celebration but affix Christ’s name to it. “The pagan festival with its riot and merrymaking was so popular that Christians were glad of an excuse to continue its celebration with little change in spirit and in manner,” says Schaff-Herzog.

This didn’t sit well with many pious believers at the time. Nowhere does Scripture advocate celebrating Christ’s birthday—or any birthday, for that matter. Unsurprisingly, then, as Christian History explains, many believed “it would be wrong to honor Christ in the same way Pharaoh and Herod were honored. Birthdays were for pagan gods.” Schaff-Herzog further says, “Christian preachers of the West and the Near East protested against the unseemly frivolity with which Christ’s birthday was celebrated, while Christians of Mesopotamia accused their Western brethren of idolatry and sun worship for adopting as Christian this pagan festival.” If only they could see how “Christ’s birthday” is celebrated today.

Christian History says, “The pagan origins of the Christmas date, as well as pagan origins for many Christmas customs (gift-giving and merrymaking from Roman Saturnalia; greenery, lights and charity from the Roman New Year; Yule logs and various foods from Teutonic feasts)”—and to this list we could add Santa Claus, an import from Nordic mythology—“have always fueled arguments against the holiday. ‘It’s just paganism wrapped with a Christian bow,’ naysayers argue.”

Count me among the naysayers.

What is astonishing to me is how, for the Christian History writer and, evidently, many other churchgoing types who have learned of this background, the pagan roots of this mid-winter celebration are nothing to be concerned about. Here is how Christian History concludes: “But while kowtowing to worldliness must always be a concern for Christians, the church has generally viewed efforts to reshape culture—including holidays—positively. As a theologian asserted in 320, ‘We hold this day holy, not like the pagans because of the birth of the sun, but because of him who made it.’”

And just like that, the appropriation of a whole closetful of pagan customs moves from “kowtowing to worldliness” to “efforts to reshape culture.”

They assume God smiles on such efforts. But notice Jeremiah 10:2-4: “Thus saith the Lord, Learn not the way of the heathen …. For the customs of the people are vain [or false]: for one cutteth a tree out of the forest, the work of the hands of the workman, with the axe. They deck it with silver and with gold; they fasten it with nails and with hammers, that it move not.” Given this clear biblical directive, why would anyone cut down a tree, fasten it down in his home, and decorate it in order to celebrate anything, let alone a holiday supposedly intended to celebrate the Jesus of the Bible?

“We hold this day holy,” this anonymous theologian said of Christmas. On whose authority? It was not holy to begin with. And human beings cannot make anything holy. The best we can do is to keep holy what God has made holy—as He commanded men to do with His Sabbath day (Exodus 20:8).

Though Scripture does not say when Christ was born and does not enjoin the celebration of His birth, it does command the annual remembrance of His death—the death that made possible the forgiveness of sin and the reconciliation of man and God. Just as the tabernacle offerings that God required of the Hebrews foreshadowed the perfect offering of Jesus Christ, so too did the annual celebration of the Passover—on which each family killed an unblemished lamb—foreshadow the crucifixion of the Lamb of God (Exodus 12:1-6; John 1:29). Jesus instructed His disciples to continue this annual memorial, not with an animal sacrifice but with new symbols of His broken body and shed blood (1 Corinthians 11:23-26).

In Christmas—a humanly devised holiday—a Christian must overlook a profane pedigree, accept a host of quirky pagan customs, and excuse the gross profiteering and material excesses that becloud the whole season, simply to get a view of a newborn baby.

In Passover—a God-ordained memorial—a Christian remembers the history of a people of promise, reflects on miraculous protection from death and redemption from sin (not just Israel’s but also his own), and sees the culmination of the perfect life of the Son of God, lived in service to God and man, offered willingly as substitutionary payment for the sins of humanity—the greatest-ever act of love.

But Passover is only the first of seven biblically mandated festivals that collectively tell the story of God’s entire master plan, past, present and future. In stark contrast to Christmas and other holidays with origins in paganism, the deeper one studies into these holy days, the more divine beauty and perfection one beholds. They, too, demonstrate seamless cohesion between the Old and New Testaments and confirm that the God of the Bible does everything with purpose and design.

And what purpose He has for the plan that began with the perfect offering of Jesus Christ—the life and death of the Messiah! It is far, far greater, much more inspiring, than is generally realized. If you would like to learn more about it, and how it is presented in glorious symbol through God’s annual holy days, request a free copy of Herbert W. Armstrong’s wonderful booklet on the subject, Pagan Holidays—or God’s Holy Days—Which?