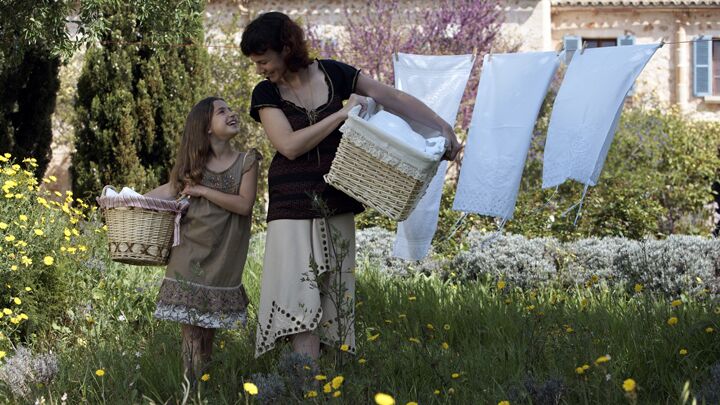 What is beautiful? Attractive? Sexy? What appeals to the modern male? Popular culture has its answer.

With the mainstreaming of the pornographic underworld, pop culture has redefined our perception of beauty. From Victoria’s Secret commercials to Christina Aguilera music videos, sex appeal is not what it used to be.

In place of an innocent smile, vulnerable eyes, soft body language, many of today’s women—models, singers, dancers, actresses—exude the very opposite to be sexually appealing. Their beauty is cold eyes, no smile, brazen body language—it’s sweaty, dirty, tattooed and pierced. They seek only to excite, arouse or, at the very least, shock. Modern society has traded the natural, cosmetic-free Ivory girl for Pamela Anderson, and transformed the phrase “girl next door” into a seedy marketing gimmick.

Models portray the latest lingerie in commercials with shady lighting and grunged-out background music. Pop music icons, like Aguilera, who think they are “beautiful in every single way” show it off in every single way they know how, prodded by the executives for whom they are making millions. In a world where pornography is bigger than major league baseball, these marketing geniuses do what they can to have their girls keep up with the pace.

Aguilera and rival Britney Spears, once teen idols, eventually had to shed their young-girl appeal and define themselves as “women.” What ensued with both was a massive shift in the subject matter of their lyrics, and in their hair, makeup, attitude, dancing and wardrobe, toward increased immorality. (And despite this attempt to make the “woman” upgrade, the young pre-teen audience has stayed on board—wanting nothing more than to dress like Christina and dance like Britney.)

These trends reveal an increasing ignorance about the nature of true feminine beauty.

The Creator God equipped humans with the physical sense of sight, intending for things to be visually appealing—even the sight of a beautiful woman.

Though God places more emphasis on inner beauty, we still must acknowledge that God intended for women to be beautiful, even sexually appealing to the male—to carry feminine characteristics distinctly different from the man. The great Creator God, in His Word, describes women of surpassing beauty and attraction. Sarah, Abraham’s wife, was “a fair woman to look upon” (Gen. 12:11). Rebekah, his daughter-in-law, was also “very fair to look upon” (Gen. 24:16). A few other women in the Bible, like Rachel and Abigail, are simply described as “beautiful.”

The Bible goes to great lengths to describe the beauty of Esther, who was “fair and beautiful” (Esther 2:7)—so much so that her beauty caused her to obtain favor “in the sight of all them that looked upon her” (v. 15).

Verse 17 reads, “[S]he obtained grace and favour in his sight more than all the virgins; so that he set the royal crown upon her head, and made her queen ….”

Esther was known for her simple yet exquisite beauty. All those contending for Persia’s queen vacancy were allowed to adorn themselves in whatever manner they saw fit. Esther required little—undoubtedly her natural beauty captured the heart of this powerful ruler.

In a contrasting vein, God expresses his view of the women of modern-day Israel—the Western, Anglo-American world—who misuse their bodies and pervert feminine beauty (Isa. 3:16).

To become a woman means to become someone who embodies true feminine beauty—whose kindness, grace, polish, positivity and humility emanates from her eyes, her smile and her body language. This kind of woman exemplifies proper health and fitness, and adorns her body in stylish clothes that accentuate God’s sublime creation, yet with modesty so as not to foster lust in other men.

Beauty, attractiveness and femininity have never been so twisted. These are true values that, if deeply understood, would bring incredible joy and excitement to our lives. These values are captured in Herbert W. Armstrong’s book The Missing Dimension in Sex, which shows the divine reasons behind sex, marriage and family. You may request a free copy from us. It shows what the true values of beauty and sexual attraction are, and how God created them for a magnificent purpose!