There is no substitute for a parent’s God-given authority at home. 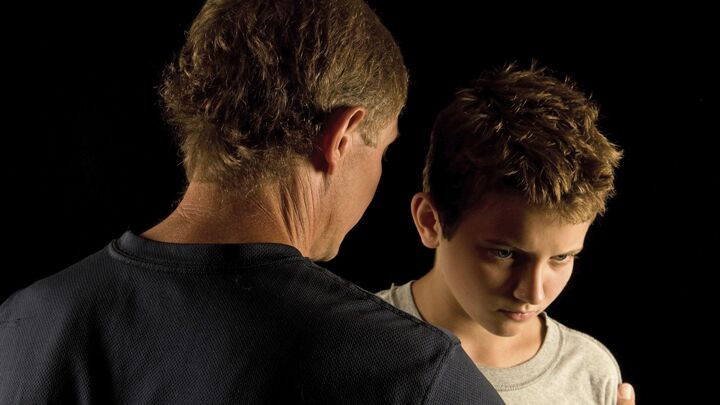 There is no substitute for a parent’s God-given authority at home.

When Philadelphia Mayor Michael Nutter lashed out at teenage delinquents at a Baptist church on August 7, I was struck by how well the congregation received his corrective rebuke—much of it aimed squarely at parents. Nutter hearkened back to his upbringing in West Philadelphia 40 years ago, when his parents enforced a simple code of conduct.

“That room? We let you sleep in that room,” Nutter said, paraphrasing his parents’ firm, no-nonsense approach. “Those clothes on your body? I bought those clothes. I brought you in here, I’ll take you out of here.”

This was no punch line at a Bill Cosby concert. This was a blistering sermon that invoked rousing applause and shouts of hallelujah and amen. This was a throng offering enthusiastic support for a citywide crackdown on youthful lawlessness and disrespect for authority.

“Now parents, please talk to your children,” the mayor pleaded. “They need to understand that there are serious consequences to aggressive, violent, idiotic, stupid behavior.” He then took aim at the teens: “If you want to be aggressive, we’re going to be aggressive” (emphasis added throughout).

Those who heard the mayor’s message—most of them parents—absolutely loved it. Said one black parishioner, “Our older generation fought hard and it wasn’t that long ago we got the right to vote. For some kids to take advantage of it like this is very troubling.”

Yet this woman, like many others who applauded the mayor’s message, appears to be a large part of the problem. When her 16-year-old daughter, who also attended the service, was asked about the mayor’s remarks, this was her sharp-tongued response: “I wasn’t paying no attention.”

Most of the congregants who packed that church to hear the mayor were three or four times older than that girl, who was one of the few young people to even bother attending.

She “wasn’t paying no attention.” The parents, on the other hand, couldn’t stop cheering! Why? Because many of them realize that they’ve lost control of their children—and they’re desperate for help. Many simply don’t enforce any rule of law or code of conduct within the home. And now they want the civil authorities to step in and be aggressive.

A year and a half ago, I remember reading several news reports about the American Psychiatric Association’s plan to update and revise its Diagnostic and Statistical Manual of Mental Disorders. The last revision occurred in 1994. Since then, to no one’s surprise, the “experts” have discovered a whole host of new mental illnesses, including behavioral “sicknesses” particularly common among young people.

Illnesses like oppositional defiant disorder. An individual with this, says the apa, is easily angered and often displays a “defiant, disobedient and hostile behavior toward authority figures.”

Then there is temper dysregulation disorder with dysphoria. This is the ridiculous psychiatric label given to children who have at least three temper tantrums per week!

It’s not simply a spirit of rebellion that can be driven out by parents who are willing to use authoritative discipline—it’s a mental disorder that must be treated with dangerously powerful, mind-altering drugs. As the Washington Post noted, these new disorders “could have far-reaching implications, including determining who gets diagnosed as mentally ill, who should get powerful psychotropic drugs, and whether and how much insurance companies will pay for care.” It’s little more than a multibillion-dollar pharmaceutical racket where untold millions of children are being treated like guinea pigs.

Not that drug companies and psychotherapists are primarily to blame. The root cause of our societal breakdown is the disintegration of the traditional family and the rule of law. Medicalizing youthful rebellion is just one of many all-too-convenient alternatives for parents who have abandoned their God-given responsibilities to uphold law and order in the home.

But what every parent must know and accept is that there is no substitute for God’s law! The very first form of government and authority a child comes into contact with is the family government inside the home. If this is non-existent, then how can we expect children to grow up with a healthy respect for law and government in society?

When the family breaks down, society soon follows.

This is why God thunders, through the Apostle Paul, “Children, obey your parents in the Lord: for this is right” (Ephesians 6:1). The very first thing God-fearing fathers and mothers must teach their children is to obey their parents!

And when children disobey, the Bible says that they should be corrected—not in anger or frustration—but in love.

“Foolishness is bound in the heart of a child; but the rod of correction shall drive it far from him,” says Proverbs 22:15. Children, in other words, need to be taught that there are consequences for aggressive, violent, idiotic and stupid behavior. It is within the home that children first learn that fighting, smashing glass, stealing toys, damaging property, ignoring rules and disrespecting government simply will not be tolerated. And if they want to be defiant, angry and aggressive toward the rest of the family members in their community, then parents must respond aggressively to their aggression.

Paul continued in Ephesians 6:2: “Honour thy father and mother; (which is the first commandment with promise;).” Learning to uphold and revere the office and authority of both father and mother is one of the greatest lessons—and blessings—any of us could ever learn!

This is, after all, one of the Ten Commandments! (Exodus 20:12). And it’s the first commandment that comes with promise. Notice: “That it may be well with thee, and thou mayest live long on the earth” (Ephesians 6:3). Obedience to the Fifth Commandment automatically builds habits and character traits that lead to long and prosperous physical life.

Ultimately, if we learn to honor and obey our spiritual Father through the process of Christian conversion, it leads to joy-filled eternal life in the ever expanding Family of Almighty God!