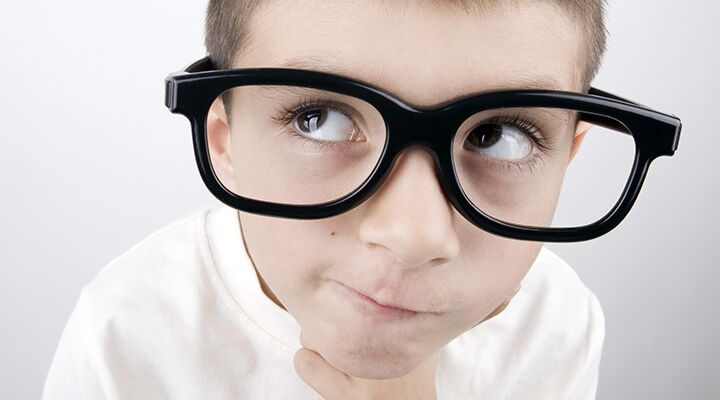 Reprinted from the Good News, October/November 1981
From the September 2011 Trumpet Print Edition

There is a proverb in the Bible most people do not understand. It says, “Train up a child in the way he should go: and when he is old, he will not depart from it” (Proverbs 22:6).

Yet many have believed they had followed that scripture, and when the child became a middle-aged adult he had departed from it completely.

I know a man approaching old age, who was taught the truth of God from infancy. As a growing child he was trained—even as one would train a dog to do certain things by repeatedly training him to do a certain thing until it became habit. Yet, passing middle age into old age, he departed from it. Why

Solomon was the wisest man who ever lived. His proverb was inspired by God. It is part of the Word of God. Then why did this particular man depart from it?

Because the father who trained the child did not understand at the time the other scriptural teaching about the spirit in man!

He assumed, like most do, that Solomon meant training as one would a dog, by teaching him to do certain things, enforced by a system of rewards for performance and punishment for disobedience. One can train a dog that way. The trick becomes fixed habit and the dog will continue doing it on command repeatedly.

But what almost no one understands is the difference between a dog’s brain and a child’s mind.

This human spirit enables the human person to think—to reason—to calculate—to make decisions. An elephant’s brain is larger than a human brain, and designed precisely like it—just as good qualitatively—yet the elephant brain cannot think, reason, calculate, make decisions and choices. Like a dog, an elephant can be trained to do certain tricks, such as people enjoy seeing in a circus.

Animals are equipped with instinct. A house dog automatically by instinct barks if one approaches the house. The dog does not think, weigh the matter, decide, “Shall I bark or shall I keep silent?” But I suppose that by repeated training a dog could be taught not to bark.

The child’s mind can think and reason. It can acquire knowledge a dog or an elephant cannot know. It is stated in 1 Corinthians 2:11, “For what man knoweth the things of a man, save [by] the spirit of man which is in him.” A dog or an elephant cannot know what a man knows. Man’s knowing, and power of self-decision, is imparted to the brain by the spirit that is in man.

The Spirit in Man

Now Adam, the first created human, was created with a spirit in him. The spirit was not a “soul.” The breathing physical man was the soul (Genesis 2:7). The spirit in him did not impart life to him. His breathing was the breath of life. “The blood thereof is the life thereof.” So says God.

Man has acquired by himself knowledge to build houses, make and operate automobiles, airplanes, computers. Yet in 6,000 years man has never learned how to get along with fellow man. Husband and wife clash and divorce. Parents can’t understand and properly train children. Children too often resent parents. Family can’t live happily with next-door neighbor. Management and labor clash, races of people clash, nations war against one another.

And man has not learned—and doesn’t seem to want to know—how to have a close association with his Maker.

Because man was made with one spirit, unlike animals, but he was made to need another spirit—the Holy Spirit of God.

The Creator freely offered His Spirit, which also begets eternal life, to Adam. But Adam rejected the Spirit of God (tree of life) and took to himself the knowledge of good and evil. He decided to acquire and produce by himself his own knowledge. Adam’s mind, as a result, was only half complete. He was not mentally “all there”!

But, limited to physical knowledge of the materialistic—knowledge that could come into his brain by sight, hearing, tasting, smelling, feeling—he still had a mind that could think, reason, calculate, make decisions.

What an animal does is automatic by instinct. What a human does is by thought—by reason—by decision

How to “Train Up a Child”

Now see where this leads us.

You train a growing child as you would train a dog or an elephant to do certain things a certain way. In some cases, because it has become habit, he may not change it.

But he has a mind that can think, reason, decide what to do and direct his actions differently from parental teaching—especially if an attitude of resistance, hostility, resentment of authority or prejudice—or if conformity to custom of his peers—causes a change of mind—and in later life because of disagreement he may entirely depart from childhood training. Where, then, does this lead us?

In earliest childhood, Satan begins to work on the child’s mind. He broadcasts not in words, sounds or pictures, but in attitudes of selfishness, hostility, disagreement, resentment and self-will. Most parents neglect teaching their children’s minds until teachers at school, about age 7, can teach them.

But Satan does not neglect your child’s mind! Satan begins broadcasting into it, when only a few months old, attitudes of selfishness and self-centeredness.

How, then, should you train up a child in the way he should go?

Not only by habit to do certain things a certain way, as you would train a dog, but train him to think for himself

Train him to think and decide according to the spirit and attitude of God’s law—love toward others, consideration for the good and welfare of others—and teach him that Satan’s way of selfishness and jealousy, envy, antagonism toward others, is wrong. Teach him to honor his parents. Teach the principle and attitude of God’s law of love to God and love to other people.

The psychologists cannot rightly teach you how to rear children. They do not know what the human mind is. Unless one has the Holy Spirit—and I know of no such psychologist—they are incompetent to teach child rearing.