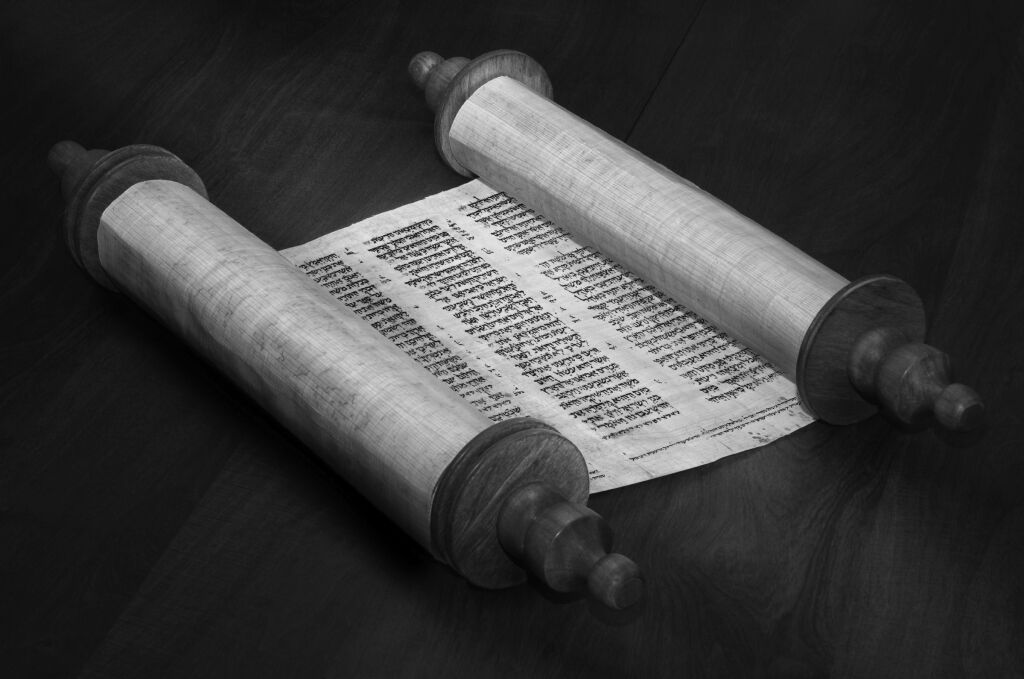 The Philadelphia Trumpet, in conjunction with the Herbert W. Armstrong College Bible Correspondence Course, presents this brief excursion into the fascinating study of the Bible. Simply turn to and read in your Bible each verse given in answer to the questions. You will be amazed at the new understanding gained from this short study!
From The August 2011 Philadelphia Trumpet
View Issue FREE Subscription 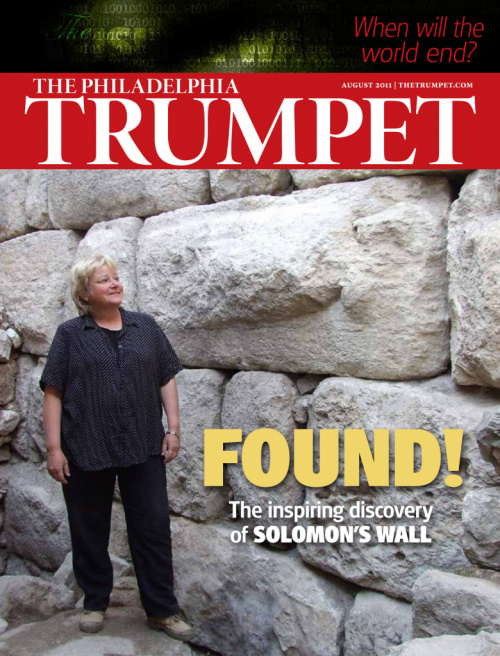 Many Christians think the Old Testament is not an integral part of the Holy Scriptures. They think it is only a collection of Jewish stories, with varying degrees of historical accuracy. Many today believe that some major events described in the Old Testament cannot be literally true.

Notice, however, these words from the New Testament: “Allscripture is given by inspiration of God …” (2 Timothy 3:16). The word inspiration in the Greek means God-breathed. In other words, God personally coordinated the Bible’s development and directly inspired its writing. The Bible—all of it—is the authoritative Word of God in print.

Let’s consider the authority of the Old Testament—from a biblical and archeological perspective.

Many Christians today do not think the Old Testament is historical fact. What did Jesus think?

1. What fundamental truth did Jesus tell us about Himself? John 14:6. Where are the prophecies about His life found? John 5:39.

comment: Notice that Jesus pointed to “the scriptures.” The only sacred writings that the Jews possessed that foretold the coming of the Messiah were the books of the Old Testament. Here, Jesus validates them as Scripture. He also cited the Old Testament as a true and reliable source of history.

2. Did Christ suppose that the first humans evolved, or did He acknowledge that Adam and Eve were created? Matthew 19:4. Compare Genesis 1:27; 5:2.

comment: Jesus not only confirmed Abel’s existence, but He referred to his righteousness as well. Also discussed in this verse is the murder of Zechariah, son of Barachias (or Berechiah, as the New King James Version renders it). Undoubtedly, this refers to the prophet of the Old Testament, whose father was Berechiah (Zechariah 1:1).

comment: Jesus gave personal testimony of the Flood! He corroborated its history, alluded to its causes and reiterated the universal death—except for Noah and his family—that occurred.

comment: Again, we have Jesus’s personal testimony of the veracity of Old Testament history, exactly as recorded in the book of Genesis (chapter 19).

6. Did Jesus verify that King David lived? Matthew 12:3. Did He identify King Solomon too? Verse 42.

comment: These scriptures prove that Jesus Christ believed and accepted the testimony of the Old Testament as absolutely authoritative!

Archeology Backs Up the Old Testament

In addition to the New Testament declaration of the reliability of the Old Testament, the relatively new science of archeology has confirmed without question the historical accuracy of the Bible. Solid, documented evidence apart from the Bible confirms events and persons that at one time were known only from Scripture. Let’s look at just a few discoveries.

The Behistun Inscription dates back to 516 b.c. and is an account of Darius the Great’s assumption of the Persian throne. It was written in cuneiform in three languages. The deciphering of this trilingual inscription in the 19th century was a tremendous breakthrough because it enabled thousands of other cuneiform writings of many Middle Eastern cultures to be translated—for example, the tablets at the ruins of Nineveh, Shalmaneser’s Black Obelisk, Shennacherib’s Prism and the epic poems of Gilgamesh and Enuma Elish. (These poems contain accounts of creation, the tower of Babel and the Flood that closely parallel the Bible.) The unlocking of the Behistun Inscription opened the door for archeology to confirm biblical history many times over!

Bible critics had long scoffed at references in the Bible to a people called the Hittites (Genesis 15:20; Exodus 3:8, 17; Numbers 13:29; Joshua 1:4; Judges 1:26 and elsewhere). Their opinion was that the Hittites were simply one of the many mythical peoples concocted by writers of the Bible, or at best, a small and unimportant tribe.

But the critics were wrong. Archeological discoveries toward the end of the 19th century of Hittite monuments at Carchemish on the Euphrates River in Syria, and later, in 1906, of thousands of Hittite documents in Turkey, revealed a wealth of information about Hittite history and culture. The Hittites were once a dominant people, exercising control over Syria and parts of Palestine.

Some critics also doubted that the Babylonian captivity of Judah actually occurred in spite of specific details given in 2 Kings 24-25. Once again, they were proved wrong! Twenty-one pottery fragments inscribed in the ancient Hebrew script were unearthed between 1935 and 1938 at a site thought to be ancient Lachish—one of the cities besieged by the king of Babylon at the same time as the siege of Jerusalem (Jeremiah 34:7). Called the Lachish Ostraca, or Lachish Letters, they were written during the very time of the Babylonian siege. Some of them were exchanges between the city’s military commander and an outlying observation post, vividly picturing the final days of Judah’s desperate struggle against Babylon!

In 1974 and 1977, Italian archeologists found approximately 17,000 cuneiform tablets and fragments at the site of ancient Ebla in northern Syria. The inscriptions on these artifacts date them prior to the 24th-century b.c. Noachian Flood. Similar finds were uncovered in Egypt and Mesopotamia. Many critics ridiculed the idea that Moses could have written the first five books of the Old Testament, saying that writing was unknown at that time. The Ebla tablets and other pre-Flood inscriptions prove otherwise. Writing was common centuries before Moses!

More recently, in August 2005, workers repairing a sewage-pipe break in Old Jerusalem uncovered the Pool of Siloam, mentioned in John 9:1-11. “Scholars have said that there wasn’t a Pool of Siloam and that John was using a religious conceit” to make a point, New Testament scholar James H. Charlesworth of the Princeton Theological Seminary said. “Now, we have found the Pool of Siloam … exactly where John said it was.” A Gospel that was thought to be “pure theology is now shown to be grounded in history,” he said (Los Angeles Times, Aug. 9, 2005). Many of the scholars were wrong—again. The Bible is accurate—always!

The same year, archeologist Dr. Eilat Mazar unearthed King David’s palace. The Bible says the king of Tyre built David a palace after he had conquered the Jebusite fortress and turned it into the City of David—or Jerusalem (2 Samuel 5:11). “But when the Philistines heard that they had anointed David king over Israel, all the Philistines came up to seek David; and David heard of it, and went down to the [strong]hold”—or, the fortress (verse 17). After reading this, Dr. Mazar wondered, “Down from where? Presumably from where he lived, his palace” (New York Times, Aug. 5, 2005). So she started digging immediately north of the City of David, right at the top of Mount Zion. And after just one season of digging, she discovered a massive wall, up to 10 feet wide in some places, and running 100 feet in length, east to west. Subsequent discoveries within the palace area have added to the proof that the structure is King David’s palace.

Skeptical of the Bible’s account, archeologists have long debated “to what extent Jerusalem was an important city or even a city in the time of David and Samuel” (Times, op. cit.). Some scholars suggest that King David and Solomon were nothing more than petty tribal chieftains who ruled over an area comprising little more than a few scattered rural clans. The massive structure found by Dr. Mazar refutes that view!

Most recently, Dr. Mazar discovered King Solomon’s wall, mentioned in 1 Kings 3:1. The wall not only confirms the presence of Solomon in Jerusalem, it confirms the biblical narrative of Israel as a large and advanced kingdom (article, page 10).

There are literally hundreds more archeological discoveries that corroborate Bible history. In his book A Survey of Old Testament Introduction, Gleason Archer Jr. quotes author John Elder as saying, “Little by little, one city after another, one civilization after another, one culture after another whose memories were enshrined only in the Bible, were restored to their proper places in ancient history by the studies of archaeologists …. Contemporary records of biblical events have been unearthed and the uniqueness of the biblical revelation has been emphasized …. Nowhere has archaeological discovery refuted the Bible as history” (emphasis added).

You can count on the Old Testament to be accurate and true!

comment: Christians are to be “doers of the law” (Romans 2:13; see also James 1:22). The Ten Commandments spoken at Mount Sinai are binding today in both the letter and spiritual intent. The Old Testament preserves God’s law, as well as many other principles and judgments that Christians should still live by today.

2. Why else was the history of ancient Israel preserved in the Old Testament? 1 Corinthians 10:11; Romans 15:4.

comment: We are the people living in the final throes of man’s civilization! God preserved the history of ancient Israel’s rebellion “for our admonition” so we would learn lessons from it and not repeat the same mistakes. Only the Bible can teach us those lessons.

comment: All Scripture, Paul wrote, was inspired by God or, more correctly, “God-breathed.” When he recorded these words, the only “Scriptures” in existence were the Old Testament. The New Testament was not completed. Paul taught that all Scripture is to be used to establish doctrine, correct false beliefs or errant behavior, and instruct and train in righteousness!