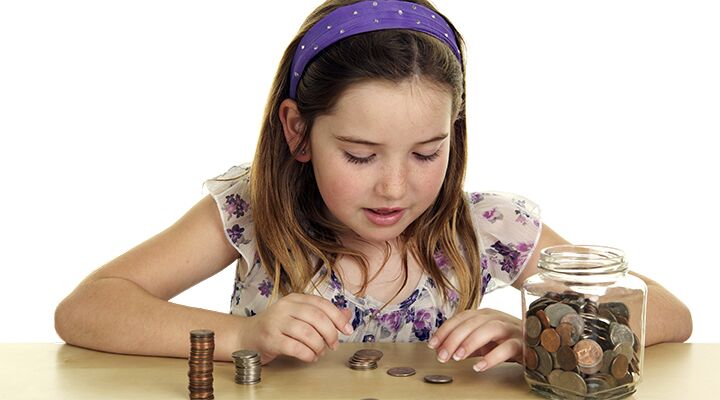 From the August 2011 Trumpet Print Edition

The average college freshman will receive eight credit card offers during just his first week of school. Across the national student body, 76 percent of enrollees carry at least one credit card and on average owe a balance of $2,200.

Meanwhile, the percentage of “very happy” Americans peaked in 1957. Since then the figure has steadily declined despite most people consuming twice as much.

Here are two more startling facts. Fifty-two percent of teens say that when they want or need something, they simply ask for money from their parents or guardians. And 41 percent of teens get an allowance regardless of whether they do any chores.

Can we connect the dots? An alarming number of “highly educated” adults struggle to manage their money—simply because, when they were young, no one taught them how.

Proverbs says to train up a child in the way he should go, and when he is old he will not depart from it. Teaching youths how to handle money is not the school’s or the government’s responsibility—it is yours. The Bible commands parents to educate their children. It should be an everyday routine (Deuteronomy 11:19).

We can help our children learn important personal finance concepts that will pay dividends for the rest of their lives.

First, teach them to give.

This may seem counterintuitive, but the way of give is the foundation of God’s way of life that leads to physical and spiritual prosperity.

One of the best ways to teach your children about this way of life is through tithing and giving offerings. Don’t just show up to church and hand your child a couple of bucks to give as you are walking in. He must know how important giving and paying tithes is to you. If we don’t spend time and effort planning our offerings and calculating our tithes, how can we expect our children to value these biblical commands?

Teach your child to budget and plan ahead for these opportunities to give. The skills they will learn from this effort alone—working hard, saving, sacrificing, contributing to something bigger than themselves—will help them for life. Plus, the same scripture that commands tithing promises blessings when we obey. God loves a cheerful giver (Malachi 3:10; 2 Corinthians 9:7).

It is never too early to establish good financial habits.

I was startled a couple of months ago when my son—not quite 3 years old—began asking me about money. My wife and I had been teaching him the Ten Commandments and were explaining what stealing meant. We told him that if you want something you need to save up money and pay for it.

A couple weeks later, the money questions came. I explained that I earn money because I go to work. And that people at stores need money too, so they trade things like food and clothes for money. I tried to show him the difference between nickels, dimes and pennies and how it takes different amounts of each to add up.

His excited response? “I want to buy something.”

On Mom’s next trip to the grocery store, she let him buy something, and helped him count out the quarters. He was thrilled to be such a “big boy.”

There’s something addictive about buying things with other people’s money. He naturally wanted to do it again. But the next time we went shopping, he got a different response: “No.” Disappointed, he said something along the lines of, “But I want it!” and “Dad, couldn’t you just buy it?”

Time to teach him “delayed gratification.”

Too many people have never learned self-control. The “I want it now” mentality has caused untold financial problems. Plus, saying “no” to your children’s wants can be a good way to teach the value of money. It is a truth that people don’t value things that come easily. If you give your children whatever they want, not only will they become spoiled, but they will fail to make the connection between earning money and being able to have things.

This is why giving allowances has been harmful to so many children. Children don’t understand how much hard work is required in the real world to earn those green pieces of paper. Money expert Dave Ramsey says that the concept of paying commissions for specific work is better than giving allowances. But this too can be dangerous if your children begin to believe they should be paid to do jobs that are just a part of being a family.

The point is that at a young age, children need to learn to appreciate money, as well as the hard work associated with earning it.

With small children (younger than 5), teach about saving money using clear jars or a piggy bank. Let them see their money grow as they add coins to the jar. Visual reinforcement can be a powerful tool. Be excited for them when they add the quarter they found on the street, or the dollar or two that Grandpa gave them.

When they are older (perhaps 5 to 12), consider the envelope system to teach them about giving, saving and spending. Have four envelopes labeled “tithes,” “offerings,” “savings” and “spending.” When they receive a gift of money for exceptional grades, or they shovel the neighbor’s driveway, teach them to divide their money up into the proper categories.

And remember, there must be some spending to keep it fun and fulfill short-term goal setting. But when the spending envelope is dry—and depending on the child, that might not take long—there should be no pilfering from the savings envelope. That is for long-term goals, and for teaching the value of having an emergency savings that you never touch.

If you have teenagers, help them open a savings and checking account. Teach them how money in a savings account earns a return, and how interest compounds and grows your savings over time. Also teach about the dangers of debt and having to pay interest on borrowed money. Make sure they know how credit cards work and how they can get hit with fees, penalties and high interest rates. If you don’t understand all these concepts yourself, the Internet contains valuable resources to help (and write for our free booklet Solve Your Money Troubles!). Show why a debit card is different from a credit card. Another good exercise is to teach your children how to balance a checkbook and to keep tabs on their account.

With older teens, especially those with jobs, make them pay for some things themselves. Help them set long-term savings goals. Teach them that not all expenses are things you look forward to, and show them that paying for others can be rewarding.

I remember the students in high school whose parents bought them a car when they turned 16. Inevitably, they became the ones who had to buy the bigger, fancier-than-they-could-afford cars or trucks later—on credit.

As a parent, it is our job to help our children avoid the pitfalls of life.

At Imperial Academy—a grade school and secondary school run by the Philadelphia Church of God, which publishes the Trumpet magazine—grade 11 and 12 students take a personal finance class. One of the assignments they receive is to interview someone from a previous generation about their money habits. How did Grandpa or Great-grandma handle money? What was it like back then? What money advice would they offer? What do they think about credit cards and borrowing money? How much money did they get paid? Did they ever receive an allowance? What did they spend it on?

You might be shocked at how much America has changed over the past few generations. It is obvious that many Americans have not taught their children to manage their finances. With each generation, we seem to be departing further from basic, sensible financial principles.

Whether you realize it or not, your children are learning from you. So make sure to set a good example, which is the most important teaching tool of all. Lead by example—and teach them!