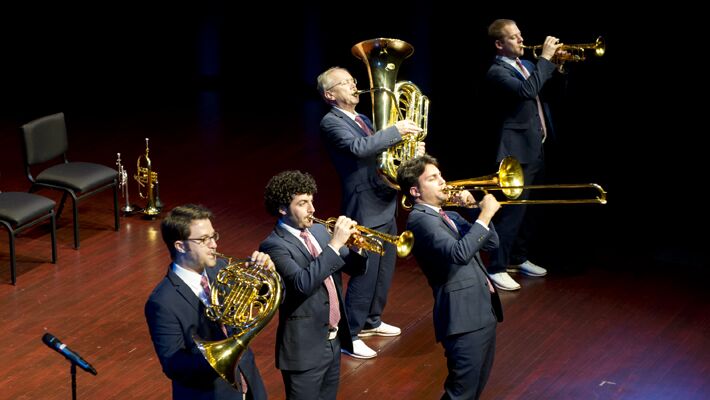 Readers who pick up this magazine for the first time may be surprised to know the Church that sponsors it also carries on other major educational and philanthropic projects.

Though we consciously think of this magazine as containing primarily a warning message, we do not think of ourselves as doomsayers, alarmists or even pessimists. In fact, the major part of our work revolves around positive, hope-filled, inspiring concepts—as we aim to demonstrate in every issue of this magazine, as well as within other projects of the Philadelphia Church of God.

As some of our readers know, a considerable amount of our resources is devoted to Herbert W. Armstrong College—a private, liberal arts college we raised up just over two years ago in Edmond, Okla. We believe that offering young people true, godly education is vital to the fulfilling of a Christian work.

Another arm of our work—the chiefly humanitarian side—is the Armstrong International Cultural Foundation. This aspect of our work, as with the college, traces its roots back to the founder of the Worldwide Church of God (wcg)—Herbert W. Armstrong. The pcg broke away from the wcg in December 1989, nearly four years after Mr. Armstrong died—once it was clear that the new administration was dismantling everything that Mr. Armstrong had built up and stood for.

From its inception, the pcg has sought to uphold God’s truth as restored through the teachings and traditions of Herbert Armstrong. Inextricably linked with Mr. Armstrong’s tradition was the college he raised up, Ambassador College, and the unparalleled humanitarian organization he began, known as the Ambassador International Cultural Foundation (aicf).

Although the aicf’s humanitarian activities stretched from Bombay to Brussels, the Philippines to the Netherlands, Tokyo to Cairo—with projects in Jerusalem, Jordan, London, Nepal and Okinawa—its most notorious achievement was undoubtedly its concert series, held in the incomparable Ambassador Auditorium in Pasadena, built in 1974. Concertgoers and performers alike praised its acoustical perfection and warm, intimate atmosphere.

This series brought excellence in the performing arts to the Los Angeles area by showcasing the greatest performers from all over the world during the 1970s and ’80s—artists such as the Vienna Symphony, Luciano Pavarotti, Joan Sutherland, Vladimir Horowitz and Mel Tormé.

After he died, the wcg wanted nothing to do with Mr. Armstrong or the legacies he left. Eventually, the aicf_was discontinued; the concert series ceased. Mr. Armstrong had spent $2.5 million a year to attract the finest artists in the world, and with the financial demise of the wcg throughout the early ’90s, church officials, in January 1995, said they no longer had the money to subsidize the arts. Ambassador Auditorium sits empty today, awaiting sale or demolition. Aicf projects around the world were stopped as well.

It was to keep Mr. Armstrong’s legacy alive that the pcg broke away from the wcg. In the mid-1990s, we raised up a humanitarian department, the Armstrong International Cultural Foundation. For its first project, it took over—ironically—a project that the defunct aicf had left behind in Amman, Jordan. As this project developed, and Foundation officials built close relations with many of the royalty in Jordan who remembered Herbert Armstrong, the Foundation began another project.

In 1998, a small concert series began—in hopes that it would one day grow to be a grand series in Mr. Armstrong’s tradition—supporting the arts by giving monumental cultural experiences to the area.

Now, just five years later, the Foundation’s concert series is providing cultural excellence in central Oklahoma. In November 2000, the Foundation brought the world-famous Vienna Choir Boys to Edmond for a concert, with other acclaimed artists the following season—thus bringing the Foundation into the public eye for the first time since its inception.

In 2001, after purchasing 160 acres in northern Edmond, the Philadelphia Church of God opened the doors of Herbert W. Armstrong College—the campus of which would become home to all the cultural activities of the Foundation.

In November 2002, the Choir Boys returned under the sponsorship of the Foundation—an event that also brought the Foundation and its new college home more into the limelight. The other event for that season, in March 2003, featured the internationally acclaimed Russian pianist Valery Kuleshov and German cellist Tess Remy-Schumacher.

Most recently, the Foundation launched its 2003-2004 season with the Edmond debut of the world’s most famous and beloved brass ensemble—the Canadian Brass. On the evening of September 14, the Edmond community was served with a spellbinding performance displaying the group’s versatile musical vocabulary, from George Frideric Handel to Jelly Roll Morton, from Giovanni Gabrieli to Glenn Miller. The ensemble—famous for its personality, charisma and white sneakers—charmed concertgoers with a brilliant array of selections, including a comic “brass” opera by musical comedian and composer Peter Schickele.

It was extremely special to us to have such a world-class group of artists performing for our series—especially as we aim to resurrect the legacy of a concert series unmatched in its own time. It was fitting that the group had also performed for the aicf’s series. Two of its members are still part of the original ensemble that began over 30 years ago; they remember well their performances at Ambassador.

Just as the Trumpet magazine sends a clear, bold message to the world—the Armstrong International Cultural Foundation, with its yet relatively small concert series, is aiming to do the same. Though the Foundation’s activities focus on the non-religious and avoid denominational language altogether, it still aims to champion God’s way of life—demonstrating that God’s way is that of serving, giving and sharing. Through the Armstrong International Cultural Foundation, we are able to practice this way as we share our beautiful campus grounds and some of the finest performers in music with the community around us.

We believe that the two-pronged concept to all our activities and goals must be the same as the Ambassador Foundation before us:_1) That man is a unique being, possessing vast mental, physical and spiritual potentials—the development of which should be aided and encouraged; 2)_that it is the responsibility of all men to attend to and care for the needs of their fellowmen. This is a precept professed by the vast majority of religions of the world—appropriately summed up in three biblical words: “Love thy neighbor.”

The Armstrong International Cultural Foundation, with Herbert W. Armstrong College as its home, will continue, with God’s help, to practice the giving, serving, sharing way of life with the community around it. We will continue to strive, within a world of mounting evils and ills, to show the beauty and hope in God’s creation, in the mind of man that He created, and the joy that the way of give truly brings to all who embrace it.