How to confront stress and take on a positive, peaceful mind! 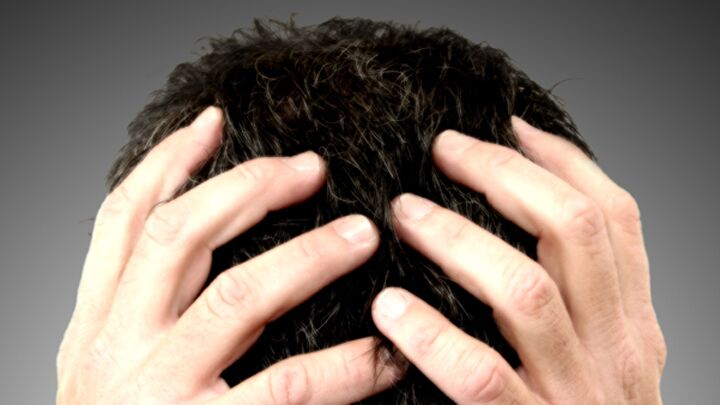 How to confront stress and take on a positive, peaceful mind!

Stress is the reaction of the body to perceived threats. Prompting us to fight or take flight, it is one of the body’s defense mechanisms—an aid to survival. Even the stress of everyday concerns such as getting to work on time, meeting deadlines and fulfilling our positions in life can elicit this response.

But there is a dangerous downside to excess anxiety, and today, many people are experiencing worry and stress in epidemic proportions. Inordinate levels of stress can result in deep depression to the point of substance abuse and addiction, suicide—even anger to the point of murder.

Stress resulted in the latter in the July killing spree at the Lockheed Martin plant of Meridian, Miss. Doug Williams was described in an interview with the Meridian Star as a non-smoking high school graduate who was kind, honest and a hard worker (July 11). Williams was taking medicine for depression and had attended an anger management course two years earlier. This man killed five and injured nine before taking his own life.

Not all stress leads to such extreme outcomes. Nevertheless, more than 19 million adult Americans have anxiety disorders, according to the National Institute of Mental Health. In addition, more than 2.3 million American adults suffer from manic-depressive illness in a given year, approximately 19 million experience depression, and more than 2 million are affected by schizophrenia. Around the world, according to the World Federation for Mental Health, there are 400 million people suffering from mental and neurological disorders. In the UK, it is estimated that 15 to 30 percent of workers will experience some form of mental health problems during their working lives. In Canada, 38 percent of the population have admitted having had psychiatric disorders, and in the Netherlands, 41 percent. In Finland, over half the work force experience stress-related symptoms.

The trend of such events as the Lockheed Martin shooting is growing. Why?

In 1985, Herbert W. Armstrong wrote, “You live in a world seemingly far advanced in science, technology, higher education and diffusion of knowledge. People think it’s a world of great progress. …

“But, paradoxically, it’s also a world of ignorance! Even the educated know not how to solve their problems and the world’s evils. They know not the way of peace or the true values of life! …

“It’s an unhappy, restless world in frustration, staring a hopeless future in the face. It’s a world ridden with escalating crime and violence, immorality, injustice (even in its courts of law), dishonesty, corruption in government and business, and continual wars, pointing now to the final nuclear World War iii” (Mystery of the Ages). Written 18 years ago, Mr. Armstrong’s assessment of world conditions becomes more relevant every day. All this increases our daily stress.

Many people offer practical ways to avoid some of the stress: Confiding our fears in someone we trust; learning to think before we act; striving for balance in life; striving to maintain a healthy lifestyle. These are all positive ways to help us live in a negative world.

However, in truth, the problem cannot be totally solved on the human level. Permanent healing is what we need! Repeated failure to solve the rising level of anxiety proves that it is not a physically based problem, which humans can deal with on their own; it is a spiritual one.

Counseling and drug therapies exist for those who desire such treatment. At best, however, drugs always have side effects, and counseling often only helps one live with the fear. In other words, these attempt to treat the effect of stress. They do not address the cause. One therapist acknowledges the limitations of such counseling. “So many people come to a therapist or counselor to help them get rid of their anxiety,” says Bob Rosenblatt, Ph.D., a private-practice psychotherapist in Washington, d.c. “The therapist’s job is not to do that but to help people cope with anxiety. Anxiety is a fact of life. … The therapist’s job is not to make anxiety go away but to help people deal with it and go on in their lives in the best way they can. You help them cope with their anxiety but you can’t eradicate it” (WebMD Medical News, Oct. 16, 2002; emphasis mine).

Modern counseling, drugs and therapies cannot solve people’s problems. All that can be achieved is the possibility of giving a person the temporary ability to live with the problematic situation. Drugs and applied psychology cannot make the problem go away. Science does not have the answer!

And the causes of our stress will steadily get much worse. The Bible points to a period referred to as a time of tribulation and destruction: “For then shall be great tribulation, such as was not since the beginning of the world to this time, no, nor ever shall be. And except those days should be shortened, there should no flesh be saved: but for the elect’s sake those days shall be shortened” (Matt. 24:21-22; see also i Thes. 5:3; Jer. 30:6).

The Positive Key to a Peaceful Mind

Only a relatively few today know genuine peace of mind—and peace of mind is imperative for good health. Physical solutions are not enough to obtain peace of mind.

For every effect, there is a cause. Why do we have a world based on the strong preying on the weak? Why do we have racial discrimination and strife? More to the point, why does it seem this world is in a headlong rush to destruction?

It is because society is generally under the control of an arch-demon who hates humanity with a raging passion! “And the great dragon was cast out, that old serpent, called the Devil, and Satan, which deceiveth the whole world: he was cast out into the earth, and his angels were cast out with him” (Rev. 12:9). Satan is the god of this world (ii Cor. 4:3-4), and the misery and death being inflicted on mankind is inspired by him. In the beginning, it was not that way.

The Eternal God created mankind (Gen. 1:27). He gave man an able mind with which he was to rule over the animal kingdom and the whole earthly environment (vv. 26, 28). God planned for His creation to exist in peace. To guarantee that peace, God set in motion spiritual laws, which, if obeyed, would bring blessings. If those laws were not obeyed, terrible curses would result (Deut. 28).

Long before schools of behavioral science learned that our negative emotions contribute to physical sickness and disease, God had revealed that knowledge to those who readily received His revelation (Prov. 14:30; 13:12; 17:22). He inspired the cure for anxiety problems to be included in the Bible. “Great peace have they which love thy law: and nothing shall offend them” (Ps. 119:165).

God’s law is the way to peace and happiness. “My son, forget not my law; but let thine heart keep my commandments: For length of days, and long life, and peace, shall they add to thee” (Prov. 3:1-2).

Love is the fulfilling of God’s law (i John 5:3; Rom. 13:10). That love casts out the fears, worry, anxiety and depression that cause mental anguish and the negative emotions that can wreck mental health (i John 4:18). That way of give—that type of love—is the essential key to mental health and emotional well-being.

When you begin to live the way your Creator designed you to live, you stop making the mistakes that produce feelings of anxiety and fear of the future. Learning to live God’s way of give also means you will stop reacting selfishly to situations. Depression, worry and negativity are all selfish reactions.

King David, in prayer to God, acknowledged, “Thou wilt show me the path of life: in thy presence is fullness of joy; at thy right hand there are pleasures for evermore” (Ps. 16:11). If you desire to bring yourself and your family out of the sometimes overwhelming stress, anxieties and worries of life, there is a way. It is already working in the lives of thousands of people who once were just as worried as you may be now.

Don’t become another negative statistic. You can begin to learn the way to peace, safety and true joy today!