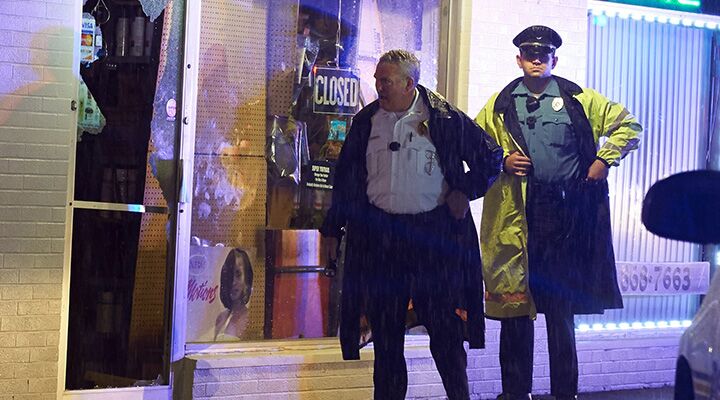 Human nature is the same as always, but we live in a different world.

We should’ve seen this coming. The seemingly harmless “flash mob” phenomenon, where young people use social media outlets like Twitter to organize group dances at crowded malls, has taken a violent turn for the worse. They’re now morphing into violent gangs that use texting and social media messages to plan mob robbings and assaults.

Last year in downtown Philadelphia, a group of violent youths started fighting with each other, assaulting pedestrians and vandalizing the central shopping district. This year in February, about 50 young people in St. Paul, Minnesota, assaulted a convenience store worker and then looted the store before law enforcement officials even knew what happened. In April, another group of 20 young people descended on a clothing store in Washington, D.C., and hurriedly grabbed $20,000 worth of merchandise before fleeing the scene in every direction.

In all of these cases, authorities believe the mob robbing was organized by cell phone texting.

In May, another group of teenagers used social media devices to coordinate an attack on a restaurant in New York. The teens suddenly showed up at the eatery and proceeded to kick over tables, fling chairs at employees and destroy equipment. After grabbing a few snacks, they left the scene almost as fast as they arrived.

In Chicago, the uptick in violent crime has turned some neighborhoods into war zones. Over Memorial Day weekend, for example, six people were gunned down and another 21 were wounded in shootings. There have been several other incidents of mob robbing violence in recent weeks. It’s gotten so bad that tourists have been warned of potential danger at the “Magnificent Mile”—the upscale shopping and dining district.

Earlier this year, two Illinois lawmakers even called on the National Guard to protect the streets of Chicago—the National Guard! This is Chicago we’re talking about—not Gaza or Fallujah—America’s heartland.

Chicago’s mayor has since added 150 policemen to the streets of the city to help curb these senseless acts of violence and murder. That, in itself, reveals how bad it is. Most major cities in the U.S. right now are being forced to scale back law enforcement resources because they’re broke. They have no money. Chicago is also up to its eyeballs in debt. But the streets are now so dangerous that it has no choice but to flood the city with more policemen.

And what are we to make of the random violence that breaks out at a fast food chain every week? Shouldn’t we have seen this coming too? Once the first brawl was caught on tape and later posted on YouTube, wasn’t it inevitable that many other copycat crimes would soon follow?

And when have we ever witnessed this much indifference and apathy from bystanders who watch such violent behavior firsthand and do nothing about it?

In April, at a restaurant in Baltimore, two young girls brutally assaulted another woman so badly that the victim slipped into a seizure. All throughout the sustained and brutal beating, which happened in front of many witnesses, the victim’s only defender was a little old lady who tried to fend off the criminals. The men, of course, were far too busy egging on the assailants with laughing and cheering. One of them even filmed the incident so that he could later post it online.

Not one man stepped forward to protect that woman.

Two weeks ago, Robert Morley wrote a powerful piece about an incident in San Francisco where a man suffering from suicidal depression decided to drown himself in the bay. Onlookers actually witnessed the incident, which went on for nearly an hour, as the man waded out into the bay to be swallowed by the rising tide. As he awaited his death wish, no one tried to save the man. Only one bystander called the police. Even after rescuers arrived, none of them attempted to save the man’s life.

Everyone just watched him die.

As Mr. Morley noted, you can find better examples of life-saving sacrifice in the animal kingdom. Like that herd of buffalo that rose in defense of that little calf being mauled by lions, one would think that a group of men—at least one man—would spontaneously intervene to protect a woman from being assaulted and beaten, nearly to death, inside of a restaurant.

Actually, there was a recent case of a “good Samaritan” who courageously stepped forward to break up a fight at a London McDonald’s. But what started out as a feel-good story of heroic manliness abruptly ended with a grisly scene one might see in a horror movie.

The courageous peacemaker was a father of four who had stopped at McDonald’s for a cup of hot chocolate. One of the two thugs he separated was a vicious street thug who redirected his fanatical rage at the dad who tried to separate the brawlers.

“You are gonna die tonight; you are not gonna see the morning,” said the gangster. He then phoned an accomplice and demanded him to fetch his gun. The father then fled the scene and was chased into a cul-de-sac where the killer proceeded to pistol-whip the father before shooting him three times execution-style.

It gets worse. A neighbor lady who witnessed the cold-blooded murder told the Daily Mirror that the victim was begging for his life (April 21). She was too terrified to reveal her identity.

“I didn’t dare look out my window in case they saw me,” she said.

In a world this saturated with evil and violence, you can see why people are afraid to step forward and help others. The Apostle Paul said it would be so dangerous in the last days that our society would lack natural affection and despise those who are good (2 Timothy 3:1-3).

The Prophet Isaiah described it this way: “[H]e that departeth from evil makes himself a prey ….” You could hardly find better words to describe this present evil world.

People deceive themselves by thinking there is no special danger right now—that the world has always been like this. Of course, human nature has always been innately selfish. The carnal mind has always brought its share of death and destruction into every age prior to ours.

But we simply live in a different world today. Human nature, having adapted to new influences and lower standards of decency, expresses itself far worse today. Added to that, modern technology enables violence and immorality to proliferate so much faster than it did before.

Jesus compared it to Noah’s day. During that age, the Bible says, man’s heart was on evil continually and the entire Earth was filled with violence. God’s assessment of our present age is the same as it was just before the Flood: “Behold, it was corrupt; for all flesh had corrupted his way upon the Earth” (Genesis 6:12).