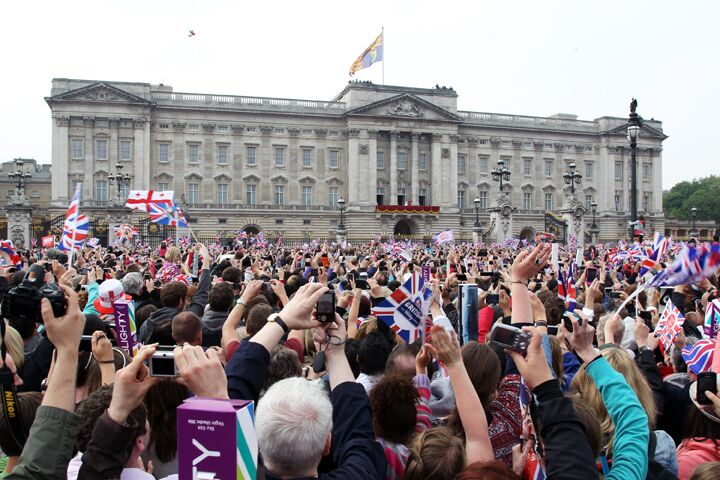 London—Around a million people lined the streets of London and gathered in parks and squares to celebrate the wedding of Prince William to Catherine Middleton. Two billion tuned in on tv and the Internet in what was probably the most televised event in history.

Their focus was not just on one glamorous couple, but on an institution dating back hundreds of years. Britain’s royal heritage was showcased at every turn. The venue, Westminster Abby, hosted its first royal wedding 911 years ago and its first coronation 945 years ago.

The couple signed the registry in the chapel housing the bones of St. Edward the Confessor, the English king born shortly after the end of the first millennium a.d.

They were escorted from the wedding to Buckingham Palace by an army division that has fought in battles that have since become household names around the world, including Blenheim, Waterloo and the Somme.

They sang songs with words by poets like Blake and Milton. There was music by Edward Elgar and William Walton.

Another, even older, institution was also at the center of today’s events: marriage. The 2 billion viewers heard a message about how marriage was “instituted of God Himself” and how “every wedding is a royal wedding” and that a married couple should, “forsaking all other,” remain loyal to each other for the rest of their lives. Although the couple didn’t demonstrate God’s teachings—the two lived together before their marriage, and the ceremony didn’t entirely follow what the Bible says—Catherine did not promise to obey her husband, for example—the world was focused on what many see as a dying institution.

Yes, for many attending, the most exciting moment was when they saw the bride’s dress for the first time. And several were wearing T-shirts with the words “Thanks for the Day Off.” But the world’s attention was focused on two ancient institutions that many believe should have already died off. The history behind these institutions and all the pageantry used to celebrate them today actually shows that there is a God behind both of these institutions. Without Him, they would have both died off years ago.

Believe it or not, the two institutions today’s wedding focused the world on contain the solution to all its problems.

To read the inspiring truth about marriage, read our free booklet Why Marriage! Soon Obsolete? And to find out about God’s connection with the royal family, see Brad Macdonald’s recent article “What You Need to Know About the Royal Wedding.”