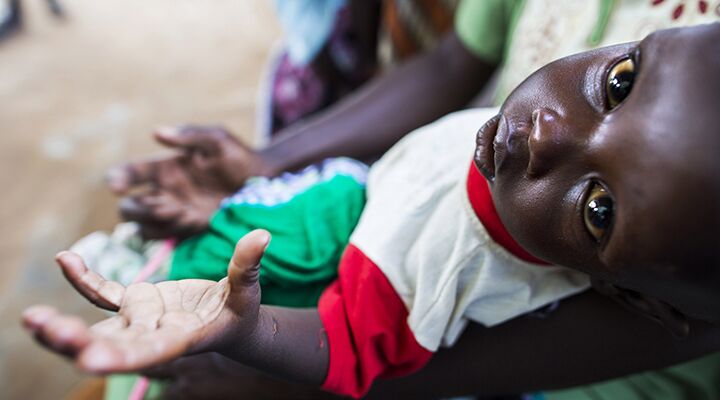 That morning’s encounter is seared into my memory. Stepping out of the Hilton hotel in Sudan’s capital, Khartoum, and walking down the road took me past a woman sitting on the corner. Her body, stick-boned from starvation, hung in a dejected pose, and her big, dark, hopeless eyes implored intervention. A dead baby dangled from her arms.

According to figures recently released by the UN’s Food and Agricultural Organization, 6 million children under the age of 5 die each year of hunger and malnutrition. Put another way, an astounding 10 percent of children in developing countries hardly learn to walk before dying of hunger. Many who survive beyond the toddler stage are stunted, and their brains are often severely impaired.

Compassionate people have been saving their pennies to help the poor, and, for decades, thousands of aid workers have been doing an outstanding job in attempting to feed whole nations, even in some cases successfully helping isolated communities become more self-supporting. That said, too often their success is largely cosmetic, rather than lasting. For example, sub-Saharan Africa is still the part of the world that suffers most from famine, despite the multi-billion dollars’ worth of aid being poured in. Abject poverty leading to starvation and often death continues its stranglehold to differing degrees on most Third World countries.

Famine is one of the conditions prophesied in the Bible for the last days. When asked by the disciples what it would be like in the end time, Jesus Christ gave as one of the signs, “[T]here shall be famines …” (Matt. 24:7). Mankind is not capable of breaking the apocalyptic back of the black horse of famine (Rev. 6:5). The statistics tell the story. There are 1.2 billion people—23 percent of the world’s population—each subsisting on less than a dollar a day!

Even after desertification and other forms of man-made geological destruction, the Earth today still has enough arable land to produce plenty of food for its inhabitants. Yet starvation continues to be a pervasive problem. Not even promising modern means of food production, intended to provide freedom from pests and bad weather, have been able to solve the problem. Technology, innovation, money—none of these can eradicate famine as long as humanity is plagued by human nature and, in general, lives the way of get.

Consider: Famine isn’t always the result of drought, pestilence or crop failure, but can just as well stem from financial mismanagement or corrupt government. Take Argentina for example. Last year, as its economy imploded, it was reported that “Children are dying daily of malnutrition in Argentina as a result of the catastrophic economic crisis in the world’s fourth biggest exporter of food. In the past week, images of stunted, emaciated children have scandalized Argentina, long known as the grain store of the world. Meanwhile, the vast, fertile country has increased exports of meat, wheat, corn and soya this year” (Guardian, London, Nov. 25, 2002).

Argentina is now undergoing economic reconstruction. But what about other regions such as the economic basket case of Central Africa? They totally lack such hope.

Charities and foreign aid are not the long-term solution. Take charities and U.S. foreign aid out of the picture for just a few weeks, and dependent regions would quickly fall back into the abyss of dire famine. A more fundamental change is required.

Man’s government and his rebellion against God have only brought misery, suffering, starvation and death. God’s government, underpinned by the immutable Ten Commandments, on the other hand, will bring abundance, prosperity and real happiness forever!

Though some experts predict significant reductions in starvation—through humanity’s own efforts—that is not what your Bible reveals. Human greed and ungodliness will ensure it won’t happen that way. The Bible prophesies that the devastation caused by end-time hunger will get steadily worse until practically the whole world will be in the grip of hunger when Christ returns.

Hunger crises are about to flare up all over the globe. In fact, it is the affluent nations, in particular Britain and America, that your Bible prophesies will suffer the most in the future. Their mass sinfulness is prophesied to bring on great curses of famine, starvation and slavery!

Though, in a relatively short time, the whole world will come to know the horror of famine to a degree never before witnessed, there is an escape for the called of God who repent. And soon—very soon—never again will a woman have to beg with her dead baby to survive! Read our free book Mystery of the Ages to find the real hope at the end of all this suffering. The world certainly needs the hope contained in its message.