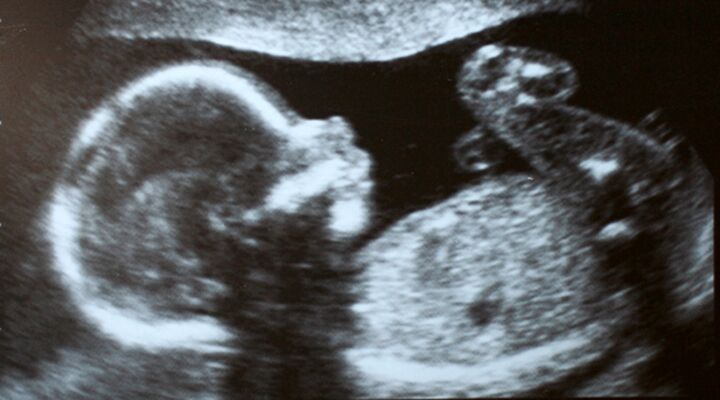 In February of last year, federal agents raided a West Philadelphia abortion clinic on the suspicion it was distributing prescription drugs illegally. What started as a routine drug bust ended with a nauseating tour through a disgusting scene one might expect to find in a Third World country—but certainly not in Pennsylvania.

The facility was filthy. Flea-infested cats roamed the hallways. There was blood on the floor, animal excrement on stairwells. The stench of urine permeated the air. Medical instruments were left unsterile. Moaning, drugged-up patients were covered with blood-soaked blankets. And the remains of 45 fetuses were strewn all over the facility, stuffed in bags, jars, plastic jugs, juice cartons—even cat-food containers. Citing “an immediate and clear danger to the public health and safety,” federal authorities quickly moved to shut down the clinic and suspend Dr. Kermit Gosnell’s medical license.

In January, a grand jury finally charged Gosnell with eight counts of murder following the wrongful deaths of one woman and seven newborn babies.

“My comprehension of the English language can’t adequately describe the barbaric nature of Dr. Gosnell,” said District Attorney Seth Williams during a news conference. According to the 260-page grand jury report, Gosnell was running a drug mill by day and abortion factory by night that netted him $1.8 million a year.

“Gosnell catered to the women who couldn’t get abortions elsewhere—because they were too pregnant,” the report charges. “Most doctors won’t perform late second-trimester abortions, from approximately the 20th week of pregnancy, because of the risks involved. And late-term abortions after the 24th week of pregnancy are flatly illegal. But for Dr. Gosnell, they were an opportunity. The bigger the baby, the more he charged” (emphasis mine throughout).

Gosnell’s preferred method of performing late-term abortions was to prescribe drugs to induce labor and delivery, which often resulted in the birth of live babies. He then murdered the newborns by severing their spinal cord with scissors—a process he referred to as “snipping.”

In one particularly gruesome case, he induced the labor of a 17-year-old girl who gave birth to a healthy, 18-inch-long, 6-pound baby boy. “This baby is big enough to … walk me to the bus stop,” Gosnell allegedly joked during the procedure. Gosnell then slit his throat and dumped the body into a shoebox.

Prosecutors say the “really big” abortions were generally scheduled for Sundays, when the clinic was closed and the regular employees were gone. On these days, Gosnell and his wife would take care of the “abortion” and then dispose of patient files in order to cover their tracks.

But in numerous cases, Gosnell’s assistants killed babies when the doctor was absent. In one, a nurse played with a newborn baby for several minutes before stabbing him in the neck as she had seen Gosnell do so many times before.

Evidently, this sort of thing happened hundreds, if not thousands, of times over the course of decades. And it’s not like there weren’t red flags along the way. The Philadelphia Inquirer said Dr. Gosnell became a lightning rod for controversy as early as 1972, when nine women experienced serious complications after he experimented with a plastic coil to induce abortions. “If you’re not making mistakes, you’re not really attempting to do something,” he said at the time.

Gosnell opened his clinic in 1979; the Pennsylvania Department of Health didn’t inspect it until 10 years later, when it discovered numerous health violations at the facility—all of which Gosnell promised to fix. Inspections in 1992 and ’93 also turned up various violations. But nothing was done—no investigations followed. After 1993, the grand jury report asserts, the Department of Health abruptly decided to stop site reviews due to “political reasons.” Such inspections, officials concluded, would be “putting a barrier up to women” seeking abortions.

It would be better for women, abortion lobbyists argued, to leave the clinics alone—to let them do as they please. And so, this monster in Philadelphia was able to murder hundreds, perhaps thousands, of babies who survived illegal abortion procedures. And who knows how many women have been abused or permanently damaged by Gosnell’s barbaric practices. He’s been sued 46 times since 1981. And we know of at least one woman who was drugged up so heavily under Gosnell’s care that she later died in his clinic.

What a priceto pay to make it easier for women to get an abortion. Since Roe v. Wade, nearly 50 million unborn babies have been killed in America. And yet our spiritual sickness is so grotesque, we want to make it easier to slaughter more innocent lives—even if it means turning a blind eye to the grisly acts of “doctors” like Gosnell.

The media blackout of Gosnell’s mass murder is even more despicable than the deeds themselves. abc News and msnbc completely ignored the Gosnell case. cbs Evening News and nbc’s Today only covered the story once. cnn and Fox News followed the story for a few days, but that’s pretty much it. Why the silence? Because of a widespread determination to cover up the ugly truth about our culture of infanticide.

Philadelphia’s “house of horrors” is not an isolated case; it’s the tip of the iceberg. And the news media deliberately downplayed it. As Jeffrey Kuhner wrote in the Washington Times, “Exposing what takes place in facilities run by the likes of Dr. Gosnell would shock voters into taking decisive action to make abortion illegal. This is why the killing of innocent unborn children is done largely away from public view. It is a creeping, hidden genocide that can continue only if the fiction of abortion being a ‘medical procedure’ is maintained.

“It isn’t. Abortion is the deliberate, systematic slaughter of babies in the womb. It is state-sanctioned infanticide” (January 20).

God prophesied that people in these latter days would be “without natural affection” (2 Timothy 3:3). Nowhere is this fulfilled prophecy more obviously evident than in our genocidal culture that makes it incredibly easy to snuff out human life by the millions.

Any means by which people cut off that human life demonstrates a pitiable ignorance—a lack of true education—about the purpose for human life and the incredible potential bound up within it. To learn more about God’s divine purpose for man, request a free copy of our book The Incredible Human Potential.