What the ayatollah, Darwin and Freud were missing out on 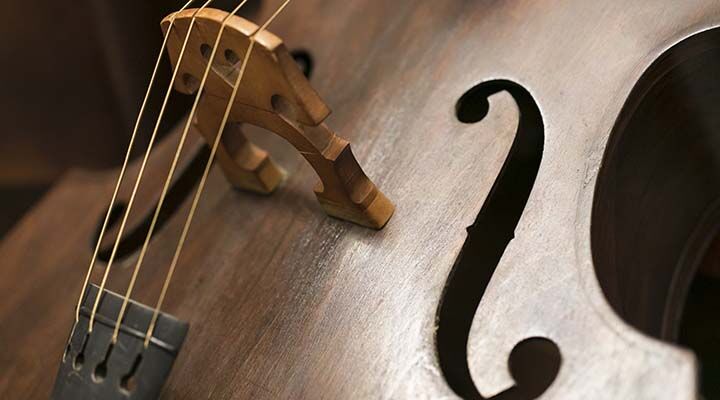 What the ayatollah, Darwin and Freud were missing out on

“It’s better that our dear youth spend their valuable time in learning science and essential and useful skills.” Those were the words of Ayatollah Ali Khamenei last August when he denounced all forms of music as “not compatible with the highest values of the sacred regime of the Islamic Republic.”

It’s not unusual for dictators to forbid harmless or even worthwhile endeavors that they find threatening to their authority. But did the ayatollah have a point? Are science and other skills more “useful” to our children than music? Many people apparently think so, just judging by the impoverished music programs of the average public school.

How important is music to our existence? Our underfunded music curricula aren’t able to answer that respectably. Even some recent efforts to validate music have backfired. Consider the famous “Mozart effect” study. Using faulty science, the study endeavored to show music’s usefulness—by proving that it improved students’ performances in “more important” subjects! “Think how absurd this would sound if we turned it inside out,” Daniel Levitin pointed out in his book This Is Your Brain on Music. “If I claimed that studying mathematics helped musical ability, would policy makers start pumping money into math for that reason? Music has often been the poor stepchild of public schools, the first program to get cut when there are funding problems, and people frequently try to justify it in terms of its collateral benefits, rather than letting music exist for its own rewards.”

What are music’s intrinsic rewards? How vital is it to life? Is it a frivolous hobby for the specialized few, or an extracurricular entertainment for the “undertalented” masses?

Centuries ago, such questions would have sounded absurd. Music and science were not considered at odds with each other. A scientist examining the ayatollah’s comment about “learning science and essential and useful skills” would have been flabbergasted that the ayatollah was excluding music from that grouping.

“It is a recent notion that music is a divertissement to be enjoyed in comfortable surroundings at the end of the day, far removed from the hurly-burly of life’s business,” writes Jamie James in The Music of the Spheres. “[T]hroughout most of the history of our culture, music was itself an essential part of life’s business. … [I]t was taken for granted throughout the whole history of the West that music was a defining human activity, and therefore every educated person was trained in the rudiments of music.”

James points out that music “remained an important constituent of mathematics in European education until the 19th century.” The concept of music existing merely to give pleasure would have been considered as ludicrous as the idea of believing that sex only existed to give pleasure. Thinkers before the 19th century believed music has a pure and enlightening purpose in human existence—that it links us with the eternal and the spiritual.

“Musical training was considered one of the high marks of refinement in the Middle Ages,” write Patricia Shehan Campbell and Carol Scott-Kassner in Music in Childhood. By the time of the Enlightenment, “Music instruction was more than ‘window dressing’ in European schools. It was viewed as ‘basic’ to the education of all children.”

Men of science long believed that music was not only sound that emanated from a minstrel’s lyre, but the way both the heavenly bodies and even the human body were ordered. It was no coincidence to them that the ratios dictating the measurements of the solar system were the same as the ratios in the frequencies that created the harmonies we found most pleasing, and that by understanding music, we could better understand the universe. Ancient scientists also believed our bodies and minds are a musical instrument. We find certain harmonies pleasing, in fact, because they agree with our own internal rhythms. Our bodies are soothed or stirred by music because they, like a taut string, vibrate sympathetically to sounds produced around them. Considering the healing properties of music, and new discoveries on how the brain reacts to music, we know they were on to something.

New brain-scanning technology is showing us some remarkable things about the impact of music on health and brain function. People who cannot talk have sung. People who cannot walk have danced! Medicine is further acknowledging something it should have known all along: the health-influencing properties of music. The healing properties of music (expounded in our July 2010 article “Well-Toned: A Whole New Meaning”) should be enough to make the case for music’s intrinsic worth in our lives.

The brain has no single music “center.” Listening to or performing music engages “every area of the brain that we have so far identified, and involve[s] nearly every neural subsystem” (Levitin, op. cit.). You could call it the best mental workout around. Physical education experts laud swimming for using all the body’s major muscle groups. Music, you could say, is the swimming of mental activities.

No wonder the corpus callosum (the area connecting the brain’s two hemispheres) is enlarged in professional musicians. No wonder studies have found that musicians distinguish and remember sound better than non-musicians.

But music’s impact on the brain is true for musicians and non-musicians alike. Brain imaging has shown that the brain “gives a little start of surprise when a passage of music takes an unexpected turn” even in someone without musical training (U.S.News and World Report, Aug. 5, 2001).

It is a mistake, in fact, as Music in Childhood points out, to buy into the “myth that few children are musically endowed”—one that “threatens the right of all to a musical education, and may even endanger a musical culture.”

Music aids our minds in that it can be a powerful mnemonic device. How many children learn the alphabet by having it attached to a Mozartian tune? How many remember the books of the Bible with the aid of a song? At the very least, we can all think of popular products sung to the tune of a commercial jingle.

Music is like a reliable secretary for your mind. Our brain is full of filing cabinets and papers, but of all forms of organization meant to put those papers in the right drawers, music is most effective.

Music was how the great Irish minstrel-bards were capable of retaining and recalling so much information in their advisement to the Irish kings: They knew, as Dr. Oliver Sacks writes in Musicophilia, that “music … has played a huge role in relation to the oral traditions of poetry, storytelling, liturgy and prayer. Entire books can be held in memory.”

Music benefits our mental, physical and emotional health. It aids our thinking and our moods. It also aids our children through their earliest development—even while still in the womb.

Study after study is emerging showing that when our children have musical training, they tend to excel in their development and may even enjoy a boost in IQ. (The studies cite the neurological benefits, though we can’t count out the behavioral habits that regular disciplined practicing instills.) Some educators are taking note, and Kindermusik and other music programs are receiving more funding.

Research also suggests that the brain is prewired for music from infancy and can learn music as quickly as it can learn speech. Because of parents’ tendencies to speak to babies in singsong, Sandra Trehub of the University of Toronto speculates that “we are born with a musical brain because music provides a special communication channel between parent and child” (U.S. News, op. cit.).

Music in Childhood states, “Children are stimulated intellectually, physically, and even spiritually in their recognition of music for its own sake as well as its integration with their knowledge of the humanities, the sciences, and the social studies.”

As off base as the ayatollah’s comments may seem, he is in famous company—particularly among two thinkers who shaped the musically handicapped modern education system as we know it today: Sigmund Freud and Charles Darwin.

Not only was music simply not important to them, there appeared to be some great chasm between them and this illustrious element of humanity. In all his writings, Freud mentioned his personal connection to music only once: “I am almost incapable of obtaining any pleasure [from music]. Some rationalistic, or perhaps analytic, turn of mind in me rebels against being moved by a thing without knowing why I am thus affected and what it is that affects me.”

Darwin was similarly unmoved by it. “Formerly … music [gave me] very intense delight. But now … I have almost lost my taste for … music,” he wrote. “My mind seems to have become a sort of machine for grinding general laws out of large collections of fact. … The loss of these tastes is a loss of happiness, and may possibly be injurious to the intellect, and more probably to the moral character by enfeebling the emotional part of our nature.”

Perhaps this inability and even blatant refusal to enjoy music by the fathers of modern psychoanalysis and modern evolutionary thought is evidence of their—ahem—mental instability.

“Music is part of being human,” Dr. Sacks writes, “and there is no human culture in which it is not highly developed and esteemed. Its very ubiquity may cause it to be trivialized in daily life: We switch on a radio, switch it off, hum a tune, tap our feet, find the words of an old song going through our minds, and think nothing of it.”

How important is music? So important, in fact, that it ironically becomes trivialized by its very saturation of our lives. May we never let that familiarity breed such contempt that we forget its impact on our existence, how intrinsic it is to the world created around us, and how vital it is to the instruction, development and maturation of our children.