Why giving money to the poor isn’t working. 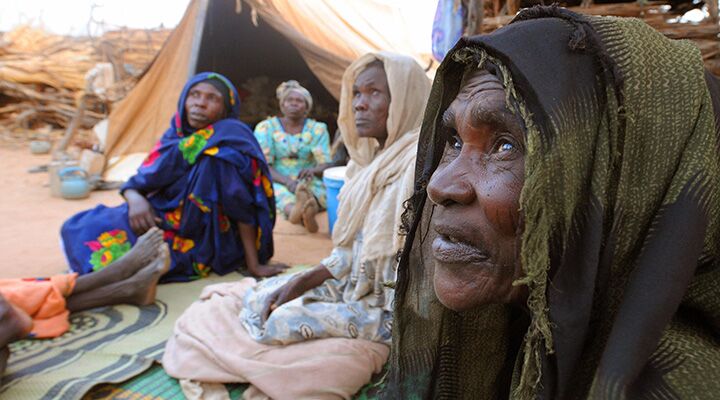 Why giving money to the poor isn’t working.

Since the grand opening of Armstrong Auditorium in September, we have received an outpouring of positive response—mostly from Church members and co-workers who helped fund the project.

We have also gotten a handful of negative responses, which is not unusual. But the interesting thing is that all the critics have essentially said the same thing: That the money used to build Armstrong Auditorium would have been much better spent if it had been given to poor people.

Critics of God’s work have often moaned about the way it uses God’s money.

As I point out in my book Raising the Ruins, Herbert W. Armstrong—one of the most prominent religious leaders of the 20th century—raised up a worldwide work that helped improve the lives of multiple millions of people. Yet, that did not stop his successors from badmouthing the way he went about building God’s work.

“We neither have nor promote an extravagant lifestyle,” Joseph Tkach Jr. smugly said in his book Transformed by Truth. “We have divested ourselves, and continue to, of those things that are opulent and do not befit a church.”

And yet, even as they were canceling or slashing programs Mr. Armstrong established for the benefit of church members and their families, and for millions of co-workers and Plain Truth readers, the Tkaches were collecting hundreds of millions of dollars in income. The Worldwide Church of God income hit its peak in 1989 at $212 million. In 1990, it was $211 million, followed by $197 million in 1991.

By today’s standards, after adjusting for inflation, that amounts to more than $1billion. One billion dollars over the course of three years. And the money continued rolling in right up to the time Tkach Jr. wrote his book in 1997.

In addition to receiving that staggering income, the Tkaches were profiting from the business of “divesting” themselves of the “extravagant lifestyle” Mr. Armstrong built. They sold off all the festival sites used by church members. They sold the campsites Mr. Armstrong built for teenagers. They shut down the college campuses Mr. Armstrong raised up for the work and for young people. They canceled the World Tomorrow program, watched by hundreds of thousands each week. They discontinued literature read by millions. They sold the property and all the buildings used for preaching the gospel to the world. They sold the airplane Mr. Armstrong used to visit church members and world leaders. They auctioned off equipment, paintings, sculptures and personal gifts world leaders had given to Mr. Armstrong. They sold literature, libraries, instruments, pianos, chandeliers, candelabra and furniture—virtually anything they could get some cash for.

And today, the Worldwide Church of God doesn’t even exist.

Through it all, these leaders spoke often about funding pensions and giving to the poor. Mostly, though, like Judas before them, they just lined their own pockets.

Judas, remember, was appalled when he saw Mary anoint the feet of Jesus with some costly ointment. Why, we could have sold this expensive ointment for 300 pence and given all of the proceeds to the poor, he said.

Judas said this, John 12:6 relates, not because he cared for the poor, but because he was a thief. He didn’t care about poor people. He cared about himself. And in the end, he betrayed Jesus Christ for 30 pieces of silver.

In Matthew’s version of the incident at the house of Lazarus, Jesus reproved His disciples for being so easily swayed by Judas’s feigned show of concern for poor people. “Why are you annoying the woman?” Jesus asked. “It is a beautiful thing she has done to me. The poor you always have beside you, but you will not always have me” (Matthew 26:10-11, Moffatt translation).

He went on to say that by pouring that precious ointment on Christ, this woman’s act of kindness would be remembered wherever the gospel message was proclaimed! What a witness.

Still, the movement to “solve” the problems of this world by giving handouts to the poor is powerfully strong—and the strength of its message shows no signs of abating.

The War on Poverty

Look at America. More than 40 years ago, after declaring war on poverty, President Lyndon Johnson created all sorts of entitlement programs intended to help poor people—food stamps, Medicare and Medicaid, just to name a few.

And what has been the result?

Today, the poverty rate in the U.S. is at 15 percent—the highest in 50 years. That means one in seven Americans now lives below the poverty line. Forty-five percent of American households do not pay federal income tax. They are too poor. And the gap between the rich and the poor just keeps widening.

The Wall Street Journal recently reported that nearly half of all Americans live in a home where someone receives government benefits. More people depend on the government for their economic survival than ever before. Nearly 42 million Americans now receive food stamps—the most ever.

Ever since the “war on poverty” began, America’s budget for entitlement programs has skyrocketed. These programs now eat up 64 percent of the $3.2 trillion federal budget! In 1960, it was just 26 percent.

And it’s only going to get worse. Today, 47.4 million people are enrolled in Medicare, a 38 percent jump from 20 years ago. Twenty years from now, in 2030, that number is projected to be more than 80 million!

In 1984, Mr. Armstrong happened to be watching a tv evangelist preaching from an African village where emaciated and starving children were seemingly dying by the minute. The purpose of the message, he said, was to use the revolting, stomach-turning scene to help make an emotional appeal for donations.

Mr. Armstrong compared that program to one of his own World Tomorrow episodes that also highlighted the scourge of poverty, illiteracy and ignorance that exists in most areas of the world. The program then contrasted that scene with Western nations, where there was plenty of wealth, prosperity and advancement in the physical sense, but with people who were spiritually sick, depraved and addicted to illicit sex and violence.

The latter program, Mr. Armstrong explained, addressed the cause of this world’s physical and spiritual poverty. The other one only examined the effect of physical poverty.

“Just physically feeding the illiterate, poor and hungry does not eliminate the wretched condition, but rather perpetuates it,” Mr. Armstrong wrote (Dec. 16, 1984; emphasis mine).

This has been man’s approach for 6,000 years. Everything he tries in order to solve the problems of this world ends up making matters much worse!

Our work, God’s work, confronts the cause of evil we see everywhere in this world, which is why our supporters are so dedicated—and why God continues to bless it with such abundance.

At a recent meeting among church members, editor in chief Gerald Flurry made this clearheaded remark: “The way you take care of the poor is to get them to look to God and work like God, and then they will soon prosper like God!” It reminded me of what he said 10 years ago when we were about to kick off our building program here on our headquarters campus.

“There is a cause for every effect. If you can make one small area on this Earth inspiring and uplifting, you can make the whole Earth that way!” he wrote in the August 2000 Trumpet. “There is a reason why God wants us to build in a way that inspires people to achieve more. The fact is, people perform better in an exquisite environment. That is the way it should be for all humanity. And that is the way it will be! … This is how God will start changing the Earth in the World Tomorrow.”

Of course, none of this means we should neglect or ignore the poor and disadvantaged among us. In God’s future economy—and also within His Church today—there are provisions set aside for the needy. But that fund is generally intended to help them get back on their feet so they might start working again, assuming, of course, that they are able.

Consider one of our own faithful members. He is an 85-year-old man from Florida on a fixed income. A little over four years ago, in order to provide more financial support for his church, he decided to get a part-time job as a door greeter at Walmart. Over the years, he has commented at times about how his legs and feet get tired from standing as long as he does.

Then he always adds, “But we have a work to do.”

This man’s dedication and diligence help explain why a work of so few can accomplish so much. But his work does more than just produce extra income for himself and his church. It must surely strengthen the relationship Walmart has with its customers. It undoubtedly generates some kind of tax revenue for state and federal governments. And it keeps this man busy, working productively for God—living the way of give.

This, to paraphrase Jesus, is a beautiful thing. And these are just most of the obvious benefits I can think of regarding this man’s work in today’s world.