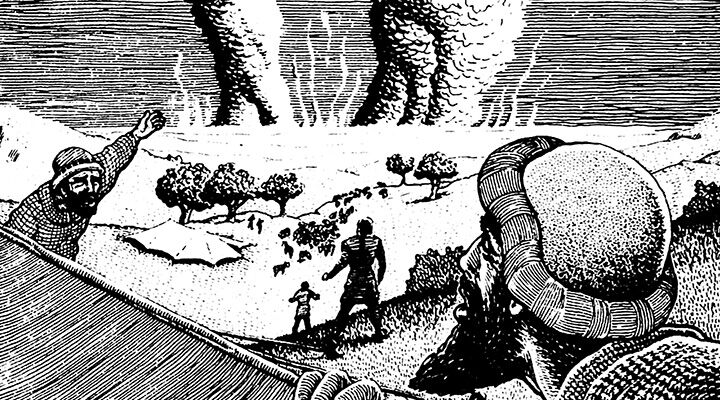 When Californians voted to ban same-sex “marriage” in 2008, some Republicans held up the referendum as proof that America was conservative to the core. But as we wrote at the time, California and two other states voting against homosexual “marriage” did not mean America was in the midst of a moral revival. That it was even on the ballot perfectly illustrated how steep our slide into deviant behavior has been over the past generation.

Proposition 8 passed by a narrow 52-to-48 percent margin. “But with obnoxious protests and numerous legal challenges now set to inundate courtrooms,” we asked at the time, “how long will marriage remain defined in California as between a man and woman?”

Our slide into deviance has been steep, and it’s only getting worse. Ten years ago, 62 percent of Californians were against same-sex “marriage.” Two years ago, with the passage of Proposition 8, it was 52 percent. Where will we be 10 years from now?

And remember—whether homosexuality is or is not morally right is not up for debate. That matter has already been mostly settled, with a host of laws prohibiting anything that might be construed as discrimination against homosexuals.

Fact is, while “conservative” media pour scorn on Judge Walker for overturning California’s ban on same-sex unions—for being anti-democratic, anti-intellectual, anti-law, anti-tradition—they are often quick to defend the rights of homosexuals in general. The horse has long bolted.

When society turns into Sodom and Gomorrah, ultimately, it does impact everyone. A biblical example is instructive in this area.

The word sodomy is derived from a Latin phrase meaning the “sin of Sodom,” vividly discussed in the biblical book of Genesis. Ancient Sodom, like its neighboring city Gomorrah, was well known for homosexuality. Jude 7 says that besides going after “strange flesh,” the people of Sodom and Gomorrah were “giving themselves over to fornication.” Ezekiel tells us that Sodom was a prosperous area, with an abundance of idleness. But it was also full of pride and abominations (Ezekiel 16:49-50).

In the Genesis 19 account, the men of Sodom wanted to sodomize two visitors, actually angels, who had come to see if the city should be spared God’s wrath. While these angels remained inside Lot’s home, an angry mob outside cried out for the new flesh. The angels gave Lot and his family clear, precise instructions: “Have you any one else here? Sons-in-law, sons, daughters, or any one you have in the city, bring them out of the place; for we are about to destroy this place, because the outcry against its people has become great before the Lord, and the Lord has sent us to destroy it” (verses 12-13, Revised Standard Version).

Lot relayed this sobering message to the two young men who were to marry his daughters. These were decent men—heterosexuals who had not taken advantage of Lot’s daughters. They had probably even decried the evils and perversions of society with their future father-in-law. Yet without realizing it, much of that evil had rubbed off on them! They had unknowingly grown accustomed to living there—and actually enjoyed much of it.

How strong society’s pull must have been for these two men, at this most critical hour, to mock God’s warning.

Their ridicule even caused doubt to sprout in Lot’s mind. The next morning, even after the constant prodding from the two angels, Lot lingered, delaying his departure so long that the angels seized him and his wife and two daughters by the hands and forcibly led them out of the sinful city! The angels then shouted, Run for your lives! Don’t even stop to look back, lest you be consumed as well!

“Then the Lord rained upon Sodom and upon Gomorrah brimstone and fire from the Lord out of heaven; And he overthrew those cities, and all the plain, and all the inhabitants of the cities, and that which grew upon the ground” (verses 24-25, rsv).

This is the road we are on. This is why, even as conservative commentators assure Americans that a moral revival is right around the corner, we tell you the truth.

The Old Testament Prophet Isaiah compares our peoples to those of Sodom and Gomorrah, describing us as being “sick” from head to toe. He prophesied of our eventual ruin and desolation as a result of our universal sin and rebellion against God’s laws. The Apostle Peter gave us grave warnings about Sodom and Gomorrah, saying that God turned those cities into ashes, “making them an ensample unto those that after should live ungodly” (2 Peter 2:6). Jude speaks of them as suffering the “vengeance of eternal fire” and wrote that God set them forth as an example for our day.

Jesus Christ described our latter-day society as being exactly like Sodom and Gomorrah: abundantly prosperous, yet exceedingly wicked (Luke 17:28). They were eating and drinking, buying and selling, planting and building—right up to the day God destroyed their cities (verse 29). “Even thus shall it be in the day when the Son of man is revealed” (verse 30).

Even thus shall it be. History, in other words, is repeating itself. This is why Jesus warned, “Watch ye therefore, and pray always, that ye may be accounted worthy to escape all these things that shall come to pass, and to stand before the Son of man” (Luke 21:36).