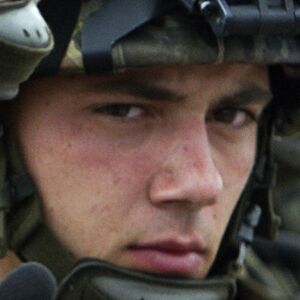 When it comes to Germany’s military, size isn’t everything.

For some, the ongoing overhaul of the German military makes it difficult to envision the nation as the virile militaristic superpower the Trumpet says it will become.

On Wednesday, for example, the German cabinet passed an austerity package that includesslashing military spending by €4 billion. The cutbacks aren’t set in stone, but they’re almost certain to include significant troop reductions, the suspension of select military programs and the decommissioning of some military hardware.

Given a passing glance, Germany’s military power appears to be diminishing!

If this is what you see, you need to look again.

Consider the hotly debated issue of military conscription, for example. Polls show that nearly two thirds of the German public is in favor of scrapping the draft. Cognizant of the public’s views, a growing number of politicians now favor eliminating, or at least suspending, compulsory military service. Then there’s Karl-Theodor zu Guttenberg, Germany’s defense minister and the man at the vanguard of the effort to scrap conscription.

On August 23, Guttenberg presented to the Bundestag five alternative plans for potential reforms to the German military. Under Guttenberg’s favored plan, military conscription would be suspended beginning next year, and the Bundeswehr reduced from 250,000 to about 160,000 troops. Surely the defense minister’s desire to slash the military by 90,000 soldiers is evidence of a lack of ambition to forge Germany into a supreme military power, right?

There is an important reason military conscription is written into the German Constitution and why Germany has remained one of the last countries on Earth to practice compulsory military service.

In the first decade after World War ii, as the shadow cast by the Soviet Union over Western Europe grew ominously larger, it became apparent that West Germany would need to develop an independent military. For America and Britain, which had taken on the responsibility of safeguarding and rebuilding Bonn—not to mention ensuring Germany would never again threaten world peace—the creation of a West German military came with a fundamental stipulation: It must be a democratic institution rather than a professional army that might easily fall under the influence of German imperialists.

Instituted in 1956, a year after West Germany entered nato, military conscription became a key bulwark preventing the formation of a professional military!

In Germany’s case, conscription created an army of “citizens in uniform.“ It helped integrate the military with society and ensured the Bundeswehr remained transparent to the German public and the world. A mandatory draft would create an army comprised of German citizens with loyalties to sundry ideologies and political parties, making it difficult for the military to develop into a state-within-a-state, loyal only to itself or select German elites. By filling the military with conscripts from all walks of life, as the New York Timesobserved this week, it would remain “immune to the kind of elitist force that dominated state affairs during the years of the Weimar Republic and before.”

“Drafting young men instead of having professional soldiers was a guarantee for a democratic army,” stated Rainer Arnold, the ranking member on the Defense Committee of the German parliament. Note that: Military conscription was instituted to help prevent the formation of a professional army, which many feared would inevitably become an instrument in the hands of German imperialists.

Considered in the context of German history, the ever popular move to abolish the draft is sobering, and quite revealing! Guttenberg says he wants to slash conscription to save money. Perhaps he does. But as Stratfor wrote Monday, “Especially in Germany,the question of political will is an important one for the significant step away from a conscription-based army” (emphasis mine). In other words, what is Germany’s true motive for scrapping military conscription?

As journalist Christian Thiel stated on German television: “This is not a reform, but in reality a revolution, planned by the defense minister” (our translation).

Reporting on Guttenberg’s proposed military reform, including suspending conscription, Stratfor wrote: “[T]he proposed reforms could greatly increase the Bundeswehr’s deployability—its capacity to deploy and sustain troops in a foreign theater … and begin to close the gap between Germany and other European militaries …” (op. cit.). According to Thiel, Guttenberg is overhauling the German military because he wants “to make the homeland defense an army of intervention.”

For those prepared to take more than a fleeting glance at Germany’s military transformation, as Trumpet columnist Ron Fraser does here and here, for example, the ambitions of Germany’s defense minister are obvious. When it comes to military reform, and specifically suspending conscription, Guttenberg is simply trimming the fat.

Look closely, and it’s obvious that his ultimate goal is to forge the German military into a trimmer, more efficient—and more powerful—fighting machine!

Here’s something else to consider and watch. In June, Guttenberg conducted an interview with Der Spiegel in which he was asked if he thought it was unusual that EU member states continue to maintain independent militaries. The defense minster was asked if one option for cutting costs “would be a rational division of labor in nato and the European Union.” His answer was blunt and telling: “You are correct.”

Guttenberg continued, “[W]e certainly have not yet found the splendidly successful model that I would like to see. In order to do so, we all need to overcome our national selfishness.” Guttenberg clearly believes that Europe’s militaries need to be integrated—perhaps into one overarching European military!

Asked if he could envision the day when Dutch pilots will be flying German planes, he replied: “I don’t see the notion as absurd. There is no reason for each individual country in the EU to keep hold of every single task.”

Consider the full meaning of these remarks. Surely it’s only a matter of time before the German defense minister—in the name of economic austerity, of course—embarks on a more concerted, even calculated, campaign for the integration and streamlining of Europe’s militaries!

Rainer Arnold stated that the popularity of the proposal to eliminate military conscription is a sign that “almost nobody fears anymore that an army consisting largely of professional soldiers would extract itself from civilian control and pursue its own interests.” He’s right. Very few today can imagine a time when the Bundeswehr will fall into the hands of a radical individual, or a government of radical individuals harboring imperialistic ambitions.

Our warning to these people is this: Study history—and study Bible prophecy!

Viewed against the backdrop of history and prophecy, Karl-Theodor zu Guttenberg’s effort to overhaul the German military takes on a gripping and sobering dimension. Truly, a German-led European superpower, with terrifying political and military might, is now emerging in Europe. If you struggle to see this dimension, or if you’d like to see it more clearly, then read “The Holy Roman Empire Is Back!”