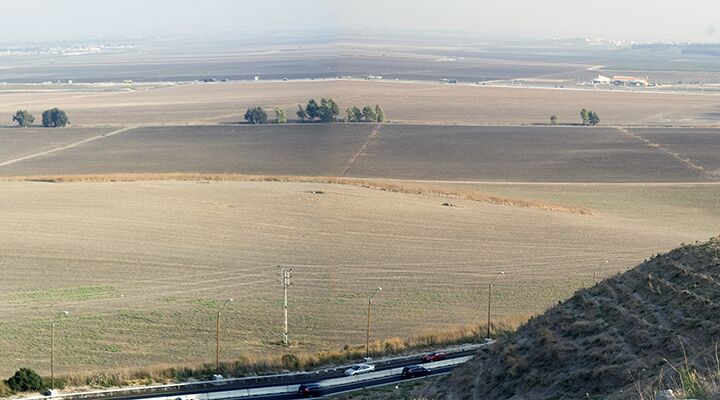 The Philadelphia Trumpet, in conjunction with the Herbert W. Armstrong College Bible Correspondence Course, presents this brief excursion into the fascinating study of the Bible. Simply turn to and read in your Bible each verse given in answer to the questions. You will be amazed at the new understanding gained from this short study!
From the September 2010 Trumpet Print Edition

World leaders and scientists are frankly frightened by the prospects of the future! They warn that man now possesses the means of committing cosmocide—suicide of the whole human race! They realize something totally unforeseen must soon occur to stop the present trend of world events—or humanity will finally destroy itself!

“Nuclear terrorism is still often treated as science fiction. I wish it were,” said Kofi Annan in 2005, when he was secretary general of the United Nations. “But unfortunately we live in a world of excess hazardous materials and abundant technological know-how, in which some terrorists clearly state their intention to inflict catastrophic casualties. Were such an attack to occur, it would not only cause widespread death and destruction, but would stagger the world economy … [creating] a second death toll throughout the developing world.”

Last September, then director general of the International Atomic Energy Agency, Mohamed ElBaradei, told the UN General Assembly, “The gravest threat faced by the world is of an extremist group getting hold of nuclear weapons or materials.”

The danger of total nuclear annihilation is more real in the 21st century than ever before. In all, over 23,000 nuclear warheads of all sizes are spread all over the globe—more than enough to wipe out humanity many times over. “Overkill,” it’s called. Once would be enough!

Many hoped, in the early part of the 20th century, that World War I would finally bring lasting peace. It was famously called a “war to end wars” by U.S. President Woodrow Wilson. But World War II followed only 20 years after the first.

All of mankind’s best efforts have not brought peace. No war has yet brought an end to all war.

After World War II, a solemn Gen. Douglas MacArthur addressed the U.S. Congress. “We have had our last chance,” he warned. “If we will not devise some greater and more equitable system … Armageddon will be at our door.”

Armageddon is a biblical term directly associated with the Second Coming of Christ. Almost everyone has heard of it. World leaders and scientists frequently use it when speaking of the inevitability of nuclear warfare and the destruction of mankind.

Yet few know what “Armageddon” really is!

Make no mistake. World War III is prophesied in the Bible. And it will be the war to end all war among nations.

But will it be the “battle of Armageddon” spoken of by statesmen, scientists and ministers alike?

Let’s understand exactly how “Armageddon” fits into Bible prophecy—especially with regard to the dramatic return of Jesus Christ.

1. When Jesus Christ returns, will He take full authority over the nations and peoples of the world to set up a divine world government? Revelation 11:15.

2. When Christ returns to intervene and prevent nuclear mass suicide, will the nations be happy? Or will they actually be angry? Revelation 11:18. Will nations actually try to fight Christ? Revelation 17:14. (The “Lamb” refers to Christ—John 1:36.)

Comment: The word “devils” in the King James Version ought to be rendered demons. There is one fallen archangel (Isaiah 14:12-14; Ezekiel 28:12-17) called the “devil,” but there are many fallen angels (Jude 6; Revelation 12:7) of lesser rank called “demons.”

4. Are these demons responsible for gathering the armies of all nations together? Revelation 16:16. (The proper translation of the Greek in verse 16 should read: “And they gathered them together.”)

Comment: At this time, the demons mentioned in verse 14 will stir up worldwide resistance to Christ, who will by this time already be in Jerusalem.

5. What will these evil spirits do to cause the armies to gather? Verse 14.

Comment: Notice that these spirits directly influence the leaders of nations—deceiving them with miracles—stirring them to a fever-pitch of hatred to fight Christ!

6. Exactly where do the demons cause the armies of the nations to be gathered together in preparation for the great battle against Christ? Read Revelation 16:16 again for the answer.

Comment: The “way of the kings of the east” will have been made ready by the drying up of the River Euphrates (verse 12). This will enable the nations to the east to easily marshal their armies and armaments at a place called “Armageddon.”

The word Armageddon is a Greek form of the Hebrew name har Megiddo. It means “hill (or mountain) of Megiddo.” This is the site of the ancient city of Megiddo, which is about 55 miles north of Jerusalem, and about 15 miles inland from the Mediterranean Sea. Anciently, the region that includes Megiddo and the Valley of Megiddo (on the southern border of the Plain of Esdraelon) was an important military site that guarded a nearby strategic pass.

For ancient Israel, Megiddo and the Plain of Esdraelon (also known as the Valley of Jezreel) became the battleground of the centuries. Time after time the blood of battle was shed there. Over and over again the 13-acre mound of Megiddo was refortified. Today the site is nothing more than an unoccupied, silent mound of historic rubble. Occasional tourists and archaeologists traverse its rocky face, but it is not a major military site at this time.

But Megiddo is a symbol!

It is a symbol of war and human conflict. It overlooks the Plain of Esdraelon and stood at one of the great crossroads of the ancient world. And as the prophecy of Revelation 16 indicates, Megiddo and the Plain of Esdraelon will become the staging ground, or mustering area, for the greatest concentration of military might ever assembled!

Prophecy tells us that “ten kings” (Revelation 17:12-14) will comprise the modern and final end-time revival of the ancient Roman Empire. It will be a political, military and religious alliance of incredible power. The Bible reveals a spectacular sequence of conquests by this power, followed by epic clashes with the kings of the east. (This is explained in our free booklet Russia and China in Prophecy.)

In the end, these two superpowers will make their way into the Middle East for one final, climactic conflict. But instead of fighting each other in a battle that would end in the nuclear extinction of all life (Matthew 24:22), they will, ironically, unite their forces and march southward toward Jerusalem in an attempt to destroy their common “enemy”—Jesus Christ!

The Great “Battle of God Almighty”

1. What is the name of the ensuing great battle between God and man? Revelation 16:14, last part.

Comment: You will notice the battle is not called “the battle of Armageddon”—it is called the “battle of that great day of God Almighty”!

3. How is this great climactic battle pictured? Revelation 19:11-21. How does Zechariah describe the frightening manifestation of the righteous judgment of God in fighting against His enemies? Zechariah 14:12. Will the nations wage war against each other anymore after Christ’s overwhelming victory? Isaiah 2:2-4.

Comment: Here you have a graphic description of the war that will end war! Jesus Christ will utterly destroy those who, in attempting to enforce human world government, would have destroyed the Earth through nuclear warfare (Revelation 11:18).

The returning Christ will be forced to deal with rebellious nations in the only language they understand—overwhelming force! Only then will men be willing to try God’s way of life and come under His government, which leads to genuine peace, happiness and prosperity!