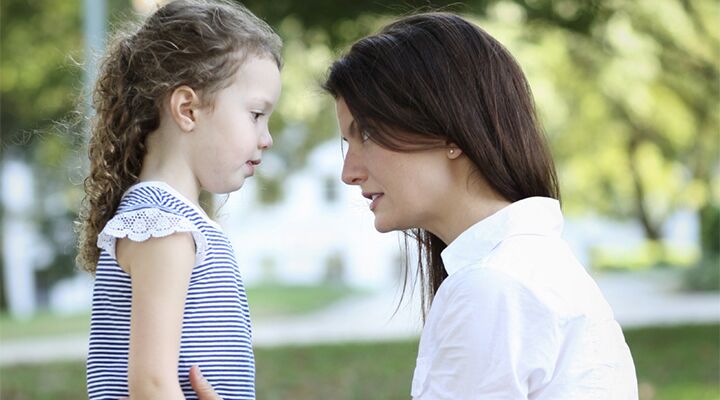 When grading their performance, give them the gift of perspective.

“Why don’t you believe in me?” my 8-year-old son asked me and my wife recently. He had just finished performing in the North American Irish Dancing Championships in Orlando, Florida, and wanted to know why we didn’t think he would claim one of the top three positions in the competition.

“We do believe in you,” my wife said. “And we’re proud of you. But there were at least three or four other boys in the competition who simply danced better than you.”

As my son left for the awards ceremony later that night, my wife whispered, “I hope he gets fifth, but I could also see him missing the top five and landing in sixth place.” There were 11 contestants in his group and both of us felt that, at his current skill level, he was somewhere in the middle of the pack.

He ended up placing sixth, which is what he deserved—and needed, if he intends to get better. On the way home, we praised him for making it to nationals and for placing sixth in such a difficult competition. We then told him that if he wanted to place higher, he simply had to practice more—and better.

One thing I like about the Irish dance association is that dancers are promoted only when they perform well. That’s such an important concept to remember when working with children—particularly in this self-esteem age, where everyone is a champion and no one fails.

Consider the dreadful state of modern education. According to several reports cited in the Boston Globe July 4, the number of hours college students spend studying has been in sharp decline over the past half century. One survey found that nearly two thirds of incoming freshmen admitted to studying less than six hours per week during their senior year of high school. Another study asked college students to identify the biggest obstacles to their academic success. Topping the list, ahead of family difficulties and stressful lives, was this shocker: They simply don’t know how to study.

But why learn how to study when you can be an “A student” for merely warming a seat? In 2004, as Jean Twenge points out in Generation Me, almost half of college freshmen said they maintained an A average in high school. Compare that to 1968, when only 18 percent of college freshmen graduated from high school as straight A students.

These studies reveal the embarrassing outcome of self-esteem education. The halls of America’s high schools are now crammed with “A students” who’ve never really learned how to study. We’re living in a world where everyone is a championship dancer—and no one has to practice.

In 2007, the results of an international test found that American students ranked 21st out of 30 industrialized nations in mathematics—25th in science. Yet, when asked to rate their own performance in the fields of science and mathematics, Americans penciled themselves in at the top of the list, ahead of their international competitors.

We may be getting dumber, but when it comes to self-esteem, no one outperforms America!

“By their estimation, today’s young people have been praised so much that some flail at their first taste of criticism or failure,” John Keilman writes for the Chicago Tribune. “Others develop a keen sense of privilege, believing they’ll coast into a golden future regardless of their actual talents, accomplishments or willingness to work” (July 4).

The fruits of self-esteem education have been disastrous in every respect.

In the Bible, God plainly reveals that the most important, and long-forgotten, principles of education are discipline and self-control—not self-esteem. Every man who strives to master a skill, the Apostle Paul wrote, exercises self-control in all things. “Do you not know that in a race all the runners compete, but only one receives the prize? So run that you may obtain it” (1 Corinthians 9:24-25, Revised Standard Version).

In a world where every runner is guaranteed a first-place trophy, there is little incentive to encourage athletes to work harder to improve their performance.

“Leave no child behind?” Rafe Esquith asks in Lighting Their Fires. “That’s ridiculous. Some children should be left behind until they’re truly ready to move on to the next level.”

If you want your children to move on to the next level, don’t lie to them about their performance. Believe in them—encourage them—and love them enough to tell them the truth. Offer constructive criticism. Teach them to be disciplined. Show them how they can get better. Motivate them to work harder.

This is the way God works with His children. “For the Son of man shall come in the glory of his Father with his angels; and then he shall reward every man according to his works” (Matthew 16:27).