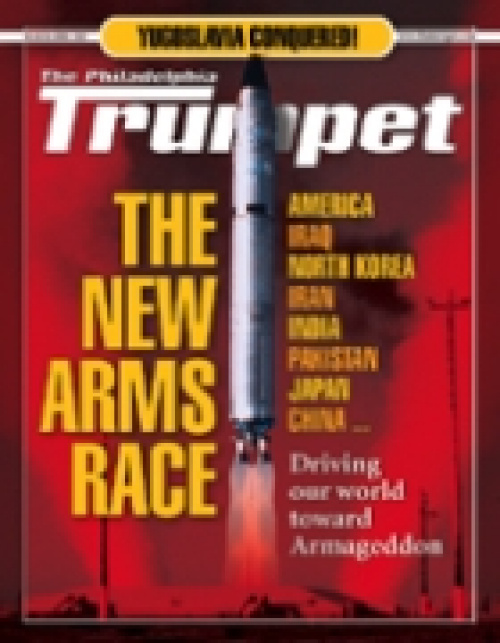 History has always shown a strong connection between the German nation and a powerful Roman Catholic Church. The Trumpet has continually urged its readers to keep an eye on the relationship between Germany and the Vatican today. This relationship has been growing closer and closer year by year, but the current Iraqi crisis has spurred an even tighter friendship.

February 7, German Foreign Minister Joschka Fischer visited Pope John Paul ii. Fischer said, in a press conference about the visit, that the Germans “share with the Holy See a profound unease about the humanitarian consequences for regional stability …” (www.zenit.org).

Both Germany and the Vatican are outspoken in their opposition to a war in Iraq. Both are aggressively standing up to the most powerful nation in the world and denouncing its solution to the Iraqi crisis.

This is but a repeat of recent historical behavior by Germany in concert with the Vatican. In late 1991, Germany and the Vatican stood together on the issue of recognizing the breakaway states of Croatia and Slovenia. They stood up to the United States, the United Nations and the whole European community at the time. This is not much different from thumbing their nose at the world’s singular greatest power today.

The relationship between Germany and the Vatican historically created a religiously driven geopolitical entity that lasted for over 1,000 years, known as the Holy Roman Empire.

Reflecting the increasing revival of that old relationship, Foreign Minister Fischer said, of his most recent visit to the Roman patriarch, “I’m not the spokesperson for the Holy Father … but with our deep worries and our deep skepticism, we are very close’” (Reuters, Feb. 7; emphasis ours).

Yes, as Fischer said, Germany and the Vatican are “very close.” Why else would the foreign minister of Germany visit the pope to “exchange opinions on the problems of the present moment”—as expressed by a Vatican spokesman (www.zenit.org)—unless it was to develop even closer ties in their resistance to the stance of the American and British collective foreign policy?

On the surface, Fischer’s visit may look like routine diplomacy. But, digging beneath the surface and understanding the history of these two powers, we must see that this visit was one of extreme importance. It takes gall to assert a stand against the U.S.—Europe’s chief benefactor since World War ii—at the very time when America needs every ally it can muster. The German-Vatican relationship is being solidified before our eyes! This has powerful implications for European foreign policy in the immediate future.

Watch for the Vatican and Germany to continue to support each other in many other major decisions to come. Look for their relationship to cement into a spiritual and cultural force which will propel Europe out of its present economic and political division into becoming a global force to be reckoned with.