America’s elite universities have lost their purpose and their sense. 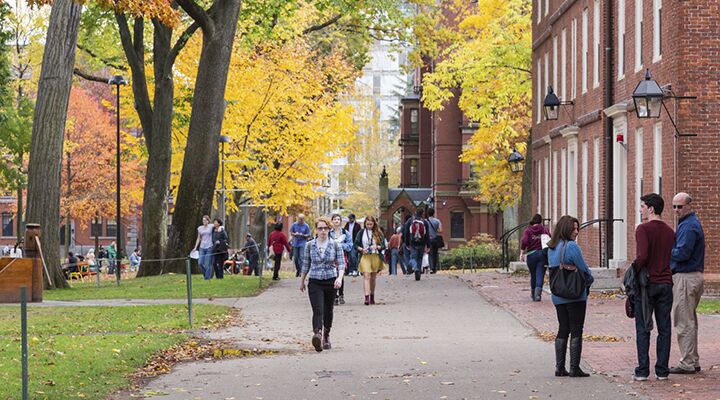 America’s elite universities have lost their purpose and their sense.

Apparently, America’s best and brightest have such a hard time exercising self-control that one of the nation’s top schools feels compelled to take time to teach them how not to get drunk.

Harvard student Isabel Kaplan says learning to differentiate 12 ounces of beer from 1.5 ounces of hard alcohol is just one thing Harvard tells students on their second day of school.

Harvard also ensures all freshmen understand the college’s new alcohol amnesty program. Students are told that “no matter what, no matter how drunk or sick we got, if we called an ambulance, were picked up by Harvard University Police, were taken to the … infirmary … or hospital, we would not get in trouble,” wrote Kaplan. “Neither would our parents be notified. This is Harvard’s amnesty policy” (Daily Beast, April 20; emphasis mine throughout).

As Kaplan recounts, one boy raised his hand and asked, “Are there any loopholes?” The answer: an emphatic “No.”

Behold the state of education in America today. You can get so drunk that you pass out on 52 out of 52 Fridays of the year, and as far as Harvard is concerned, it doesn’t really matter.

As one Harvard representative said, “We realize that we’re in a college environment and that people are going to abuse these things, and so we’re here to basically reduce the harm.” School officials argue that by nixing the penalties, students who get plastered will more likely seek medical attention (and their friends will also be more willing to call for help), thus reducing the risk of drinking-related deaths. Meanwhile, 30,000 students across the country are treated at hospitals for over-consumption of alcohol each year, and the number of students who seek medical attention for alcohol-related sickness at Harvard is up 43 percent since the amnesty policy kicked in.

Some colleges have now even implemented amnesty policies for drug use. At the College of William and Mary, if you go to a hospital due to a drug overdose, your academic career and standing at the college remain unchanged. Student Assembly Vice President Ryan Ruzic believes that drug amnesty makes sense for the same reason as alcohol amnesty: student safety.

But do alcohol and drug amnesty programs really make students safer? No!

Intoxicated students may be more likely to be admitted into an emergency ward and thus have less chance of choking on their own vomit, and stoners may be less likely to die trying to crawl down Alice’s rabbit hole, but an amnesty policy actually makes the rest of the student body far less safe.

By removing deterrents—academic probation, suspension, expulsion, etc.—Harvard has opened the door to more abuse. If you are spending $80,000 per year or more on your education, knowing that you could lose your spot on the college rolls if you got drunk is a good reason to follow school policy.

Universities should be thinking of all the students that alcohol and drug prohibitions have helped—even saved. How many students has it prevented from becoming alcoholics or drug addicts, or from being injured because they are so intoxicated they can’t control themselves? How many accidental pregnancies has it prevented? Or needle-transmitted diseases? What about those it has saved from drunk driving? How many lives have those policies protected? Is a drunk or doped-up college student’s life more important than the lives of the other students?

Additionally, these selfish amnesty policies destroy character. The argument that students will get drunk and do drugs anyway, and that nothing can be done to stop them, is a fallacy. The reality is that nobody needs drugs and nobody needs to get drunk. Many college students go through their four years without getting so plastered they need to go to the hospital. In fact, many make it through their four years without ever getting drunk or taking drugs.

Here at Herbert W. Armstrong College, we try to provide an education that goes far beyond just preparing students for a career. We teach how to live a truly successful life.

For Armstrong students, that means they must comply with the college’s alcohol and drug policy. Illegal usage is not permitted, and alcohol is not allowed in student housing without the prior approval of the Dean’s Office. If a student were to become intoxicated, there would be academic repercussions.

Armstrong College is concerned for every one of its students—its policies are designed to protect and to foster the growth and development of the whole student body.

“At Armstrong College, the emphasis is on character building, developing a sound mind, becoming emotionally mature and socially balanced, building a well-rounded, service-oriented personality and learning to appreciate the finer things in life,” wrote dean of students Stephen Flurry in 2008. “There is no other college like Herbert W. Armstrong College—unaccredited by men and unshackled from the ever-tightening grip that is squeezing the life out of higher education: gross materialism, political correctness run amok and immoral, unregulated human behavior.”

Our college’s namesake, Herbert W. Armstrong, learned more than 60 years ago that true success is not reserved for those with superior ability, but for individuals—any individuals—willing to abide by a definite set of laws God set in motion that will guarantee successful results.

It is that set of laws that provides the foundation and standard for everything taught at Herbert W. Armstrong College.

If you want to learn more about the uniqueness of Armstrong College, request a free copy of the booklet named after our college motto: Education With Vision.