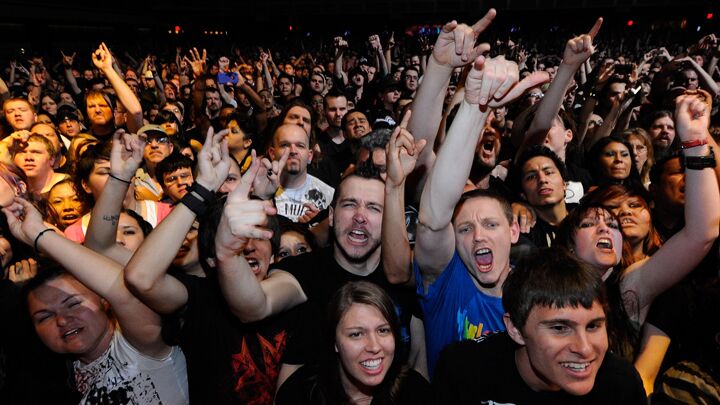 For the U.S. and Britain, heroes and icons aren’t what they used to be.

From the November 2002 Trumpet Print Edition

Far into the future, who of our current world will history be kind enough to remember? Which names will be recorded as those leaders, icons and heroes who shaped the face of our present day? Whoever they are, if we use present standards, they will be much different from the icons of times past.

Traditionally, heroes and icons were men and women whose bravery gave birth to nations, changed nations, saved nations—people like George Washington, John and Abigail Adams, Abraham Lincoln, Winston Churchill; men like Theodore Roosevelt, whose courage and charisma stirred people to greater accomplishment; men and women whose moral standards set the benchmark of decency and civility for Western society. The political and royal leaders of America and Britain respectively stood as models of noble deeds and decent living.

Today we see those “greats” of history being downplayed, discredited or omitted from history texts. Revisionists today, striving to become “more accurate,” in effect neutralize the accomplishments of those who should be remembered as heroes. They are no longer looked to as examples.

In their place, those individuals held up by and before the public do not tend to exemplify attributes of moral uprightness; they are noted for their celebrity or athletic ability alone. We choose our heroes or icons not for their character, but for their glitz—not for genuine contributions to humanity, but for how they are made to appear in unrealistic screenplays.

The Prophet Isaiah penned a prediction about the Western nations in modern times. He wrote that God Himself, because of our disobedience to His ways, would “take away” the “mighty man, and the man of war, the judge, and the prophet, and the prudent, and the ancient, The captain of fifty, and the honourable man, and the counsellor, and the cunning artificer, and the eloquent orator” (Isa. 3:1-3).

Where are the honorable, the mighty men, the prudent, the eloquent orators? They are being replaced by those who have no intrinsic greatness other than being glamorized on the big screen, or they are replaced by those who catch the spotlight as a result of infidelity, financial deceit or drug use.

We have traded leaders for celebrities—men of character for men of renown, regardless of their moral stature.

In recent years, our leaders have not been the moral example that their offices once stood for—a notion apparently acceptable to the vast majority._Complacent about our moral depravity, it seems we prefer our leaders and icons to be as base as we are. In fact, public appetite for salacious details about the private lives of those in the spotlight is greater than ever.

How many political leaders of recent history fit the description of traditional heroes? How many of them have reached our top political office as those who served selflessly in battle? Our past several American presidents have had little or no military experience—some even avoiding it altogether.

As a result of 9/11, our president is able to rally the country into active military confrontations. But consider his October 7 address before American citizens explaining why we may need to attack Iraq: Three major national television networks chose not to air his 25-minute address over their new season of comedies, dramas and reality shows. Apparently we would rather watch normal people like us demonstrating “heroism” against a “fear factor” than watch our president as he discusses a possible nuclear factor.

Yes, if there is a lack of heroism, charisma or courage in our leaders, we don’t state it to speak poorly of their character—but of ours. We don’t want the Theodore Roosevelts or Winston Churchills in power. How well would someone like Roosevelt or Churchill—someone with true conviction, courage, boldness and foresight—perform in a modern election if he went up against, say, a celebrity like Martin Sheen (known for his portrayal of a savvy fictional president on The West Wing)?

As God predicted through Isaiah, “[T]he child shall behave himself proudly against the ancient, and the base against the honourable” (Isa. 3:5). Again, it is God who took these true heroes away. He is breaking the pride of our power (Lev. 26:19) to get our attention—to turn us back to Him.

Who we idolize reveals a lot about who we are. We appear to be a nation of history-illiterates, enamored by the base and immoral, and without the courage or conviction to embrace those true values—a moral integrity—that a people must possess in order to survive.