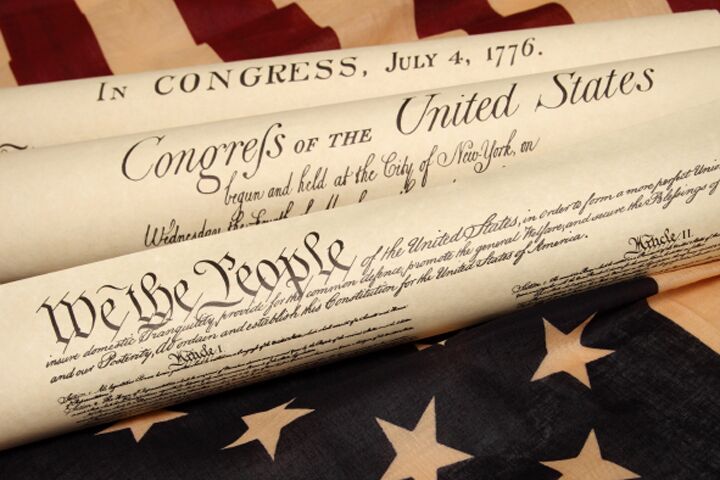 Nationwide survey shows a stunning void in knowledge of history.

A new study by the Libertarian Lexington Institute shows that de-emphasizing U.S. history in American schools’ curricula has brought about “appalling results.” The report, called “The Teaching of American History: Promise and Performance,” analyzes data collected from an American Revolution Center (arc) survey conducted in December.

The arc’s study shows that 83 percent of Americans failed a basic test on the American Revolution. The average test score was 44 percent.

A full 60 percent of the respondents knew the number of children in reality tv’s Gosselin family, while only 11 percent could identify the first chief justice of the U.S. Supreme Court.

More than a third of the Americans surveyed did not have even a basic understanding of historical chronology, believing that the American Revolution occurred after either the Civil War, the Emancipation Proclamation, or War of 1812.

Many more Americans knew that the song “Beat it” was written by Michael Jackson than knew that the Bill of Rights is part of the Constitution.

While the arc report focused on American adults, a 2006 study by the National Assessment of Educational Progress studied students, and proved that the knowledge gap begins at early ages. Only one quarter of American elementary, middle and high school students surveyed were deemed “proficient” in U.S. history at their grade level.

Robert Holland, the author of the Libertarian Lexington Institute’s report, said that “the consequences of such lapses are far more grave than doing poorly on the historical portion of a Trivial Pursuit game. The success of our democratic republic depends upon citizens who believe in a common set of ideals as originally expressed in the founding documents.”

Holland identified the 1960s and 1970s as the time when the focus in American history began to shift away from traditional subject matter—such as the founders and the Revolutionary War—and toward less central subjects like “women, racial/ethnic minorities, and immigrants.”

“Whatever might be said for or against a broadening of the study of history,” Holland said, “there is no doubt that the sharp switch led to declines in knowledge of the founding of the American republic, its enduring principles, and its accomplishments.”

Considering that the U.S. has pumped over $800 million into the special Teaching American History program in recent years, the evidence this study presents is particularly alarming. But what—if any—is the real danger in an educational system that produces students and adults ignorant of history?

In January 2006, Trumpet editor in chief Gerald Flurry called attention to the tendency of modern schools to de-emphasize history in their curricula:

Today we hear many academic voices telling people that learning history is of little or no value. This is an extremely dangerous trend that may be too entrenched ever to correct.This educational plague is rampant among the American and British peoples. It seems that few of our leaders understand what a colossal disaster it is!

As the zeitgeist of political correctness continues to obscure and erode America’s global identity, we should expect traditional history to be de-emphasized more and more in our schools. Our imbalanced educational approach will weaken the integrity of the nation, and leave entire generations ignorant of and vulnerable to the dangers history warns against.

For more on the true value and necessity of studying history, read Mr. Flurry’s article “Learn From History—or Perish.”