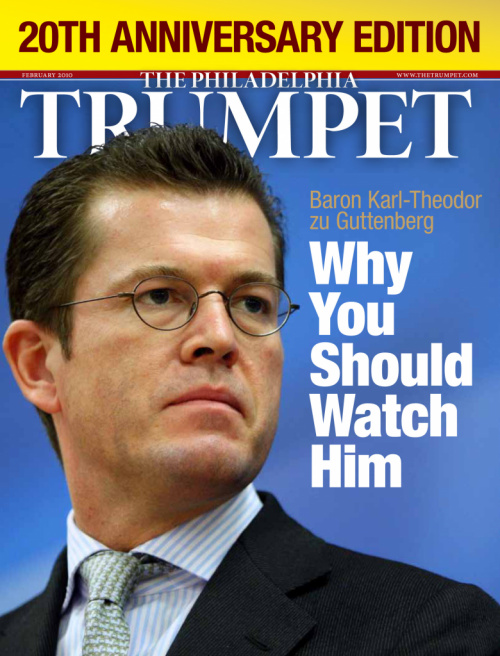 Since its inception, the Trumpet has prophesied the unification of Eastern and Western Europe. This happened in 2004, when a huge swath of Eastern Europe joined the European Union. Even as Bonn and Rome sparked the Balkan wars, we said this would yield the EU’s first colonies; the integration of the Balkans into the EU is now well advanced. We have continued to declare that this empire will be dominated by the religion of Rome, resulting in Islamist Turkey being locked out of EU membership.

In July 1992, before the rise of Mahmoud Ahmadinejad, before the toppling of Saddam Hussein, before Iran’s apocalyptic nuclear ambitions became widely known, the Trumpet began prophesying that Iran would become the most dangerous and dominant power in the Middle East. Nearly two decades later, it’s indisputable that Iran has fulfilled this forecast: Tehran fervently pursues nuclear weapons, is the world’s top state sponsor of Islamic terrorism, and operates as the greatest force for instability, not just in the Middle East, but in the world.

Even amid apparent prosperity, the Trumpet said greed and corruption, debt and overconsumption would come back to bite America. We prophesied of the dollar’s fall (its value has already dropped 37 percent this decade) and a global shift toward a different reserve currency. In November 1998 we spoke of America’s increasing economic vulnerability due to “credibility-destroying scandals, a mountainous and expanding national debt, a hugely overvalued stock market, record-low-yielding bonds and other ‘confidence shakers.’”

Immediately after Yasser Arafat and Yitzhak Rabin shook hands over the Oslo accord in September 1993, Gerald Flurry wrote that this treaty is “destined to fail. … The deadly delusion that ‘all problems can be solved by negotiation’ is going to lead Israel and the U.S. to disaster.” More than 16 years of negotiation, compromise, concessions and war later, peace between Israel and the Palestinians is as unlikely as it was in 1993.

Since Germany reunited in 1990, we have prophesied its rise to become the leading power in Europe, which it has definitely become. In tandem with Germany’s rise, the Trumpet has prophesied the rapid decline of British influence and power in Europe toward its eventual descent to vassal status under Berlin and Rome’s dominance of the EU. It became so on Jan. 1, 2010. We have continued to prophesy that Britain will either opt out or be cast out of the European Union.

Though after the Berlin Wall fell many prognosticators considered the Soviet Empire nothing more than a historical footnote, the Trumpet told readers that the Bible said that Russia would again, one day soon, “drag itself out of economic slough and reassert itself as a world power” (November 2000). We foresaw that Russia’s vast resources and nuclear technology would give it a powerful weapon, and that the future borders of Europe would be determined in a deal struck with Germany.

The Trumpet has long maintained that historical allies America, Britain and Israel would turn on each other in favor of sham alliances with other foreign states, particularly Germany. This prophecy’s fulfillment has become especially clear during the Obama presidency. America has snubbed longstanding friendships; and time will tell that, despite its best efforts, it has gained no loyalty from the “lovers” it is courting. The Bible says weakened and desperate America, Britain and Israel will all be abandoned and ultimately betrayed by those nations.

8. Collapse of American Will

While President Bush Sr. claimed victory in Desert Storm and his son said “mission accomplished” in Operation Iraqi Freedom, the Trumpet took the long view, upholding Herbert Armstrong’s prophecy that “America has won its last war.” Now 19 years after the First Gulf War, the world’s greatest military continues spending its strength on ill-advised nation-building, while tolerating and appeasing the most dangerous state in the Mideast, Iran. Few events have confirmed the accuracy of biblical prophecy more.

Having carefully monitored the Vatican for 15 years, the Trumpet accurately predicted the election of Bavarian Cardinal Joseph Ratzinger as pope in 2005. We have continued to predict that Pope Benedict xvi will successfully work to strengthen right-wing influence in the Catholic Church in preparation for the institutionalization of the religion of Rome as the state religion of the EU in its manifestation as the Holy Roman Empire.

The Trumpet has repeatedly reminded readers of Herbert Armstrong’s prophecy that Rome will succeed in garnering back to its fold its wayward Protestant and Orthodox daughters. Last October, Pope Benedict invited Anglicans to rejoin his flock, and many of them are accepting. Representations to the Orthodox patriarchs continue to indicate a similar invitation will soon be issued for Rome’s eastern daughters.