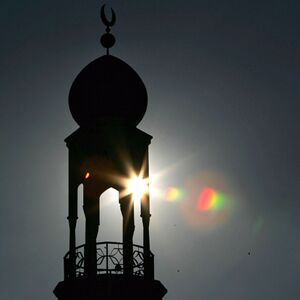 The Swiss just gave the world a glimpse into the future of Europe-Islam relations—and into a profound prophecy.

Regular Trumpet readers could probably repeat by heart the words in Daniel 11:40. The scripture reads, “And at the time of the end shall the king of the south push at him; and the king of the north shall come against him like a whirlwind ….”

For nearly two decades, Trumpet editor in chief Gerald Flurry has explained that this is a prophecy about an end-time clash between radical Islamic forces led by Iran (the “king of the south”) and a German-led European superpower (the “king of the north”). When Mr. Flurry began delivering that forecast in the early 1990s, the tension between Islam and Europe was practically nonexistent.

Today it’s off the scale.

On Sunday, the Swiss public voted on whether or not the construction of new minarets ought to be banned in their country. The result, expected to be close, turned out to be definitive: 57 percent of the public supported the ban, with all but four of the country’s cantons backing the plan. In some regions, support for the ban reached 70 percent.

It’s possible the Swiss government, facing pressure from other European governments as well as Muslim leaders and governments, will overturn the ban. Still, the vote was not insignificant. The “vote represents a possible turning point for European Islam,” noted expert on Islamic affairs Daniel Pipes. “That a large majority of those Swiss who voted on Sunday explicitly expressed anti-Islamic sentiment potentially legitimates such sentiments across Europe and opens the way for others to follow suit” (emphasis mine throughout).

The Swiss have set a precedent for future confrontations with Islam by fellow European states!

While Europe’s many politically correct elites and academics responded angrily to the ban, the vote resonated at the grassroots level and stoked the debate about Islam’s growing presence in Europe. “The vote is sending a strong signal about the concerns of average people regarding Islam; it will encourage people in other countries to develop strategies,” stated Dr. Jean-François Mayer, head of Religioscope, a research institute in Fribourg, Switzerland. If other European countries held similar votes, he said, there is “no doubt that the results would be similar.”

Sunday’s vote also energized many conservative, non-establishment politicians in Europe, many of whom are already becoming increasingly popular. Some, like Geert Wilders, head of the far-right Dutch Freedom Party, are already formulating proposals for similar bans in their nations. “I really would hope that other countries would follow,” said Wilders, whose party won the second-largest number of Dutch seats in the European Parliament in this year’s elections. “I will take, myself, an initiative in the Dutch parliament to also come with a resolution to try to get such a referendum against more minarets in the Netherlands as well.”

The Swiss vote must be taken seriously, warned German conservative Christian Democrat Wolfgang Bosbach, who also stated that the vote reflects a widely held fear of Islam within German society. In Belgium, daily newspaper Le Soirnoted that some people found minarets “scary,” and added, “there is a strong chance that if there was a vote in Belgium, a majority of citizens would be against it too.” Same goes for the French. “Deep down, many French don’t want more mosques in France,” and the Swiss vote may stir those feelings, said Jean Viard, head of the Cevipof French political science research center.

Sunday’s declaration by the Swiss will up the ante of the efforts across Europe to institute measures to curb Islam’s presence on the Continent. In France, it will empower those arguing for the ban of the burka. It will legitimize proposals designed to curb the expansion of Islam’s imprint, such as the newly passed law in southern Austria hampering the construction of new mosques by requiring that they “fit” into the overall look of towns. In places such as Cologne, Germany, where Islamic communities are constructing giant new mosques, it will energize the already large number of nationals furious at Islam’s powerful presence.

Buoyed by the courage and confidence of the “usually quiet, low-profile, un-newsworthy, politically boring, neutral Swiss,” as Pipes describes them, thousands, even millions, of Europeans could soon begin pronouncing their disapproval of the Muslims in their midst!

On the flip side, the ban by the Swiss, and its exposure of the festering anti-Islam sentiment across Europe, will ostracize European Muslims and serve as fodder for the many radicals among them. “Although Muslim groups inside Switzerland are not at all extremist,” noted Stratfor, “the ban sends a message to Europe’s Muslims as a whole—a message that implies the existence of aWest-versus-Islam war” (November 30).

Europe is already a primary target of Islamic terrorists, and has been the recipient of some deadly terrorist attacks. Remember Madrid, March 2004. London, July 2005. Now Switzerland may have shot itself to the top of the terrorist hit list. Point is, this ban by the Swiss, and any similar measures that might be taken across Europe, will fuel the hatred and work of the Islamic terrorists that have Europe in their sights.

Remember the Danish cartoon crisis in 2005, when angry Muslims from Indonesia to the Middle East to Europe rioted after a Danish newspaper published a cartoon of Mohammed with an exploding bomb in his hat? It was incited by Muslim leaders five months after the publication of the controversial cartoon. Like that cartoon, the Swiss ban is a grenade ready to explode—all it would take to pull the pin would be an incendiary statement by one or two influential imams.

The declaration by the Swiss on Sunday that they do not approve, and are even prepared to confront, Islam’s growing presence is a sign of future tension and conflict between Europe and radical Islam. The inevitability of conflict is even more sure if you consider the whole picture, such as past attacks (and thwarted attacks) by Islamic terrorists, the promises of future attacks, the looming European demographic calamity, the history of Islamic unrest and volatility across Europe, and the increasing popularity of right-wing politics on the Continent.

It truly is a dark, disturbing picture!

But it has a bright side. To see it, you must consider it in the light of Daniel’s prophecy. First, consider the relevance and accuracy of this biblical prophecy. The tension currently mounting between radical Islam and Europe, evident in Sunday’s vote by the Swiss, is embodied within a scripture written nearly two and a half millennia ago. Consider also that the Trumpet’s editor in chief explained this prophecy years ago, long before the inevitability of the clash was apparent as it is today.

Second, if you study Daniel’s prophecy in its full context, it’s clear that this epic clash is a precursor to the return of Jesus Christ. Daniel’s prophecy truly is profound and illuminating, and, when understood deeply, provides terrific clarity to so many current events.

To learn about Daniel 11:40, study our free booklet The King of the South.