New round of violence erupts on the Temple Mount. 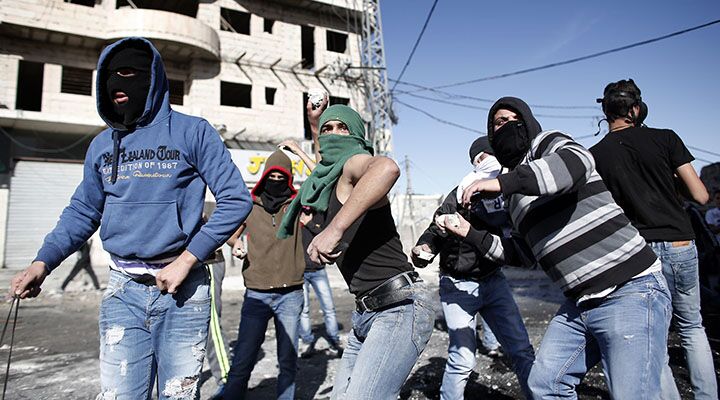 New round of violence erupts on the Temple Mount.

During his speech before the United Nations General Assembly in September, President Barack Obama called on the State of Israel to end the “occupation” that began in 1967—using the same term many of Israel’s enemies rely on to denounce any Jewish presence in the West Bank and Jerusalem. Since then, Arab-Israeli tensions have escalated noticeably, particularly around the Temple Mount in Jerusalem.

On Oct. 25, 2009, for example, a wall of Israeli riot police clashed with Palestinian protesters near the al-Aqsa Mosque, after Muslim authorities and Arab media outlets called on Palestinians to defend the compound against “Jewish conquest.” An Arab-Israeli Knesset member has even hinted that Israel is using archaeological excavations to sabotage the Temple Mount so Jews might eventually build a synagogue where the al-Aqsa Mosque has been standing for 1,400 years.

Prime Minister Benjamin Netanyahu angrily dismissed these accusations as baseless “lies” that were aimed at fomenting violence and division.

An eerily similar storyline played out in September 2000 soon after the peace process collapsed at Camp David. In that version, Yasser Arafat used Prime Minister Ariel Sharon’s visit to the Temple Mount as grounds for a Palestinian uprising that became known as the second intifada. Arafat, however, called his war the al-Aqsa intifada in hopes of rallying Arab forces to capture Jerusalem.

In this chapter, Arafat’s successor Mahmoud Abbas has warned of a “religious war” unless Israel stops all “provocative” acts. In a speech on October 28, Abbas said “the fanning of flames by Israeli extremists has caused the dangerous situation which currently prevails in Jerusalem.”

On this issue, Abbas’s fiery rhetoric falls right in line with his Palestinian enemies in Gaza. Nothing unites Palestinians quite like Jewish “provocations.”

“The Israelis want to divide al-Aqsa Mosque,” the Damascus-based Hamas leader Khaled Mashaal said in late October. “They want to hold their religious ceremonies in the mosque … in preparation for demolishing it and building their temple there.” Jerusalem’s fate, Mashaal predicted, will be determined by “confrontation,” not negotiation.

On that last point, he happens to be right. For the day is coming, the Prophet Zechariah warned, that half the city of Jerusalem “shall go forth into captivity” by some kind of violent struggle (see Zechariah 14:1-2).

Ever since the Camp David accords, Israel has negotiated one peace proposal after another that has included giving the Palestinians half of Jerusalem for free. But because of Zechariah’s prophecy, for the past several years, we have been preparing our readers for Israel’s government to swing to the right regarding Jerusalem. That, of course, happened last year with the election of Benjamin Netanyahu, who campaigned on the promise of keeping Jerusalem united.

“With a right-wing coalition now in power in Israel,” we wrote on our website, “that brings us one giant prophetic leap closer to the inevitable clash over Jerusalem” (theTrumpet.com, April 3, 2009). Now, it appears, the Arab-Israeli peace process is on the verge of collapsing.

Of course, there’s always the chance that the latest round of violence over Jerusalem may be a strategic maneuver ordered by Iran in hopes of diverting attention away from its nuclear program.

Either way, it’s building toward an inevitable explosion in Jerusalem. Whether it’s a momentary diversion or the beginning of another intifada, this eruption of violence outside the al-Aqsa Mosque, as the Times of London wrote, “has repercussions that go far beyond Israeli-Palestinian relations” (Oct. 26, 2009).

Even though sparked by conspiracy theories on the Arab street, and then inflamed by Palestinian stone-throwers on the Temple Mount, still, as the Times intoned, “From Cairo to Jakarta, Muslims will be enraged by the sight of Israeli security forces imposing authority at Islam’s third-holiest site” (emphasis mine).

Whatever the cause, Israel’s riot police firing rubber bullets at Palestinian youths on the Temple Mount will eliminate what little support remains for Israel across the region.

The Zechariah 14:2 explosion is coming. You can learn more on this subject from our free booklet Jerusalem in Prophecy.