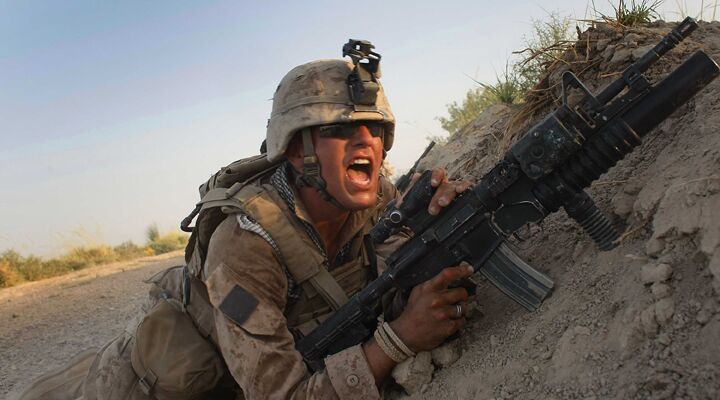 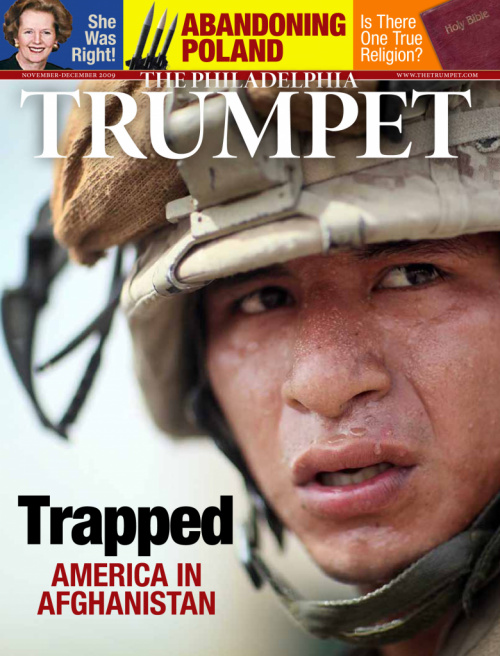 The Taliban and al Qaeda in Afghanistan were America’s first targets after 9/11. Before 2001 was out, so was the Taliban. Hopes of building a solidly democratic, Western-friendly nation were high as Hamid Karzai was made interim leader.

Eight years on, those hopes are gone. Afghanistan has proven impossible to bring to heel.

In the last three years in particular, control has increasingly slipped back to these radical Muslim groups. The last two years of George W. Bush’s presidency saw a total of 282 American casualties there (compared to 197 the two years before, and 161 the four years before that). When President Bush left office, the International Council on Security and Development (icos) think tank showed that the Taliban had reestablished a “heavy” presence in over 72 percent of the country and “significant” presence (defined as one or more insurgent attacks per month) in 93 percent. On UN security maps, over half the country was considered “uncontrolled hostile environment”—which, only a few years prior, none of the country had been.

Not a good showing after seven years of war.

During the presidential campaign last year, Barack Obama and his left-wing supporters excoriated the Bush administration for getting “sidetracked” in Iraq, when Afghanistan, so said conventional wisdom on the left, was the real battlefront in the war against terrorism. “In 16 months we should be able to … bolster our efforts in Afghanistan so that we can capture and kill bin Laden and crush al Qaeda,” Mr. Obama said in the first presidential debate in October last year.

So—the first half of that 16 months has passed. Where are we? Despite the Defense Department committing an additional 21,000 troops to Afghanistan last spring, the war there has taken a deadly turn for the worse. New icos data shows that the Taliban’s presence has grown: It is now “heavy” in 80 percent of the country, “substantial” in at least 97 percent. In the first eight months of 2009 alone, the U.S. had suffered by far the most casualties of any year since the war began: 200 soldiers out of over 340 total coalition deaths.

Many are wondering if the U.S. should cut its losses and run. A 51 percent majority in America now views the Afghanistan conflict as a war that is not worth fighting.

Even some conservative commentators are now abandoning ship. On September 1, columnist George Will called on the Obama administration to scrap its Afghan policy, dramatically slash the number of troops and focus instead on “what can be done from offshore.”

Will has hardly been alone in pointing out the numerous flaws in the Afghan strategy. “U.S. rules of engagement restricting the use of air power and aggressive action against civilians have also opened new space for the insurgents,” Karen DeYoung wrote in the Washington Post (September 2). Rebuilding Afghanistan’s infrastructure has given the Taliban new targets to attack, she continued. And America’s inability to protect Afghan citizens is only fueling resentment against Western forces.

At present, DeYoung intoned, the Taliban is winning.

President Obama’s handpicked commander, Gen. Stanley A. McChrystal, took charge of the Afghanistan war effort in June and submitted his confidential assessment of the overall war strategy to the Pentagon on August 30. According to a declassified version of the report produced by the Washington Post on September 20, McChrystal wrote, “Although considerable effort and sacrifice have resulted in some progress, many indicators suggest the overall effort is deteriorating.” Unless the insurgent momentum is reversed over the next 12 months, McChrystal warned, the United States is in danger of losing the Afghan war.

“Time matters; we must act now to reverse the negative trends and demonstrate progress,” General McChrystal wrote, indicating that a massive troop surge would be necessary to earn victory in Afghanistan.

Meanwhile, bound by his campaign rhetoric to concentrate on the “front lines” of the terror war, upon becoming president, Barack Obama—of all people—found himself in the uncomfortable position of trying to drum up homeland support for an increasingly unpopular war!

“This is a war of necessity,” Obama told a gathering of war veterans in August. “Those who attacked America on 9/11 are plotting to do so again. If left unchecked, the Taliban insurgency will mean an even larger safe haven from which al Qaeda would plot to kill more Americans.”

What an ironic twist: the undisputed antiwar candidate of the 2008 election urging a war-weary electorate to get behind the war effort. It’s as if the United States is going through a frame-by-frame replay of Iraq in 2007, before the surge. Only this time, we have the most radically liberal administration in American history occupying the White House.

While the new U.S. government may still opt for a surge-like strategy to save face in Afghanistan, it appears that President Obama may now be reconsidering whether or not the “war of necessity” is, in fact, necessary. In response to McChrystal’s war assessment, the Wall Street Journal reported on September 22, the Pentagon instructed McChrystal to refrain from making a formal request for additional troops until the Obama administration completed its “review of the U.S.-led war effort.”

According to the Journal, “General McChrystal’s call for quick action appears to be increasingly at odds with comments from President Barack Obama, who has insisted in recent days that he won’t be rushed into approving more U.S. troops for the war” (emphasis mine throughout). Even as America’s generals have now embraced the president’s new counterinsurgency strategy in Afghanistan, which he outlined earlier this year, Barack Obama is now seriously thinking about scrapping the new strategy.

The first question America should consider, President Obama told a reporter on September 20 when asked about the war effort in Afghanistan, is this: “Are we doing the right thing?”

If you find it difficult to imagine any scenario in which this turns out to be good for coalition forces in Afghanistan, you are not alone. “We’ve got a general who’s been gagged,” columnist Ralph Peters lamented soon after McChrystal submitted his August review, “a president trapped by his campaign promises, a muddled mission, crippling restrictions on our troops, a resurgent enemy, a worthless Afghan government—and an awol establishment media that, after hammering the Bush administration, gives Obama a pass on American casualties” (September 3).

Yes, even as America squanders its hard-fought gains in Iraq, which the Trumpet has repeatedly forecasted would happen, it is simultaneously being backed into a corner—and by the very same enemy poised and ready to seize Iraq once U.S. forces retreat.

Earlier this year, Adm. Dennis C. Blair, the director of National Intelligence, was asked by the Senate Select Committee on Intelligence to comment about the deteriorating security situation in Afghanistan. According to a transcript of the proceedings, which was declassified on July 30, Admiral Blair said, “Iran is covertly supplying arms to Afghan insurgents while publicly posing as supportive of the Afghan government. Shipments typically include small arms, mines, rocket propelled grenades (rpgs), rockets, mortars, and plastic explosives. Taliban commanders have publicly credited Iranian support for their successful operations against coalition forces.”

You can also add General McChrystal to the long list of government and military officials who lay blame for the Afghan mess on Iranian puppet masters. According to his August 30 report, the Iranian Quds Force is “training fighters for certain Taliban groups and providing other forms of military assistance to insurgents.”

Yes, of course—no matter the various battlefronts in this war against terrorism or the variety of names given to insurgent groups, it’s always the same old Iranian state sponsorwarring against the United States and Britain—and one that will soon be armed to the teeth with nuclear weapons.

Blair’s testimony and the McChrystal report will come as no surprise to our regular readers who know what we’ve been saying for eight years now: that the United States will not win the war against terrorism.

We say this because the same God who long ago prophesied of America’s astonishing rise to superpower status also predicted our swift and precipitous fall from power, as a result of our rampant sins and stubborn rebellion against God.

“And I will break the pride of your power; and I will make your heaven as iron, and your earth as brass,” God warned in Leviticus 26:19, referring primarily to the American and British peoples of our day. The pride the United States and Britain once had in their awesome military power and might has been completely broken and smashed!

As the Bible prophesied and Herbert Armstrong said as far back as 1961, the United States and Britain have already won their last war.