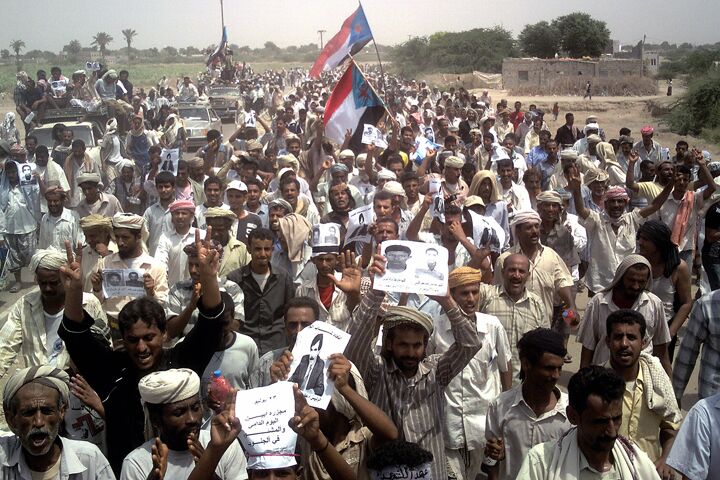 Yemeni forces have been fighting Shiite unrest within the country since early August. On Monday, the Yemini government summoned the Iranian ambassador over alleged media bias toward Shiite rebels in Yemen.

The same day, the Gulf Cooperation Council (gcc) restated its support for the Yemeni government.

The real issue here is the growing concern among Arab countries about Iran’s rising influence in the region.

Last week, Yemeni security forces claimed to have uncovered six weapons caches belonging to the Shiite militant group al-Houthi that contained short-range missiles and light machine guns made in Iran. Shiite supporters of the guerrilla movement recently gave court testimony saying they used Iranian-made weapons while others, reports United Press International, “claimed they were inspired by tactics used by militias during the Islamic Revolution.” The Yemeni government believes the al-Houthi militants, who are thought to be trying to establish an Islamic caliphate in the region, may be developing ties with al Qaeda.

Iran, of course, is right there supporting—if not instigating—this effort. (Read Stephen Flurry’s column this week for more on how Iran is consistently fueling various terrorist efforts.)

Forty percent of Yemen’s population is Shiite. Since 2004, the government “has faced an uphill battle in trying to clamp down on the Shiite rebels [the al-Houthi tribe of the Shiite Zaydi sect] who are accused of taking Iranian support in trying to re-establish a Shiite imamate in the north that would break Yemen apart” (Stratfor, September 1).

Stratfor reports that “with regional tensions escalating over Iran’s growing influence, the country is developing into yet another hot proxy battleground between the Persians and Arabs.” It continues:

With the fall of Saddam Hussein’s regime and the rise of a Shiite-dominated government in Iraq, the Iranians have moved aggressively to reassert Shiite influence throughout the Persian Gulf region. Yemen is no exception. Forming the heel of the Arabian Peninsula, Yemen was the perfect place for the Iranians to poke their Saudi rivals from the rear. Indeed, Stratfor sources in Hezbollah claim that several of their own military trainers, as well as Iranians belonging to Iran’s Islamic Revolutionary Guard Corps (irgc), have perished in the fighting between the al-Houthis and the government in the past three months. …The Saudis are … taking the lead in branding this offensive against the al-Houthi rebels as a pan-Arab front against Shiite expansion in the region, with the gcc now making public statements reaffirming Arab support for [Yemeni President Ali Abdullah] Sanaa’s fight. The rhetoric is starting to escalate now, but the Arab powers have been at work for several years in quietly trying to prevent Iran from establishing a foothold in Yemen. …While the regional players are busy stirring the pot, the security situation in Yemen is rapidly deteriorating. …Whether by choice or not, Yemen is being pushed to the forefront of the Persian-Arab struggle, putting the stability of the country, if not the wider Arabian Peninsula, at stake.

This is further evidence of Iran’s efforts to consolidate its power in the region, and also of the division in the Islamic world today that portends a drastic split indicated in end-time prophecy between those Muslim nations that will ally with Iran and those that will ally with a European power.