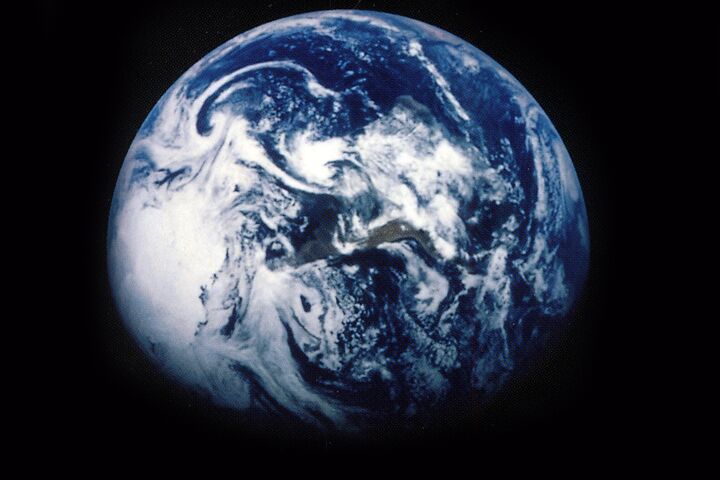 The Day of Atonement pictures how the world—held captive by Satan the devil—will soon be set free!

In the Western world mankind celebrates diversity, the expression of one’s self and independence. You must be allowed to choose for yourself what is right and wrong, people say. Human nature does not want anyone telling it what to do.

The first two humans, Adam and Eve, bought into this philosophy. Satan wanted to make them think that God was harsh, squelching their individuality. “For God doth know that in the day ye eat thereof, then your eyes shall be opened, and ye shall be as gods, knowing good and evil” (Genesis 3:5). You can rely on yourself, he told them in essence. You don’t need God!

Herbert W. Armstrong wrote in Mystery of the Ages that when Adam chose to eat the fruit of the forbidden tree, “[h]e rejected reliance on God and chose the course of self-reliance.” Adam opted for “independence.” What he did not realize was that the tree he chose would not give him independence—it would actually cause him to be held captive. Eating from the tree of life, conversely, would have led him to reliance on God and God’s Holy Spirit.

Mr. Armstrong wrote in A World Held Captive, “Once [Adam] succumbed to Satan’s way of choosing to ‘do his own thing,’ in rebellion against a deliberate command of God, he became spiritually the property of Satan. … All humanity came out of Adam and Eve. The present world was founded in them. The world has ever since been held captive!” If we choose to “do our own thing” and rebel against God’s authority and government, then we are in danger of becoming “spiritually the property of Satan” and being held captive by him!

Satan’s deception was so ingenious—disguising world captivity as do your own thing, be independent, no one can tell you what to do! Little does man realize that he is being influenced and even manipulated by the prince of the power of the air (Ephesians 2:2).

This point is clearly made in 2 Peter 2, discussing false ministers inspired by Satan: “While they promise them liberty, they themselves are the servants [slaves] of corruption: for of whom a man is overcome, of the same is he brought in bondage” (verse 19).

If you told man that he would soon be dependent on a higher power, he would be insulted. But the astounding fact is, he is ruled by Satan now and doesn’t even know it (2 Corinthians 4:4).

God gave man 6,000 years to prove that he could not make it “all by himself,” that he could not be “independent.” Resulting conditions will get so bad that God will have to intervene in man’s affairs to ensure that he does not annihilate himself! This is pictured by the Feast of Trumpets.

At that point, man will begin to realize that being dependent on God is a beautiful, wonderful way to live—the only way to live—the way he was created to live. This way, he can be freed from the captivity of Satan.

The Day of Atonement pictures man, not only at one with God, but also free and independent from Satan.

This is why God commands fasting on this holy day. Proper fasting helps to free us from our fleshly lusts and brings us close to God. Isaiah 58:6 states, “Is not this the fast that I have chosen? to loose the bands of wickedness, to undo the heavy burdens, and to let the oppressed go free, and that ye break every yoke?” There is a sense of liberation associated with Atonement. This day pictures the time when humanity will be freed from the evil, sinful burdens that weigh on them.

Abstaining from food pictures abstaining from fleshly lusts, resisting sin and resisting Satan—which is what the world will be doing once this day is fulfilled. Throughout the Millennium, Atonement will be observed as a memorial of mankind’s being freed from Satan. But now we fast to learn how to be free from the devil that we still must deal with.

The most powerful example of fasting is found in Matthew 4 and Luke 4—Christ’s titanic battle with Satan. Christ prepared to replace Satan on the throne of this world by fasting, removing any temptation to rely on Himself or His physical body, and instead relying on His Father. And how did Satan first tempt Christ? “And the devil said unto him, If thou be the Son of God, command this stone that it be made bread” (Luke 4:3). Satan knew that if he could get Jesus to focus on the physical and thus rely on Himself, He would no longer rely on God.

The fact is, man is dependent on physical food. But notice Christ’s response: “It is written, That man shall not live by bread alone, but by every word of God” (verse 4). We learn by fasting that just as we were created to need food, so were we created to need the Word of God. Just as badly as we feel we need food or water when we fast—just as much as our knotted stomachs yearn and dry mouths cry out—that is how desperately we need God!

Paul states in Romans 6:16, 18: “Know ye not, that to whom ye yield yourselves servants to obey, his servants ye are to whom ye obey; whether of sin unto death, or of obedience unto righteousness? Being then made free from sin, ye became the servants of righteousness.” The Greek word translated servants actually means bondman or slave.

It is a universal law that man would be a slave of one power or another. Once the world is independent from Satan, it then will become reliant upon God. Atonement is a type of independence day for the world—but only independence from Satan. Then man will be at one with God and will be dependent upon Him.

Reconciled with God, humanity will be on the path leading to membership in the God Family. They will develop His character, His nature and eventually have everlasting life in His Family—and all because they learned to rely on Him!

Verse 22 states, “But now being made free from sin, and become servants to God, ye have your fruit unto holiness, and the end everlasting life.” Once freed from sin, we are then servants at one with God, eventually attaining our potential to have life as God has life.

What a vision is contained in the Day of Atonement!

This evil world will soon learn what true independence is: freedom from Satan, freedom from evil human nature, but reliance on everyword that proceeds out of the mouth of its Creator.