Abortion is becoming birth control. How can we stop this? 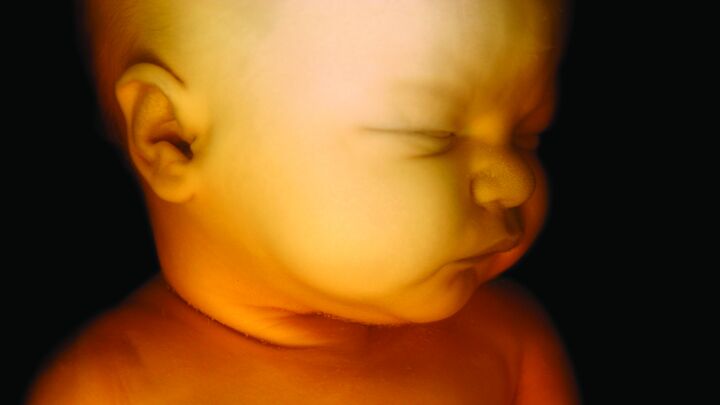 Abortion is becoming birth control. How can we stop this?

Abortions were rare 100 years ago. Here’s one reason why, from the life of the late Herbert W. Armstrong: “I distinctly remember one incident—after I had passed 20. A girl I frequently dated and I were being driven to her home by a young man with his girl friend. In those days all cars were completely air-conditioned—they were open cars. It began to rain. We buttoned on the side-curtains. To hold the curtain down, on my girl friend’s side, I was obliged to stretch my arm over the seat behind her. I shall never forget the difficulty I experienced in keeping my arm far enough to the rear to avoid any contact with the back of her neck. I was terribly afraid she would think I was ‘fresh’ if any part of my arm touched her!” (The Missing Dimension in Sex; emphasis mine throughout).

Can you imagine a young man today going to such extremes to protect his reputation? And what girl would view the brush of a man’s arm over her neck as a sign he was getting “fresh”?

Consider just how much times have changed. “Dozens of girls as young as 12 or 13 are regularly having abortions,” the Daily Mail reported June 29, citing a Department of Health study. Just last year, we learned that the number of British girls under 14 having abortions shot up a shocking 21 percent in 2007 as compared to 2006. During the same period, girls under 16 had 10 percent more abortions. Now, however, we see that repeat abortions in Britain are soaring. “Across all age groups,” the Daily Mail said, “64,715 repeat abortions were carried out last year.” Among those, 46 women had terminated at least eight pregnancies. Between 2005 and 2008, 52 teenage girls terminated four or more pregnancies before they reached age 18! This news confirms research from earlier this year “that the number of abortions performed on teenage girls who have had at least one before has risen by almost 70 percent since 1991” (ibid.).

This trend is not unique to Britain. In the United States, repeat abortions have rocketed since 1973, when abortion became protected by law in Roe v. Wade. In 1989, the Association for Interdisciplinary Research in Values and Social Change wrote: “In 1973 it was estimated that only about 12 percent of the induced abortions were repeat abortions. By 1979 the national repeat rate had risen to 29.4 percent and by 1983 it had reached 38.8 percent. In 1987 [research] found that 42.9 percent of the women said they were having repeat abortions.”

In America today, about half of abortions are repeat abortions!

A disturbingly high number of women are aborting three, four, five, six, seven, eight or more children! For some, abortion has become an acceptable form of birth control.

Is there a more glaring and disgusting testament to Britain and America’s moral devolution?

One hundred years ago, a strong moral compass prevented a young, unmarried man from even accidentally brushing his date’s neck. In 2009, the tattered shreds of our “morality”—of the “dating” couple perfunctorily having sex, of their parents, even of our national leadership—is apparently helpless to prevent thousands and thousands of women and girls from killing their unborn babies, multiple times!

Does it not reveal something about our morality, our parenting skills and the character of our leadership, when American and British girls as young as 12 are 1) getting pregnant, and 2) having abortions? Does it not scream something vile about our moral and mental health that around 50 percent of all British and American abortions are repeat visits? It started with “just” fornicating and “just” becoming pregnant. Then it was “just” the fatal mistake of having an abortion. Now it is having sex over and over and getting pregnant over and over—and killing lives, over and over.

Surely this is a sign of our society’s mental and emotional callousness.

The Apostle Paul prophesied of this selfishness. “[U]nderstand this,” he wrote, “that in the last days will come … perilous times of great stress and trouble”—“last days” referring to human society just prior to the return of Jesus Christ. “For people will be lovers of self and [utterly] self-centered …. [They will be] without natural [human] affection (callous and inhuman) … uncontrolled and fierce …” (2 Timothy 3:1-3, Amplified Bible).

Are there better terms to describe the growing number of women repeatedly getting pregnant and repeatedly aborting their unborn children? Surely these are the actions of a reckless, loveless, wholly selfish existence.

Mr. Armstrong described the solution to abortion and all marriage and family problems in The Missing Dimension in Sex, which we’d like to send you for free. Many people would consider the anecdote about Mr. Armstrong corny. If only more people considered it a major part of the solution to some of this world’s greatest problems. How can we avoid premarital pregnancy, venereal diseases and abortions? How can we prevent repeat abortions from ever occurring?

Simple, as Mr. Armstrong stated in his book: “By simply not starting the ‘necking’ in the first place!”

It’s a humorous story with a weighty lesson: The morally upright man who worries about even accidentally brushing his arm across a lady’s neck will never worry about impregnating his date or catching an std. And neither will his date.