For former members, it’s not an unfamiliar story. 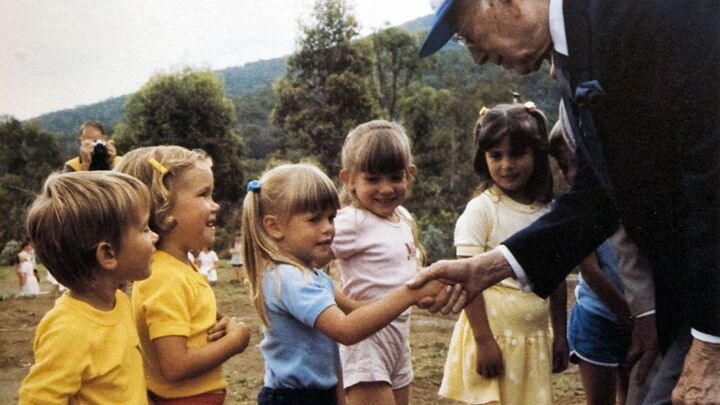 For former members, it’s not an unfamiliar story.

Herbert W. Armstrong once said that 11 years of age must be the happiest, most enjoyable time for a young boy. To be honest with you, there’s not a lot that stands out in my life from that year. But growing up in the Worldwide Church of God, I do remember age 12 being the longest year of my life. That was the final year every boy in the church had to endure before finally crossing the 13-year threshold into what was called Youth Opportunities United—or y.o.u., for short.

As a 12-year-old, I went to y.o.u. basketball practice every week—waiting—hoping—that after practice I could get in on a pick-up game if the guys needed an extra player.

I guess my eagerness and persistence finally paid off. Three weeks before my 13th birthday, I was allowed to play in a y.o.u. basketball tournament. The December 1982 tournament was in Portland, Oregon—a five-hour drive from my house. To be included in that teenage group, on that road trip, was one of the biggest thrills of my life.

It was also nerve-wracking. On Saturday night, before the Sunday games, there was a family dance. The thought of asking a teenage girl to dance was terrifying. The next day, before our first game, I was overcome with nervousness. I actually felt my heart pounding in my throat!

The tournament was inside a huge gymnasium complex, with three full-size courts running side by side. This was where they played all the “A” games. My game was up behind the bleachers, on a tiny practice court surrounded by concrete walls that were barely 18 inches outside the court’s out-of-bounds line.

Not a lot of hoopla surrounding those “B” games. It consisted of two teams of youngsters on the court with immediate family members lining the walls. But what a thrill.

Over the next several years, my family traversed all over the Pacific Northwest to attend y.o.u. activities. My sister and I played in basketball and softball games, ran and jumped in track meets and performed in talent shows all over Washington, Oregon, Idaho, Montana and Utah—in places like Pasco, Spokane, Vancouver, Seattle, Coeur d’Alene, Boise, Portland, Salt Lake City and Missoula. It was much the same when we moved to Oklahoma in the middle of my teen years. From here in Edmond, we traveled to Tulsa, Stillwater, Ada and Lawton. In Texas, we visited Big Sandy, Dallas and Amarillo. Everywhere we went, we stayed with members of the Worldwide Church of God—sometimes me along with my family—and sometimes just me with a bunch of guys at a chaperon’s house.

Those were some great trips. And sometimes things would happen during those excursions to make the journey more memorable—like one time when a snowstorm blocked the roads over the Cascades and we had to spend an extra night with church members at a remote location. I also have fond memories of the traditional stops at pizza parlors on the way home from tournaments.

My sister and I also attended Worldwide Church of God youth camps in Orr, Minnesota, and Big Sandy, Texas. As wonderful as my upbringing was, I still have to say that my first camp experience in Orr, when I was 15, dramatically altered my life for the better. It gave me a burning desire to attend Ambassador College, which Herbert W. Armstrong established in 1947.

Besides y.o.u., our family enjoyed numerous other outings with our local church congregation—like the time we hiked 8 miles to Packwood Lake, where no cars or motorized boats were allowed. I remember how excited several of the dads were to help my father understand the intricacies of fishing. My dad was never much of an outdoorsman. And so they worked with him, told him all about special kinds of bait and lures needed for this particular lake.

Several hours later, after about a dozen disappointed fishermen returned to the campsite empty-handed, my father showed up with two beautiful rainbow trout. He was the only one who caught anything!

My parents also encouraged my sister and me to participate in extracurricular activities at school. They always taught us to look upon our weekly Sabbath observance not as an obstacle, but as an opportunity. So what if I couldn’t play basketball games on Friday nights or with the concert band on Saturdays—I could do those things on Tuesdays or Thursdays!

My sister and I also worked numerous jobs and side-jobs outside the home. I threw newspapers, flipped burgers, sanded and refinished hardwood floors, mowed lawns, planted flowers and made photocopies.

Through it all, following my parents’ lead, I studied Mr. Armstrong’s teachings. I finished his Bible correspondence course as a teenager. (We have produced an updated version of the course if you would like to enroll.) I also studied The Missing Dimension in Sex every day with my dad before school in junior high.

After high school, I applied for Ambassador College in Pasadena, California, and was accepted as a freshman in the fall of 1988. I remember vividly, like it was yesterday, the cross-country trip with my parents, who drove me from Oklahoma to drop me off at my new home.

It was the opportunity of a lifetime. Besides offering a Bible-based education that concentrated on teaching young people how to live, Ambassador was like y.o.u., Packwood Lake, weekend tournaments, youth camp, family get-togethers and summer jobs all wrapped in one.

During my freshman year, along with nine other AC students, I ran the Los Angeles marathon. And in a way, that marathon was a lot like my teenage life. When I started, I thought it would last forever. But soon enough it was all over. It all went by so fast.

As I wrote in Raising the Ruins, “These many youth activities established and emphasized at the end of Mr. Armstrong’s life had a tremendous impact on me personally. Besides drawing me closer to my parents, they strengthened my relationships with other like-minded peers who wanted to succeed in life and avoid the common pitfalls of youth in this evil age.”

I have Mr. Armstrong to thank for that—as well as two wonderful parents for upholding his biblical teachings and embracing his family-oriented work.

Earlier this year, Worldwide Church of God officials announced that they had changed the name of their church to “Grace Communion International.” The church’s president, Joseph Tkach—who is the son of Mr. Armstrong’s handpicked successor, Joseph Tkach Sr.—explained the change to church members this way: “We are a church that God has changed radically from what we once were to what we are today.”

The church I grew up in has indeed been radically transformed. Over the past 20 years, the Tkach administration has denounced Herbert W. Armstrong. To this day, when I hear people parroting Tkachism propaganda about how horrible it was to be a member of the Worldwide Church of God, I have to wonder: Are they referring to the same church I grew up in?

To read much more about the church Mr. Armstrong established—and the cabal of leaders who took control of the church he founded, after pledging to “follow in his footsteps,” and then proceeded to methodically destroy all he had built—request your free copy of Raising the Ruins. We’ll even pay for the shipping.