Everyone qualifies, but few ever bother to apply. 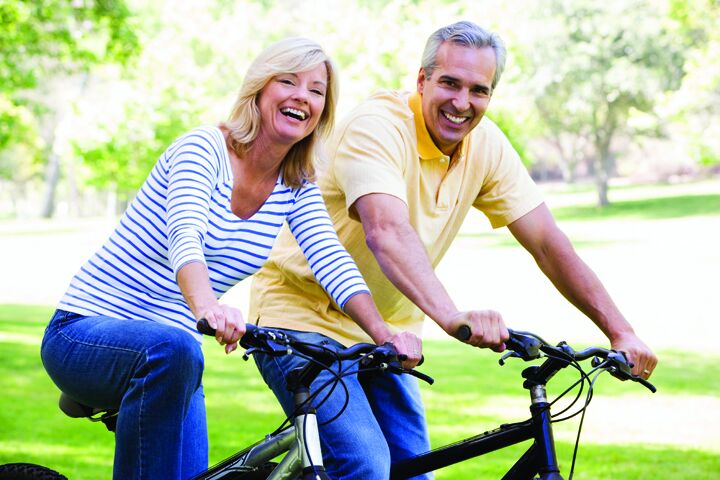 Everyone qualifies, but few ever bother to apply.

Every time I return to the United States after an overseas trip, it’s always somewhat of a shock to see how many people are struggling with their weight. Two out of every three Americans are overweight. Over half of that number are considered obese—meaning one third of Americans are at least 30 pounds above the ideal weight for their size. And when you consider the alarming increase of obesity among young people, the epidemic is sure to get worse.

In March, the Centers for Disease Control and Prevention (cdc) released its annual report on the health status of the United States. Included in this year’s report was a special feature on young adults between the ages of 18 and 29. According to the study, the number of obese young adults in America has tripled since the early 1970s. Other studies have found similarly disturbing trends among children and teenagers.

With all of our scientific enlightenment and advancement, one might assume that we are at the doorstep of disease-free living where “wonder drugs” and high-tech surgeries will soon eradicate sickness and disease.

What a careless assumption that would be.

For every success story in the medical profession, where doctors discover ways to reduce the risk of one disease, there are several new diseases introduced in our modern civilization.

Americans spend more money on health care—$1.7 trillion annually—than any other industrialized nation. But we have precious little to show for it because nearly all of this money goes toward diagnosing diseases and/or treating illnesses after the fact. In other words, Western medicine deals with the effect, rather than the cause.

For example, the obesity epidemic is currently running neck and neck with tobacco as the leading cause of premature death in the U.S. Obesity significantly increases the risk of diabetes, high blood pressure, strokes, cancer and heart disease. Of the 2.4 million total deaths in America each year, 38 percent are victims of heart disease—a man-made disease that is preventable.

An additional 400,000 Americans die each year as a result of tobacco-related illness—also man-made and entirely preventable.

In either case, the cause of such illnesses—whether obesity- or tobacco-related—is unhealthy living. “Of concern for all Americans,” the cdc study noted, “is the high prevalence of people with risk factors such as obesity and insufficient exercise, which are associated with chronic diseases such as heart disease, diabetes and hypertension. … The percentage of adults 18 years of age and over who engaged in regular leisure-time physical activity (about one third of adults in 2005-2006) and strength training (about one fifth of adults in 2005-2006) remains low.”

When you consider the lifestyle of most Americans, it leaves little doubt as to why so many people are overweight and unhealthy. Inactivity and improper eating are a deadly combination.

The Laws of Health

While most people have come to take sickness and disease for granted, God designed our physical bodies—composed of material substance from the ground—so that we might enjoy an energetic and healthful, albeit temporary, existence. That is your body’s normal condition—normal in the sense that this is the way God intends for our physical bodies to function. He wants us to enjoy robust, invigorating life!

To attain such quality living, though, we must obey certain God-ordained health laws. The most important of these is proper diet.

The typical American diet today, however, consists of four or five times as much acid-reacting carbohydrates—not the natural, whole carbohydrates found in foods like brown rice, beans and whole-grain products, which are the complex carbohydrates our bodies need for good health.

Many of these whole foods are stripped of their life-building nutrients in man-made factories before they are shipped to grocery stores, as Herbert W. Armstrong wrote back in 1982: “In the interests of bigger profits, the gigantic food industry is giving us a diet of foodless ‘foods.’

“Take wheat. Wheat is almost a perfect food. It contains all 16 major food elements, in near perfectly balanced proportion. But they take that perfect grain of wheat apart, rob it of the 12 mineral elements, and turn it into white flour—containing the four carbohydrate elements” (Plain Truth, February 1982).

Man has taken all kinds of foods that God made to be mildly acidic and altered them to become highly acidic substances. These refined substances that most people ignorantly call food are most often full of toxic, health-debilitating ingredients, unlike the acidic foods God created, which have many wonderful life-giving properties.

Refined sugar is another culprit. It’s found in practically everything man makes: processed foods, sauces, salad dressings and so on. Author William Dufty wrote in his book Sugar Blues: “Vegetables, fruits, berries and nuts—these natural sources of what we now call vitamin C—had been sweets until concentrated, refined sugar was marketed. Sugar was an unnatural sweet that had been robbed of its vitamin C in the refining process, which was when 90 percent of the natural cane was removed.”

A few hundred years ago, the average person in Europe would eat 3 or 4 pounds of sugar a year. Today, Americans eat well over 100 pounds of it each year. Some people consume that much just in the soda they drink. There is one cup of refined sugar in four 12-ounce cans of soda. This is why we suffer from so many sugar diseases today, like low blood sugar and diabetes.

Well ahead of his time, in October 1954, Mr. Armstrong wrote, “The human body functions according to definite laws. It needs fresh air in the lungs—not tobacco smoke. It needs pure water, and plenty of it—not soda pop, stimulants, and man-perverted drinks. It needs a proper amount of joyous, exhilarating exercise, and walking—not riding everywhere in the car, nor taking one’s exercise sitting down in the paid admission stands of a baseball park, or a football or basketball game. It needs sufficient sunshine, not the dark, dank congestion of crowded man-built cities. It needs cleanliness and proper elimination—not the almost universal constipation caused by neglect and foodless foods contaminated in man-made “food” factories. It needs relaxation, ample rest and sleep—not the nerve-shattering, excitable pleasure-seeking life—and nightlife—of today’s modern whirl.

“And last, but far from least, it needs wholesome, properly prepared natural food—not the starchy, sugary, greasy mess of contaminated stuff we ignorantly suppose to be food today!” (Good News).

Is it any wonder that so many Americans suffer from obesity, sugar disease, low energy, chronic fatigue, insomnia, depression, impotence, allergies, cancer, heart disease and the like? Modern medicine has made great progress in eliminating certain communicable diseases. But non-communicable diseases, like those listed above, thrive in our modern age largely because of faulty diet and sedentary living.

The cdc study on our nation’s health laments the fact that so many Americans are without health insurance. And indeed, despite the unfathomable amount of money we spend on health care as a nation, 47 million Americans do not have health insurance.

The real tragedy, though, is that most Americans, whether they have health insurance or not, are unwilling to take matters into their own hands and greatly improve their overall health by simply eating right and exercising.

It’s the most affordable health-care system there is.

In 3 John 2, the Apostle John wrote, “Beloved, I wish above all things that thou mayest prosper and be in health, even as thy soul prospereth.” Jesus said, “I am come that they might have life, and that they might have it more abundantly” (John 10:10). God’s will is for us to lead a life of quality in every respect—including that of physical health. This is why He has outlined definite laws of health within the pages of His inspired Word—the Holy Bible.

Start obeying these practical laws today and reap the wonderful benefits of a robust and healthy physical life!