After 36 years of European Union membership for Britain, one man’s warning leaps into greater significance. 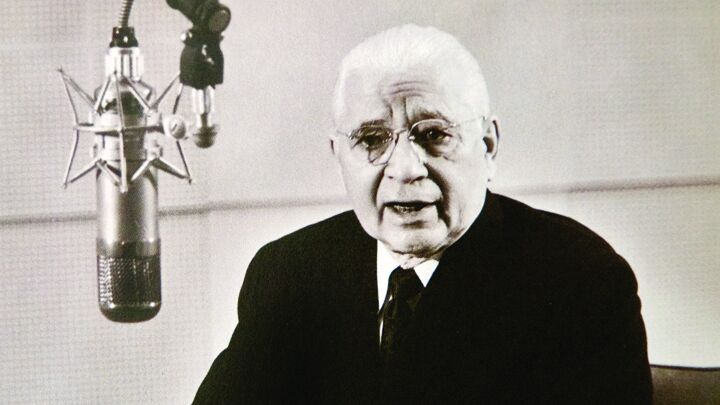 After 36 years of European Union membership for Britain, one man’s warning leaps into greater significance.

“Britain is going to look back on Monday, Jan. 1, 1973, in all probability, as a most tragically historic date—a date fraught with ominous potentialities! For that date marked the United Kingdom’s entry into the European Community” (Herbert W. Armstrong, Plain Truth, March 1973; emphasis mine throughout).

Those familiar with his writings know that’s classic Mr. Armstrong: gripping, plain, sincere. But most importantly, accurate and prescient!

Just ask the growing number of Britons grappling with the realization that the European Union has established a major beachhead within British society. In January, Britain marked the 36-year anniversary of its entrance into the European Community. For many, it’s hard not to look back on Jan. 1, 1973, and not lament it as a “tragically historic date.” Today, the “ominous potentialities” Mr. Armstrong referred to have become alarming realities.

Last December, British media outlets lit up when the European Parliament voted to scrap the UK’s opt-out clause from European Union labor market rules that cap the work week at 48 hours. Britain won the opt-out clause in 1993. Currently, 3 million British workers use Britain’s opt-out, choosing not to restrict their work week to the EU-mandated 48 hours.

Now millions of British workers face a potentially crippling ban on working overtime. The timing of the EU’s vote to scrap Britain’s right to opt out couldn’t have been worse; nearly 2 million Britons are unemployed, and the country is in the throes of its worst recession in generations. Rarely has the right for families to earn extra cash by working overtime been more needed.

The suits in Brussels didn’t care. When the tally of the vote was announced in the European Parliament, meps burst into enthusiastic applause. And although the decision is not yet final, and some British ministers and business leaders have vowed to fight to keep the opt-out clause, the outlook is grim for British workers. Said the Mail Online, “The final decision—likely to be made next spring—would be taken by a qualified-majority vote, leaving Britain without a veto” (Dec. 18, 2008).

This is powerful evidence of the EU’s dramatic influence on British society.

The EU’s regulatory infiltration of Britain these past 36 years is not unlike the way spyware infiltrates a computer. It embeds itself on your hard drive innocuously, but quickly invades and grows. It begins causing problems—easy to ignore at first but eventually causing system failure. Anguished realization ensues: I’ve been hijacked!

Fruit and vegetable wholesaler and father of three, Tim Down, had his moment of anguished realization last summer. In June, he received a visit from officials from the Department for Environment, Food and Rural Affairs. After they conducted a two-hour inspection, they demanded he throw out a batch of kiwifruits. Why? Essentially, because they were 1 millimeter smaller than EU rules allow. Facing a fine of up to £5,000 for selling or even giving away the kiwis, Mr. Down had no choice but to toss the fruit to comply with EU standards.

Mr. Down is among the growing number of Britons coming to terms with the maddening reach of European bureaucrats into British law and society. Restaurant owners face steep fines and even closure for having ovens that do not bear a CE (Conformité Européenne) mark certifying that the equipment meets environmental and safety standards dictated by Brussels. Small-scale gardeners are forced to meet European requirements governing the sale of excess produce from a roadside stall. Millions of British vehicle owners, after 2011, will be required by EU law to drive with dipped headlights at any time of the day. The list goes on and on.

Admittedly, some of these may seem minimal invasions of day-to-day life. But such examples are widespread, and speak to the invasive, undemocratic, even imperialist nature and goals of the lawmakers in Brussels, as well as the spirit of capitulation infecting all too many British leaders. Britain’s large-scale subservience to EU laws and regulations is a result of a stealth 36-year campaign by European leaders to infiltrate British society and establish EU laws and regulations within the British operating system.

If you grasp the spirit driving Europe, these seemingly minor laws and regulations are merely harbingers of much, much more to come. This is exactly what Herbert Armstrong was warning about when he said Britain’s entrance into the EC was “fraught with ominous potentialities.”

Some have yet to realize the extent of the EU’s control. They will. Perhaps it might occur when a looming change to British auto law comes into effect. Currently, British motorists and independent garages operate under an arrangement known as “block exemption,” which requires the auto industry and car manufacturers to provide parts and important computer codes to independent garages (auto mechanic shops)—which are generally cheaper than car dealerships—in order for them to carry out repairs.

If the EU has its way, Britain’s “block exemption” arrangement will be scrapped next year, and car manufacturers will no longer be forced to provide parts and computer codes to independent mechanics. The EU’s change in law could be the deathblow to as many as 20,000 independent garages in Britain and could affect as many as 20 million motorists, many of whom will be forced to have their vehicles repaired at expensive car dealerships.

Gerald Töben had his moment of anguished realization last fall. The 64-year-old teacher from Australia was tossed in jail after being arrested at Heathrow Airport by British police acting on a warrant issued by German authorities. If British police enforcing a German warrant sounds a little unorthodox, get this: Töben was arrested for “Holocaust denial,” a crime in Germany, but not in Britain. When it signed up to the EU’s European Arrest Warrant Act six years ago, Britain accepted the absurd conditions that led to this man being arrested in Britain for a crime that is not even on British books.

Examples of the infiltration are numerous and, as the Euroskeptic movement inside Britain builds momentum, becoming increasingly well-documented. And although many Britons are adapting to the new rules, a crisis between the EU and those skeptical, even fearful, of the goals and motives of Brussels is brewing. Additionally, the strain of the global economic crises—an issue that Britain and much of Europe have differing opinions on how best to handle—is creating conditions conducive to the divorce of Britain and Brussels.

This is exactly what Mr. Armstrong said would happen—36 years ago!

“Britain’s entry into the European Community portends a tragic situation,” concluded the 1973 Plain Truth article. “Britain will be faced with a dilemma.” That dilemma, explained Mr. Armstrong, would revolve around the role of a fundamentally Protestant Britain in a Catholic-dominated imperialistic United States of Europe.

We are witnesses to that dilemma!

Mr. Armstrong’s keynote prophecy was about the rise of a German-led European superpower. Oftentimes, he would talk or write about Britain’s relationship with this soon-coming United States of Europe. “The stage is all set!” he wrote in 1956. “All that’s lacking now is the strong LEADER—the coming FÜHRER! The Germans are coming back from the destruction of World War ii in breathtaking manner. Germany is the economic and military heart of Europe. Probably Germany will lead and dominate the coming United States of Europe. But Britain will be no part of it!”

Herbert Armstrong warned for decades that Britain would not be a part of the coming final resurrection of the Holy Roman Empire. Even as British Prime Minister Edward Heath deceitfully ramrodded his country into the Economic Community in 1973, Mr. Armstrong warned that it was an experiment doomed to failure, and that the British—as many are doing right now—would look back on that day as a “tragically historic date.”

The reality is undeniable. He was right!