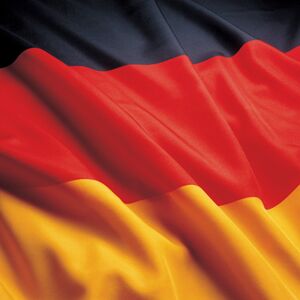 Some Germans are not in the least bit surprised by the global economic collapse. Here’s why.

The Trumpet keeps a keen eye on Germany. For nearly two decades, the Trumpet staff has waited, watched and written about the emergence of a globally dominant, German-led bloc of European states. We have warned specifically that a spectacular global financial crisis, centered in the United States, will likely bring this event to fruition.

We are not entirely alone in this expectation.

The following is a snippet from a secret memorandum written by high-ranking German officers and distributed among an elite group of German leaders in Bonn and other parts of the world. It is an electrifying picture of current events.

Economic difficulties will one day plunge the United States down from its present dizzy heights. Such a catastrophe can be brought about through crafty manipulations and through artificially engendered crises. Such maneuvers are routine measures which have already been employed in international power struggle and will be used again and again as long as economic rivals fight for power positions and markets in the world.It is quite conceivable that America, weakened by a depression, will one day seek support from a resurrected Germany. Such a prospect would open tremendous possibilities for the future power position of a bloc introducing a new order in the world.

Its prescience is chilling.

Survey the current global financial crisis and the changes it is precipitating. Economic difficulties [have] plunge[d] the United States down from its present dizzy heights. Check. Such a catastrophe [was] brought about through crafty manipulations and through artificially engendered crises. Check. America, weakened by a depression, [is seeking] support from a resurrected Germany. Check. Such a prospect [is] open[ing] tremendous possibilities for the future power position of a bloc introducing a new order in the world. Check.

With its economic landscape strewn with surging unemployment lines, writhing stocks, and rotting corpses of banks, financial institutions and businesses, it’s hard to deny “economic difficulties” have brought America down from its dizzying heights. Similarly, piles of evidence—think Bernie Madoff, Lehman Brothers and liberal bank lending standards—testify to “crafty manipulation” as a root cause of this crisis.

What about the notion that “artificially engendered crises” precipitated by foreign forces are also partly to blame for the collapse of the American financial system?

British author and historian Sara Moore recently delved into this historically significant, eerily familiar trend. Armed with facts and historical precedent, Moore details in the European Journal how Germany, employing a similar formula to what it used in the 1930s, is craftily manipulating EU economic policy in an effort to undermine the U.S.

One fundamental cause of the credit crisis in America, Moore suggests, was Germany’s exploitation of the euro (May 2008).

This interesting argument deserves close scrutiny (January/February 2009). When the euro first came online in January 1999, the European Central Bank (ecb)—headquartered in Frankfurt, patterned after Germany’s Bundesbank and heavily influenced by Germans—ensured interest rates remained at or around 2 percent. This was done, in part, to help stabilize and promote the growth of the German economy. By maintaining low interest rates, Moore says, the German-led ecb caused global investors to flock to higher-yielding U.S. treasuries, distorting money markets and facilitating easy credit in America.

This became inevitable after December 2005, when the ecb, having maintained low interest rates for years, raised interest rates seven times in a row. By late 2007, with Europe offering higher, increasingly attractive interest rates, cash was flowing briskly into Europe, and less briskly into America. Together with the housing crisis, the ecb’s calculated diversion of money away from America and into Europe was at least partly responsible for the American credit crisis. According to Moore, it was when the ecb raised its interest rates for the eighth consecutive time in July 2008, that “stock markets round the world collapsed.”

The idea that Germany precipitated the current global economic crisis is intriguing. It’s an argument that grows stronger if you factor in the documented proof showing German leaders planned 60 years ago that an “artificially [German-]engendered” crisis would one day bring the U.S. economy down, and send America scrambling to Germany for assistance.

Barely a day passes without a chorus of American voices—journalists, economists, business leaders, politicians and even the American president—requesting Europe, particularly Germany, to do more to rescue Europe and the rest of the world from the economic chaos. The latest brouhaha between America and Europe, for example, was sparked by President Barack Obama’s most recent request that Europe, and especially Germany, lighten the burden of the global economic crisis by enacting larger stimulus packages for flailing European economies. Lamenting in the New York Times on Monday, prominent economist Paul Krugman said he feels Europe is not doing near enough to combat the global economic downturn. It is not uncommon to hear world leaders talking about the need for a new world order—one, many agree, that needs to be centered in Europe.

America’s plea to Europe, and Germany in particular, is desperate and definitive: The world needs you to do more to rescue it from economic calamity!

As this predicament intensifies, it will continue to create “tremendous possibilities” for Germany. Watch Germany intently. We don’t know if the men who wrote that secret memorandum in 1950 are still alive today. That is inconsequential. The more important question is: Is their strategy for a German new world order still being pursued?

It is becoming harder to deny that it is!

There will be some who will look at the global economic meltdown and the fact that it is causing both Europe and America to rely more on Germany, admit that this aligns perfectly with documented Germanic designs, and consider it an unusual coincidence. But doesn’t Germany’s age-old penchant for global dominion, its provocative role in the two largest wars in history, the fact that it is documented that after World War ii Nazis planned to do it again, the current explosive and uncertain world conditions, and the nightmare scenario of another holocaust, make this a subject worthy of deep investigation?

On top of that, the Holy Bible—what the Apostle Peter termed the “more sure word of prophecy”—has much to say about Germany’s role in end-time world events that aligns perfectly with these facts. If you want proof, request your free copies of The United States and Britain in Prophecy and Germany and the Holy Roman Empire.

In a world set ablaze with chaos and catastrophe, it is imperative that we remain abreast of global trends and developments—especially where they fit into Bible prophecy. Go here now, and request your free one-year subscription to the Philadelphia Trumpet. It is primarily through this high-quality, full-color magazine, as well as Gerald Flurry’s Key of David television broadcast, that we have kept a keen eye on Germany for nearly 20 years.

And we are not about to stop now.