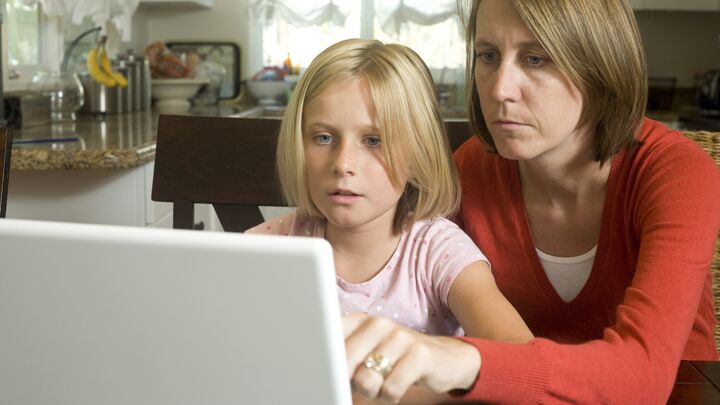 A staggering 90,000 sex offenders have been identified and removed from the popular networking website MySpace. When law enforcement officials made this announcement on February 3, it begged the question, how many thousands more remain lurking in the anonymity of cyberspace?

The lesson: Monitor your children, or the perverts will do it for you.

Is your son or daughter one of them?

If your child has access to the Internet, chances are he or she has at least visited one or more of these sites. They are where users go to chat and converse, share pictures, post stories, and meet new friends. Thus these social networking sites can be a great way to keep in touch, plan outings, vent frustrations to the world or just relax and have fun.

And therein lies the danger.

It gives complete strangers an open doorway direct into the lives and minds of your children and teenagers. And if your children are not careful, they could unknowingly give away dangerous information about where they live, the schools they attend, the working hours of their parents—a pervert’s or stalker’s dream.

It is unknown how many underage Internet users were contacted by the 90,000 sex offenders who were removed from MySpace’s pages just over the past two years. Hopefully it wasn’t one of your children. But 90,000 is a lot of sex offenders roaming cyberspace—and that number doesn’t include untold numbers not yet caught.

“These sites were created for young people to communicate with each other,” says North Carolina Attorney General Roy Cooper. “Predators are going to troll in these areas where they know children are going to be.”

There are over 700,000 registered sex offenders within the United States (though some within this category could include, for example, 19-year-olds who had sex with a 17-year-old, or others who committed crimes not usually thought of as “sex crimes”).

The fact is, just about anyone can create an online profile and gain access to these popular social networking websites. And a person’s online identity can reflect just about anything he or she wants. A 42-year-old Asian man living in Long Beach, California, can present himself as a blond 15-year-old girl from New Jersey who loves partying with friends and listening to Christina Aguilera. You simply don’t know who your children are talking to.

“Our kids don’t realize the danger they can get themselves into,” says North Carolina Special Agent E. Michael Smith. Every time they post a message, they reveal things about themselves that a predator could potentially use. According to Smith, even if MySpace or Facebook users set their sites to “private,” savvy predators may still find ways to view your site without your permission.

And it is not just sexual predators who are the danger. Some predators seek information so they can steal a child’s identity to obtain phony credit cards and create fake identities to sell, and commit other crimes. Children could also be exposed to online bullying and harassment. And then there is also the risk that they may post photos or text messages that they are later embarrassed about and which could later influence employers conducting background checks. Once something is in cyberspace, it can be very difficult if not impossible to get rid of.

But even if the “friends” your children are talking to turn out to be who they say they are, and your children are careful about what information they post (which most are not), they could still be exposed to much more graphic behavior than you are comfortable with—or thought possible.

A recent study by the Seattle Children’s Research Institute examined 500 profiles posted on MySpace by people claiming to be 18 years old. The study found that 41 percent of the profiles mentioned substance abuse, 24 percent talked about sex, and 14 percent referenced violence. All of the profiles were public and available for anyone to view and communicate with.

Internet access is a two-way door. It opens windows to the world, but can also let a world of filth and trash enter your home.

If you want to protect your children and teenagers, one rule stands above all: Know what they are doing on the computer. Make sure you have access to their accounts, whether MySpace or others. It is your responsibility to know who they are talking to and what kind of information is being passed.

Use passwords, use security programs that block sites containing specific words, use whatever it takes—but know what they are doing!

Never let a child have a computer in his or her bedroom, says Don Cantrell, a South Carolina-based cybersafety professional. “Allowing a child to have a computer in their bedroom is kind of like taking them to Times Square and leaving them. They might think they’re perfectly safe, but anything can happen.”