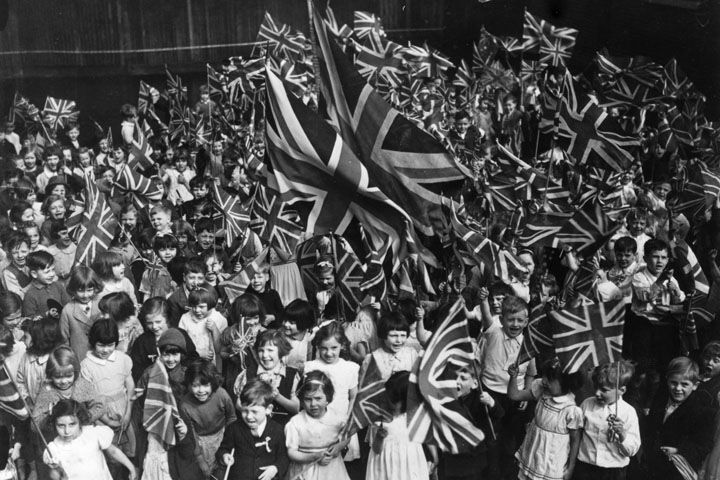 The hidden danger in demonizing the British Empire

“The British Empire oversaw countless atrocities, assumed an immense sense of cultural superiority which has sustained to this day, and destabilized dozens of developing governments.” Is this really true?

When Emmanuel College, Cambridge, announced that its May Ball would have a British Empire theme, it was accused of advocating slavery and racism. A Facebook webpage, sponsored by a number of businesses, demands that the theme be changed, comparing the British Empire to Nazi Germany. Many of the British hate their former empire.

Several years ago, then Foreign Secretary Jack Straw blamed many of the world’s problems on Britain’s “colonial past.” The British view is largely that the empire was a shameful thing.

Meanwhile, Britain’s society is falling apart at the seams.

Many of Britain’s social problems actually arise from this absurd notion of history. Today, Britain has no sense of identity—rather, it is ashamed of its identity. And so society is being torn apart.

Take this statement, about the college ball, from a spokesman of the anti-fascist magazine Searchlight: “Colonialism is associated with repression and exploitation and slavery.” He’s right. In Britain, many associate colonialism with these things.

Yes, the British Empire is associated with slavery—stopping slavery, that is. In 1807, Britain became the first major power to abandon the slave trade—when it was still making a huge profit. How often is a thriving industry banned purely for moral reasons? Almost never. In France, it took a revolution to get rid of slavery, and in America a civil war.

It was not just the West that kept slaves. It was prevalent among the Arab and Eastern nations, and in Africa.

The British Empire led the world in the abolition of slavery.

What is there to be ashamed of about this history?

Britain is the world’s oldest surviving democracy. Since 1215, when the Magna Carta was established—and even before—Britain has given its subjects certain inalienable rights. Habeas corpus, a concept absolutely fundamental to the rule of law, was born in Britain, preceding even the Magna Carta. The writ demands that no man is to be imprisoned without cause—foundational to the idea of being innocent until proven guilty.

The British Empire spread those principles around the world. Americans are proud of their short history of freedom, and rightly so. But without British colonialism, the free nation of America would not exist. What’s more, without Britain, Europe would have fallen under the sway of one of the many tyrannies that have sprung up within its borders. Without Britain, freedom itself would probably not exist in the world today.

The British Empire also spread sanitation, cleanliness and technology. Even today, many nations still use the railways built by Britain.

As Niall Ferguson, senior research fellow at Oxford and professor of history at Harvard, put it, “Nobody pretends that the history of the British Empire is unblemished, but it is reckless for politicians to suggest that problems are the consequence of British colonialism.”

He went on to say, “In the 19th and into the 20th century, it brought a quarter of the world’s land surface free trade, the rule of law and non-corrupt administration and in many places the British were successful in sowing seeds of parliamentary government.”

Yet who believes the historians today? The Britons have rewritten their own history. Collectively, it is as though British society has awoken from a coma, with no knowledge of who they are or where they’ve come from.

British society is suffering from an identity crisis—literally.

Look at the result. Britain has a major problem with “homegrown” terrorists. Islamic immigrants, and sons of immigrants, are easily swayed to hate a country that hates itself.

Meanwhile, the good men do nothing. Ignorant of Britain’s heritage, no one bothers to fight to preserve it. Thousands are too uneducated or illiterate to care about anything other than the latest reality tv show.

They don’t know about Britain’s history of freedom. More importantly, they don’t realize that freedom is something that must be fought for.

The British Empire was built on the back of the “Victorian virtues” of hard work, thrift and chastity. To say that nothing good came of these virtues—to demonize the empire—makes it easier for Britons to pretend they do not need to live by these virtues today. If Victorian values built an evil empire, then those virtues cannot really be virtuous. Hence the drive to put the Victorians and the Nazis on the same level.

To be sure, Victorian society was by no means perfect—in fact, it contained gross injustices and hypocrisy. But it was far less evil than society today with its perversions. As Trumpet columnist Ron Fraser wrote, “The connection between Britain’s greatest state of blessedness and those basic Victorian virtues was not coincidental.”

Now Britons mostly do whatever they like. Even Cambridge’s British Empire-themed ball celebrates “the Victorian commonwealth and all of its decadences.” Decadence is glorified. But Britain’s decadence has led to the breaking of its power.

Today, Britons hate the empire God gave them—because of their forefather Abraham’s obedience—yet love the decadence that brought it down.

Many attributed Britain’s victory in World War ii to its fighting spirit. While it was God who preserved Britain, He did it through the people’s fighting spirit. Today, however, that fighting spirit is gone. Britons have been taught that Britain is simply not worth fighting for. After all, if the British Empire was as bad as Nazism, what’s the point in standing up to Nazis?

This rewrite of history is killing Britain. It allows cults of hate—like radical Islam—to flourish right in the heart of the country. It blots out any knowledge of “heroic virtues”—the virtues that helped make Britain great.

In his introduction to Winston Churchill’s biography of his ancestor, Marlborough, Henry Steele Commager wrote that Churchill “cherished, as a law of history, the principle that a people who flout these virtues is doomed to decay and dissolution, and that a people who respect them will prosper and survive.”

Churchill warned that if we flout those historic virtues, we are “doomed to decay and dissolution.” By blotting out Britain’s history, the liberal elite blot out these virtues.

Does this mean all is lost for Britain? No. Britain faces some bad news, but there is good news coming. For more information on the full story, see our book The United States and Britain in Prophecy.