A radical terrorist and political outcast finds a cozy home in academia. 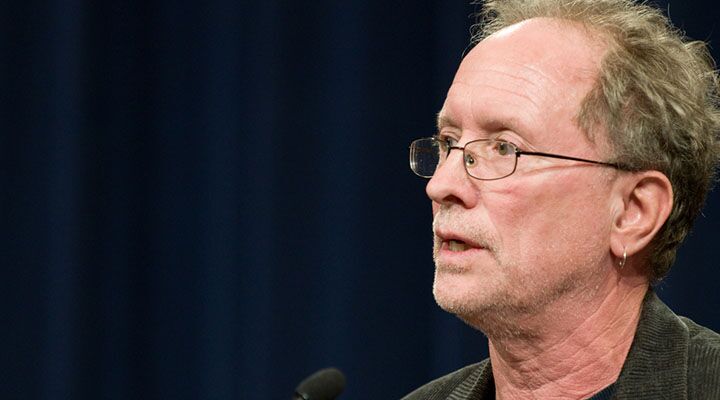 A radical terrorist and political outcast finds a cozy home in academia.

Much has been made about Barack Obama’s association with William Ayers, a man who hasn’t expressed one ounce of remorse for his terrorist attacks on federal targets during the 1960s and 1970s. In fact, he wishes his organization could have committed more murderous acts of domestic terrorism.

Mr. Obama’s critics rightfully said that his friendly relations with Ayers should have disqualified him from the presidency. And yet, we heard little about another disturbing relationship involving Bill Ayers—and one that is far more dangerous than his association with Obama.

You see, Mr. Ayers still serves as a “distinguished” faculty member at a respected university in Chicago. Should an unrepentant terrorist be disqualified from teaching America’s future leaders?

Bill Ayers grew up in a wealthy family during the 1950s and ’60s. He attended private schools before enrolling in the University of Michigan, where he turned into an antiwar protester and dangerous political activist. On May 19, 1972, he bombed the Pentagon. In his memoir, Fugitive Days, he recalled, “Everything was absolutely ideal on the day I bombed the Pentagon. The sky was blue. The birds were singing. And the [expletives] were finally going to get what was coming to them.”

Nearly 20 years after that, the New York Times interviewed Ayers shortly before the publication of Fugitive Days. The Times said Ayers “writes about the Weathermen’s sexual experimentation as they tried to ‘smash monogamy.’ The Weathermen were ‘an army of lovers,’ he says, and describes having had different sexual partners, including his best male friend. …

“Mr. Ayers … in 1970 was said to have summed up the Weatherman philosophy as: ‘Kill all the rich people. Break up their cars and apartments. Bring the revolution home, kill your parents, that’s where it’s really at ….’”

According to his book, Ayers had a hand in bombing the New York City Police Headquarters in 1970, the Capitol building in 1971 and the Pentagon in 1972. When the Times asked if he had any regrets for his violent behavior, Ayers said, “I don’t regret setting bombs. I feel we didn’t do enough.”

Not surprisingly, the Ayers interview received little attention on the day it was published in the New York Times—Sept. 11, 2001. Talk about bad timing. Yet, even with the rest of the country reeling from the 9/11 attacks, Ayers seemed unaffected. Five days after 9/11, Ayers told the New York Times Magazine that he still didn’t trust America. “You can’t live in a society like this in equilibrium and not sell your soul. This society is not a just and fair and decent place,” Ayers said. Later, he continued, “We’re living in a country where the election was stolen, and we didn’t have a mass uprising. It’s incredible. We’re all asleep. The pundits all pat themselves on the back: ‘[W]hat a great country. You know, we could have had a constitutional crisis, but instead, we let him steal the election. Isn’t that great. What a country.’ It makes me want to puke.”

Mr. Obama denounces Ayers the ’70s radical. But he also praises Ayers the present-day educational reformer without any fear of negative backlash. Could anything better illustrate the despicable state of modern education today?

In October, more than 3,200 supporters of Ayers—most from the field of academia—signed a petition expressing their support for the educational “reformer.” The list included the likes of Palestinian activist Rashid Khalidi, who worked for the official Palestinian news agency when the Yasser Arafat-led Palestinian Liberation Organization was engaged in terrorist activities against Israel, and Ward Churchill, who compared the victims of 9/11 to Nazis.

Ayers’s participation in “political” activity 40 years ago, the petition reads, is history—“what is most relevant now is his continued engagement in progressive causes, and his exemplary contribution—including publishing 16 books—to the field of education.”

He may be an unrepentant terrorist, but look at what he’s done for education.

During the educational upheaval of the 1960s, even as Bill Ayers was sowing the seeds of hatred and rebellion, Herbert W. Armstrong said, “The future welfare and even the existence of civilization is dependent on the educational system” (Plain Truth, December 1965). During the same period of nationwide student revolt, one national leader warned: “We live in an age of anarchy both abroad and at home. … Here in the United States, great universities are being systematically destroyed.”

A cultural revolution was sweeping across the Western world. Mr. Armstrong wrote in his 1964 book God Speaks Out on “The New Morality,” “The revolt is on against prudery, repression and ignorance.” Almost overnight, our system of education turned into something that was grossly immoral, radically materialistic and blatantly hostile to all forms of authority.

That was four decades ago. Today, sexual experimentation, whether you are a liberal or a so-called conservative, is seen as neither controversial nor dangerous. Radical individualism and materialism is not seen as selfish or reckless, but rather as something everyone deserves by right of birth. Added to that, we’ve “progressed” so far in our pursuit of knowledge that even the most infamous rebels of the 1960s are now seen as distinguished professors.

Is it any wonder that, as my father wrote in our September issue, we have passed the point of no return? We are where we are today largely because education has failed us. The god of this present evil world (2 Corinthians 4:4; Revelation 12:9) is now in complete control of the Western system of education. And every year, he brings in millions of new recruits with the express purpose of driving them further and further away from God’s way of life.

Instead of disseminating knowledge capable of solving the world’s mounting problems, education itself is ruined.

To learn about the educational system God is about to raise up, request our booklet Education With Vision.