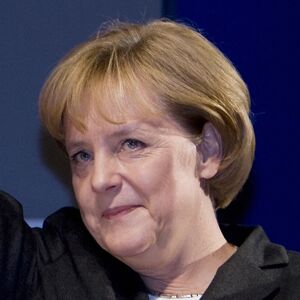 Growing cooperation between Moscow and Berlin is undermining the influence and credibility of arguably the most important security organization in modern history.

Within days of Russia’s invasion of Georgia in early August, our editor in chief, Gerald Flurry, told students at Herbert W. Armstrong College that he believed Moscow had struck a deal with Germany over Georgia before it attacked. After delivering that message to the students, Mr. Flurry wrote in the October issue of the Trumpet, “I believe Germany may well have been complicit in Russia’s plan to attack Georgia!”

That analysis was bold and unique. At the time, there were no media reports suggesting behind-the-scenes dealings between Moscow and Berlin. Since then, however, a pile of evidence has emerged (read this, for example) pointing to a growing cooperation between Russia and Germany.

Some of the strongest evidence of a growing Russo-German partnership came earlier this month. On October 2, German Chancellor Angela Merkel visited with Russian President Dmitri Medvedev in St. Petersburg. Among other topics, the two leaders discussed Germany’s position on nato, particularly the American-led efforts to welcome Ukraine and Georgia into the ailing organization. Speaking at a press conference after the meetings, Chancellor Merkel left little doubt as to where Germany’s allegiance lies. She told reporters that the German government patently objects to nato membership for both counties—and even opposes placing either Georgia or Ukraine on the path to membership.

This announcement was not insignificant, for nato or for America. Since nato operates on consensus, and any member nation can effectively block potential candidates from membership, Merkel’s rejection severely undermines nato plans to expand. It also undermines America’s geopolitical strength, which is often manifested through that organization.

But Germany and Russia’s crafty assault on nato and America didn’t end there. During the meetings, the topic most intensely discussed was the idea of a “new collective security agreement between Europe and Russia, dubbed Helsinki ii” (Stratfor, October 2). That’s important: Europe’s largest and most influential nation is not only backing Kremlin efforts to undermine the premier Western security alliance, it is actively seeking to form a new strategic alliance with the Russians!

The new geopolitical reality is that Germany fears Russia more than it fears the United States!

The timing of a Helsinki ii agreement is beyond coincidental. Stratfor continued (emphasis mine throughout):

The so-called Helsinki ii pact would echo the Helsinki agreement in 1975 that entailed closer relations between Europe and the Soviet Union. The agreement emerged at a time when the United States appeared weak after being tied down in Vietnam, and European politicians were experimenting with “ostpolitic,” a tactic of seeking rapport with the Soviets.

As was the case with the first Helskinki agreement, America’s geopolitical impotence lies at the foundation of German (and eventually European) efforts to form a new strategic partnership with Russia!

Germany’s decision to reject American interests and side with Russia on the nato issue is of “great significance,” wrote Stratfor founder George Friedman last week. Merkel, remember, is the most pro-American politician in Germany and the most pro-American German chancellor in nearly 20 years. Moreover, as Friedman noted, as an East German she has an inherent unease about Russia. Yet, despite all this, she still chose Russia over the United States.

The first reason is simple. Germany relies heavily on Russian energy, and with the cold months approaching, it would be foolish to irritate a key energy supplier.

But there was more to Germany’s decision than gas. Friedman observed, “Germany views the U.S. obsession with nato expansion as simply not in Germany’s interests” (October 6). He continued:

First, expanding nato guarantees to Ukraine and Georgia is meaningless. nato and the United States don’t have the military means to protect Ukraine or Georgia, and incorporating them into the alliance would not increase European security. From a military standpoint, nato membership for the two former Soviet republics is an empty gesture, while from a political standpoint, Berlin sees it as designed to irritate the Russians for no clear purpose.Next, were nato prepared to protect Ukraine and Georgia, all nato countries including Germany would be forced to increase defense expenditures substantially. This is not something that Germany and the rest of nato want to do.Finally, and perhaps most importantly, Germany spent 1945 to 1992 being the potential prime battleground of the Cold War. It spent 1992 to 2008 not being the potential prime battleground. Germany prefers the latter, and it does not intend to be drawn into a new Cold War under any circumstances. This has profound implications for the future of both nato and U.S.-German relations.

What does all this mean?

It means Germany is in the midst of a “strategic crisis in which it must make some fundamental decisions” (ibid.). The Germans are right now deciding their future. Should they remain an ally of the U.S.? This would mean maintaining their support for America’s foreign-policy objectives, which include expanding nato and increasing the alliance’s military presence on Russia’s doorstep—a move that would assuredly infuriate the Russians.

Germany’s other option is to realign itself with the newly resurgent Moscow. This option is infinitely more appealing right now, because while upsetting America is not ideal, it comes with far fewer risks than upsetting the feisty behemoth next door.

If Germany were to join those who call for nato expansion, the first step toward a confrontation with Russia would have been taken. The second step would be guaranteeing the security of the Baltics and Poland. America would make the speeches, and Germans would man the line. After spending most of the last century fighting or preparing to fight the Russians, the Germans looked around at the condition of their allies and opted out.

The Germans saw what happened in Georgia in September. They know that Russia is in the mood for confrontation. They recognize that now is a time to cajole the Kremlin, not confront it. And they know that any benefit that might come from maintaining the support of America will be far outweighed by the repercussions that would come from annoying the Russians.

“Everything in German history has led to this moment,” Friedman concluded. “The country is united and wants to be secure. It will not play the role it was forced into during the Cold War, nor will it play geopolitical poker as it did in the First and Second World Wars. And that means nato is permanently and profoundly broken.”

Think about that. This respected analyst recognizes that a growing Russian-German relationship signifies that nato—arguably the defining security organization in modern history, and a key geopolitical instrument of the United States—is now permanently and profoundly broken.

For years the Trumpet has forecast the demise of nato as an influential American-led organization. When Russia invaded Georgia on August 8, nato’s demise grew nearer. Since then, the steady flow of evidence pointing toward an improving Russo-German relationship, which is largely founded on an anti-nato platform, indicates that nato’s demise is inevitable.

Russia and Germany are cunningly undermining and systematically dismantling nato!

The demise of this American-led security alliance, the rise of a resurgent Russia, the newly forming European superpower, and the imminent emergence of a new Russo-German pact all are evidence that a major shifting of geopolitical tectonic plates is currently under way. The Trumpet stands by its warnings of recent weeks: Watch Russia and Germany closely!

History shows that the formation of a strategic pact between Russia and Germany—which these two nations are forming right now—is a precursor to war!