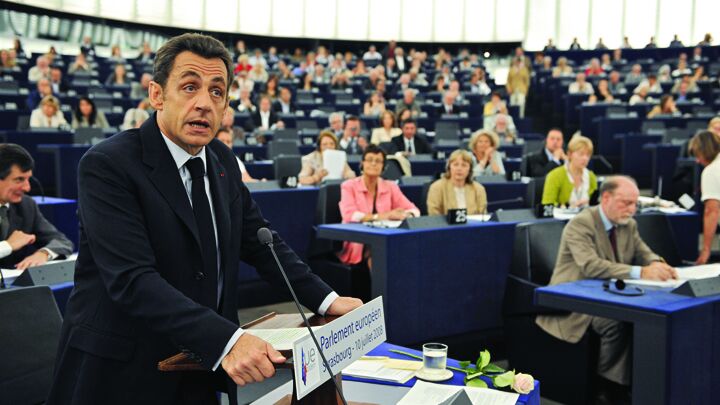 Nothing exposes the truth like a crisis. Witness Russia’s premeditated, bloody invasion of the democratic, Western-friendly nation of Georgia. The war quickly revealed some ulcer-causing realities, including: Russia’s return to aggressive imperialism; America and the West’s gaping geopolitical and military impotence; the ardency of the Kremlin’s opposition to former Soviet satellites embracing nato and the West and the extent (all-out war) to which Russia is prepared to go to maintain dominance of its periphery; and, importantly, the emergence of a strong, militaristic Russia, which, remember, has a nuclear arsenal.

While Russian tanks steamrolled a pro-Western, strategically located European ally, all that European leaders could do was agree to conduct an emergency meeting of EU foreign ministers, make ineffective remarks about how the crisis should be handled, and shuttle diplomats back and forth between Tbilisi, Moscow and the Continent. Russia’s invasion was met by a hodgepodge of reactions from European leaders. While leaders of Poland and the three Baltic states (all former Soviet bloc states) issued a strongly worded statement calling on the EU and nato to oppose Russia’s “imperialist policy,” Italian Foreign Minister Franco Frattini spoke out against allowing an anti-Russian coalition to form in the EU, warning that a strong condemnation of Russia would be negative for all of Europe.

Janet Stobart and Sebastian Rotella from the Los Angeles Times were among the few who reported on Europe’s impotent response: “The crisis in the former Soviet republic of Georgia exposes the problems and limitations afflicting Europe, particularly the dream of a strong European Union playing a key role on the world stage …. The European reaction has in some ways evoked the familiar stereotypes: The EU is rich but bureaucratic, sophisticated but timid, big but profoundly divided between the aging powers of the West and impatient newcomers of the East. Its main weapon when dealing with Moscow, analysts say, is soft power” (August 13; emphasis mine throughout).

In exposing Europe’s greatest weakness, Russia’s invasion of Georgia also revealed what an increasing number of Europeans must consider Europe’s greatest need, which is to become a mighty, united power capable of confronting Russian belligerency!

It’s easy to look at the disarray in Europe and say this will never happen. Just watch! Both Bible prophecy and history inform us that Russian nationalism will be a powerful catalyst for the emergence of a united European power operating under the vibrant leadership of a singular man!

Sweat has been beading on Europe’s brow since January 2000, when Vladimir Putin set Russia on the path—marked by the destruction of democracy and the consolidation of government control over virtually every sector of industry and society—toward nationalism and autocracy. “Russian elections have recently moved President Vladimir Putin much closer to becoming a dictator,” wrote Trumpet editor in chief Gerald Flurry in January 2004, immediately after Putin was reelected. “This strikes intense fear in Europe.”

Europe’s fear has intensified tenfold since then! In the past eight years, Putin has transformed Russia into a nuclear-powered dictatorial state with phenomenal wealth and geopolitical influence, thanks largely to Russia’s massive oil and gas deposits. Europe is heavily dependent on Russia for much of its energy needs.

It gets worse: Putin’s strategic, well-timed, even brilliant, invasion of Georgia indicates that the Russian military has evolved into a highly competent, advanced fighting machine, capable of rapid offensive deployment—and willing to defy international opinion and wage war!

Europe must be terrified!

How will it respond? Will it cower and disintegrate in the face of the roaring, bloodthirsty bear? Or will it shed its divisions and disagreements, consolidate behind an accepted leader, become politically and militarily empowered, and stand up to defend itself from the Russian behemoth?

The answer is clear if we’re willing to believe European history and Bible prophecy. Both history and prophecy show that nothing is more terrifying than a terrified European continent!

Two thousand years of European history show us that when Europe is pushed, it always pushes back—often with ferocity and blitzkrieg warfare!

Remember the Roman Empire. Empowered by its highly organized, ruthless army, Rome conquered the continent of Europe—from the northern and southern rim of the Mediterranean, to Britain, to the frontiers of what is now called Russia. Remember the Frankish Emperor Charlemagne. It took him little more than a single generation to gut much of the Continent of non-Christians (particularly Muslims) and raise the Franks from a relatively small tribe of Europe to a single political, Christianized political unit dominating territory unparalleled in size since the days of imperial Rome. Remember the Crusades, a sickening series of violent offensive wars in the Middle East and the Holy Land by bloodthirsty Roman Catholic Europeans bent on curbing Muslim ambitions. Remember World War II, when Adolf Hitler and Nazism, embraced by millions of eager converts, blitzed north, west, east and south across the plains of Europe, pillaging towns and cities, erecting death camps, raping young girls, tossing infants in the air and shooting them, slashing unborn babies from their screaming mothers, and gassing and machine-gunning millions of men, women and children.

The postwar peaceful and benign Europe we know is a temporary anomaly. European history is stained with retaliatory strikes against opposing forces and unimaginable horrors!

Informed by this history, isn’t it logical that a revived, nuclear-armed, energy-rich, imperialist Russia might incite the resurrection of European imperialism?

This is something Herbert W. Armstrong warned about for years. “What Russia is doing will be the spark to bring the heads of nations in Europe together with the Vatican to form a ‘United Nations of Europe,’” he wrote in 1980.

For years, Mr. Armstrong warned that European nations would get the strong leadership they so desperately yearn for. In addition to history, Bible prophecy tells us Germany and the Vatican will provide this leadership. A resurrected imperialistic Russia will serve as a prod toward the fulfillment of a prophecy Herbert Armstrong and now Gerald Flurry have been warning about for decades: the resurrection of an imperialistic, German-led, Catholic European empire!

From The October 2008 Philadelphia Trumpet
View Issue FREE Subscription
Next