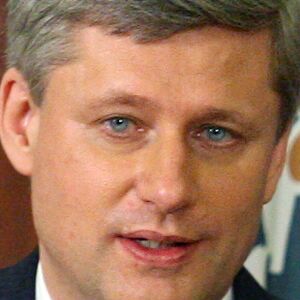 The administration’s recent apology shows a deep-rooted flaw in our cultural thinking. The solution to this problem ensures cultural preservation, beauty and strength.

A house divided against itself cannot stand. Everybody knows that biblical principle. So why is Canada promoting a national policy that erodes the country’s foundation by dividing people?

Earlier this year, the Canadian government apologized for alleged abuses to all aboriginal Canadians for the treatment they reportedly received at residential schools beginning during the 1870s. At this time, many aboriginal children between the ages of 5 and 15 were taken from their homes and placed in boarding schools.

However, one aspect of this apology bodes ill for Canada’s future.

Critics on one side of the spectrum disparage the compensation package promised by the government (expected to top $4 billion) for approximately 80,000 affected people. The other side argues this compensation doesn’t go far enough. Some few characterize the compensation as “blood money,” refusing to accept any of it.

Yet, most tribal leaders say that reconciliation between First Nations people (those of Native American origin) and other Canadians can now proceed since an apology has been made and compensation is forthcoming. The result, they claim, will be a stronger, more united nation.

Some hard feelings may have been temporarily alleviated, but the prime minister’s speech highlighted a national ideology that is furthering the divide between peoples—an ideology that is compartmentalizing, balkanizing and fragmenting the Canadian nation.

In his apology, the prime minister railed against assimilation. “Today, we recognize that this policy of assimilation was wrong, has caused great harm, and has no place in our country,” he said. “There is no place in Canada for the attitudes that inspired the Indian residential schools system to ever again prevail …. The government of Canada sincerely apologizes and asks the forgiveness of the aboriginal peoples of this country for failing them so profoundly. We are sorry” (emphasis mine throughout).

Mr. Harper is right on the point that assimilation is wrong in respect to its aim of completely absorbing a minority race into the prevailing dominant race. However, a policy that promotes the adoption of the laws, customs, and social norms of the dominant culture while protecting the ethnicity of the minority is a good thing.

What used to be Yugoslavia is a prime example. Although Germany and the Vatican’s political action in the breakup of that Balkan nation has been well-documented, Yugoslavia largely dissolved along distinct cultural lines—Catholic Croats and Slovenes, Muslim Kosovars, Eastern Orthodox Serbs and Montenegrins. One influential country quickly disintegrated into six largely insignificant states.

Belgium is another example of a nation threatening to break apart due to political action, in this case along French- and Dutch-speaking cultural lines. In Poland, the Silesians say they are ready to try for separation. Canada itself chronically struggles to keep the French- and English-speaking portions of the population united.

Without common language and common culture, the only thing that is common in such nations seems to be strife and division.

The problem with Canada’s residential school system wasn’t what it taught. In fact, many Indian parents wanted their children to be a part of the Canadian education system, and many Indian students had positive experiences at the boarding schools (eventually becoming lawyers and doctors, etc.).

But Canada has embarked on a grand social experiment sacrificing Canadian national heritage to celebrate, maintain and promote the varying cultures and distinct international identities within the nation in the hope it will encourage social cohesion. This policy, called multiculturalism, is based on a fallacy.

It is impossible for greater unity to result from greater differences.

Clearly, Canada has learned nothing from having spent the last 50 years with a knife to its throat, bargaining for the country’s life and unity with the French-speaking province of Quebec.

The manifestations of mounting disunity across Canada are clearly visible. One can visit whole cities that have come to resemble exotic lands where English (or French, in the case of Quebec) is rarely heard. It can be seen in Richmond, the “Little Hong Kong” of Vancouver, where over 40 percent of the more than 2 million residents speak a non-English language as their first. It can be seen in Toronto’s “Little Indias,” where the number of people of East Indian origin has grown from about 500 in the late 1960s to over half a million today. And it can be seen in cities all across Canada where people of similar nationality cluster together to create homogonous subcommunities within communities, each with its individual set of agendas and ideals.

The balkanization of Canada has spread far beyond the East-West French-English divide. Now, Canada’s cities are being carved up piecemeal too. And as these monocultural enclaves grow in numbers, they are exerting increasing political influence. The result: National laws and traditions are changing at the expense of the majority so as not to offend the minority.

For example, last year several members of parliament—including representatives from each of the Conservative, Liberal and New Democratic parties—attended and voiced support for the annual Vaisakhi Day parade in Surrey, British Columbia. This, despite the fact that the local Sikh community was using the opportunity to glorify Babbar Khalsa terrorists like Talwinder Parmar, who, according to the Canadian Broadcasting Corporation, is “the worst mass murderer in Canadian history.”

Why did so many Canadian politicians show support for terrorists who have urged their followers to “kill 50,000 Hindus,” as Parmar admonished? (A few politicians later apologized for doing so.)

Two reasons: First, they were afraid of losing votes. Second, they didn’t want to risk being depicted as insensitive to another culture, or worse, labeled as racist. So politicians, in their support for the Sikh community, insulted Hindus and all the other Canadians whose family members died in the 1985 Air India bombing. Does this sound like the beginnings of future peace between peoples? Or rather, is it transplanting civil wars?

The divisiveness of the multicultural ideology, most visible in political correctness, doesn’t stop there. The multiculturalism-based education system creates division among future generations too.

But hold on, one might say. Doesn’t learning about different cultures enrich your understanding of other peoples and thus foster better relations? Perhaps. But that is not what multiculturalism teaches today. U.S. Judge Robert Bork explained in his book Slouching Towards Gomorrah:

A curriculum designed to foster understanding of other cultures would study those cultures. Multiculturalism does not. Courses are not offered on the cultures of China or India or Brazil or Nigeria, nor does the curriculum require the study of languages without which foreign cultures cannot be fully understood. Instead the focus is on groups that, allegedly, have been subjected to oppression by American and Western civilization—homosexuals, American Indians, blacks, Hispanics, women, and so on. The message is not that all cultures are to be respected, but that European culture … is uniquely evil.

Thus the seeds of division are being perpetuated for generations to come.

And sadly, few see the danger of a house divided against itself, despite the warning from the great God who not only designed the universe, but created all life.

God loves all races and peoples—that is why He didn’t create just one. God wants all people to be happy and for “all men to be saved, and to come unto the knowledge of the truth” (1 Timothy 2:4). That is actually why God told ancient Israel that all foreigners who were to permanently dwell within the country were to leave any incompatible traditions behind, and submit to Israelite law. Similarly, it was for mankind’s own happiness, and for the preservation of the distinctive races which God created, that He settled the different peoples in their respective geographic locations. Peoples were to remain distinct, maintaining their unique heritages and rich, growing, vibrant cultures.

Multiculturalism goes against the principles and laws outlined in the Bible, and ultimately, that is why it will not result in lasting harmony or unity between cultures. Nor will it create a stable nation.

The great news is that the Bible speaks of a time when there will be peace and cooperation between the races and many cultures of the world. It also talks about how all men will eventually become part of God’s Family—the most unified, beautiful, strong and diverse nation imaginable! For more about this soon-coming time, read The Wonderful World Tomorrow—What It Will Be Like and The God Family Vision.