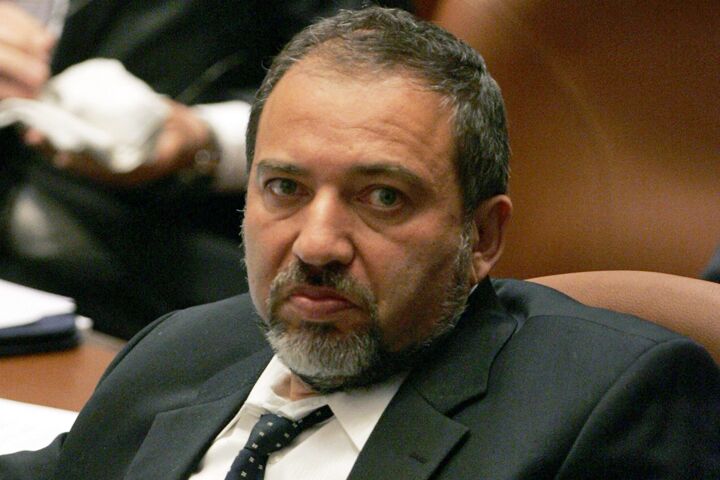 The departure of an important coalition partner puts the Israeli administration on the verge of toppling.

Avigdor Lieberman and the Yisrael Beiteinu party quit the Israeli government of Ehud Olmert on January 16. Lieberman resigned from his post as minister for strategic affairs two days after the Olmert administration began final status negotiations with Palestinians in Jerusalem. The split could ultimately crumble the government and bring a new leader to power in Israel.

The talks included, for the first time, core issues including borders for a Palestinian state, expulsion of Jewish settlers, final status of Jerusalem and immigration of millions of Palestinians currently living outside Israel.

“On October 27, 2007, a month before the Annapolis Conference, we published our red lines for staying in the government,” Lieberman told reporters at the Knesset. “We were absolutely clear about what it would take to keep our party in the government.”

“I met with the prime minister two days before he left for the conference, and 10 days ago I reiterated our red lines yet again: If the government opens negotiations on core issues with the Palestinian Authority, we would leave the government.”

Arutz Sheva reported, “Lieberman said the land-for-peace formula that has governed Israeli negotiations for nearly 20 years has been a dramatic failure, and stressed that Jewish communities in Judea and Samaria have nothing to do with the Arab world’s ongoing rejection of Israel as a Jewish country.”

“From our point of view, the concept of land for peace is out of the question,” Lieberman said, adding, “There was terrorism, there was also a conflict before 1967 and before 1948. Anyone who chooses to ignore that fact brings destruction to the Jewish state.”

“Pursue Yossi Beilin’s idea and retreat to the 1967 border. Then what? Then there will be peace? Then there won’t be any more terrorism? Anyone who says [Israel’s conflict] with the Arabs is about territory, settlements or outposts is deceiving himself and others” (ibid.).

Lieberman pointed to the Israeli Arab Monitoring Committee’s vision statement as the true and shockingly frank intent of Palestinians: “We demand independence [from Israel] for the Galilee and the Negev. We will never recognize the State of Israel as a Jewish country.”

“They say it openly,” he stated, “there is no need for interpretation.”

Instead of more land for peace, the famously failing policy, Lieberman called for territorial and population transfers that would result in a Jewish Israeli state and an Arab Palestinian state.

“We want two states for two peoples, not a state-and-a-half for one nation and half-a-country for the other. We cannot accept the asymmetry of a Jew-free Palestinian state and a bi-national Israel with 20 percent-plus minorities.”

In response to the split, the prime minister’s office said yesterday there would be no policy change from the land-for-peace map laid out at Annapolis.

The political drama is being carried out against the backdrop of increased Palestinian terrorist attacks, including a 40-rocket barrage into Jewish civilian centers, and Israeli reprisals.

The departure of Yisrael Beiteinu (which translates “Israel Is Our Home”) means Olmert’s coalition loses 11 members, retaining only 67 of the Knesset’s 120 seats. While this still forms a majority, defection of another coalition party, particularly Shas, which largely shares Yisrael Beiteinu’s position on land exchanges, would topple the ruling coalition and allow the opposition to call for early elections.

According to Haaretz, Shas has said it will stay for negotiations over borders and refugees, but if Jerusalem is put on the carving table, it will immediately walk.

A Yediot Aharonot poll found that only 8 percent of Israelis think Olmert should be prime minister.

The knock-out punch, however, could come at the end of January, when the Winograd Commission, which has investigated Olmert’s direction of Israel’s 2006 war against Hezbollah, issues its final report. An earlier Winograd statement, harsh but not nearly as condemning as the new report is expected to be, caused some members of Olmert’s Kadima party to call for his resignation. Kadima’s main coalition partner, the Labor Party, has indicated it may leave the government as well if the final report slams Olmert as hard as expected.

For more on what Israel’s new ruling coalition might look like, including who the next prime minister might be and what will result, read November-December’s Trumpet cover story, “Can This Man Save Israel?”