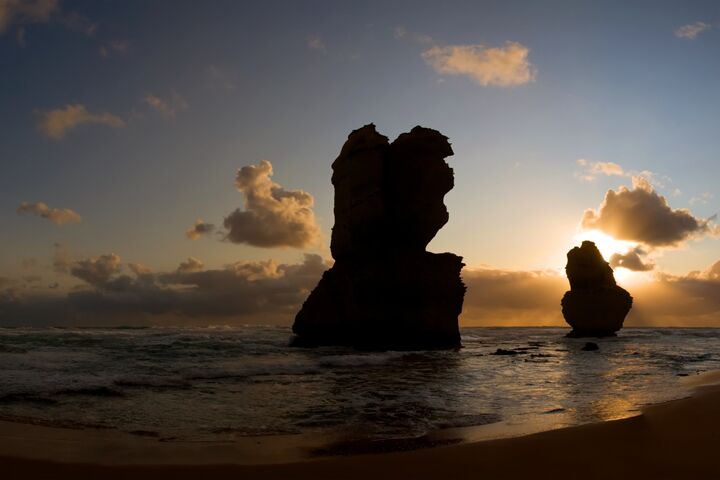 Was apostleship sealed with the original 12 at the beginning of the New Testament Church?

In 1931, when Herbert W. Armstrong was ordained as a minister, he didn’t give thought to the ranks in the ministry, especially when it applied to himself. He just considered himself a minister of Jesus Christ. Then, as the years passed and more churches were raised up under his leadership, as he preached the gospel of Jesus Christ as a witness to all nations, some men at headquarters began calling him an apostle. He resisted this title for years. He was not after a title, he just wanted to do the work that God gave him to do.

It was only when he began to understand just what the meaning of an apostle was that he took a closer look. Unger’s Bible Dictionary defines apostle as “One sent with a special message or commission …. As regards the apostolic office, it seems to have been preeminently that of founding the churches, and upholding them by supernatural power specially bestowed for that purpose.”

The Companion Bible states: “One sent forth with a special mission or errand.”

Clarke’s Commentary: “The word apostle comes from a Greek word that means, I send a message. … Those who were Christ’s apostles were first His disciples; which means that men must first be taught of God before they are sent of God.”

Jesus Christ never made an apostle of any man who was not first His student or disciple. When these things were pointed out to Mr. Armstrong, he began to see that he was fulfilling the office of an apostle, so he accepted this title.

The first apostles were chosen for God to use. Halley’s Handbook points out that the training of the first 12 was not an easy task, for they were being trained for a work utterly different from anything they imagined. They had no thought at first of becoming the preachers they turned out to be. They were expecting the Messiah to establish a political world empire of which they would be administrators. When they were told that Christ was to be crucified instead of establishing a throne at that time, they were stunned. Even at the last Passover, their minds were still on who was to have the greatest office. It was not until after Christ’s death, resurrection, and sending of His Holy Spirit that they understood His Kingdom was to be set up at a much later time. In Acts 1:6, they asked Christ before He ascended to heaven if He would “at this time restore again the kingdom to Israel.”

So did this unique office become obsolete after these original 12? Let’s look into the Bible for the answer.

In Matthew 10:1 Christ called them disciples. Then in verse 2 they are called apostles, and in verse 5 they are “sent forth.” Nothing in this chapter indicates this office would be sealed after them. Mark 3:13-14 state that He ordained 12. Luke 6:12-13 tell us He prayed all night before choosing and ordaining them. John’s account tells us the disciples were excited that they had found the Messiah and they willingly followed Jesus Christ as His disciples (John 1:37-41). Again, in all these accounts there is nothing about the apostleship being a closed office or a sealed office.

The Companion Bible tells us there are four places where the Bible lists the apostles in the New Testament: three times in the gospels which we have just read, and one time in the book of Acts. In fact, the word apostle or apostles appears eight times in the Gospels, 68 times in Acts and the epistles, and three times in the book of Revelation. When used in the Gospels, it refers to the 12 chosen and commissioned by Christ during His ministry. It was from this office that Judas fell. Remember the question is, was this office sealed with the 12? Could there be others ordained to this office?

In Acts 1:13-26 we read the account of how the office from which Judas fell was given to Matthias. So here is the account of another apostle being chosen, though nothing more is said about him.

In Acts 13 and 14 we are given an account of some of the work of Paul and Barnabas, but notice in Acts 14:14 Barnabas and Paul are called “apostles.” We see further proof that the apostleship wasn’t sealed. In Romans 11:13, Paul says, “I am the apostle of the Gentiles, I magnify mine office.” So we see in God’s inspired Word that Barnabas and Paul were the first and second apostles mentioned after the first 12.

We can also find others mentioned in the Bible. Notice the third and fourth ones mentioned: Romans 16:7 says, “Salute Andronicus and Junia … who are of note among the apostles, who also were in Christ before me.” Here are two more mentioned.

Let’s look at the account of another apostle. We know that of the original 12, two were named James, one was the son of Zebedee and the other the son of Alphaeus. There was yet another James who later became an apostle who was not numbered among the original 12. This was James the half-brother of Jesus Christ. Galatians 1:17-19 give the account of Paul returning from Arabia after his three years of training in the desert with Christ. In verse 19 he says, “But other of the apostles saw I none, save James the Lord’s brother.” Here is a fifth one mentioned after the 12.

Two more apostles are mentioned by Paul which will take a little more study. In 1 Thessalonians 1:1-6 notice how Paul words the letter: “Paul, and Silvanus, and Timotheus, unto the church of Thessalonians ….” Notice in verse 2 that he say “We give thanks,” grouping all three together. He says the same thing in verses 5 and 6. Then in chapter 2, verses 2 and 5, Paul still lumps all three together, and in verse 6 he refers to them all as apostles: “Nor of men sought we glory, neither of you, nor yet of others, when we might have been burdensome, as the apostles of Christ.” We can see that Silvanus and Timothy are mentioned as apostles, bringing the number to seven who were ordained after the original 12 apostles.

Epaphroditus and Titus are given the label of “messenger.” Notice Philippians 2:25: “Epaphroditus, my brother, and companion in labour, and fellowsoldier, but your messenger….” The same is said of Titus in 2 Corinthians 8:23. The Greek word for messenger here is apostolos, translated apostle in other places. The Diaglott of the original Greek translated messenger as apostle both times in these two scriptures. This brings our number of additional apostles to nine.

It is rather evident that Christ did not seal the office of apostle with the first 12.

Paul called himself an apostle 19 times and even defended himself concerning this office in 2 Corinthians 10:13. The only time the word apostle and seal are used together is when Paul is defending his office (1 Corinthians 9:2). Read verses 1 through 5 and notice that Paul is saying that the seal, or proof, of his apostleship was the conversion to Christianity of the brethren. Paul used the analogy of a seal or stamp, which was a figure cut in stone and then set in a ring by which a letter or document would be stamped, showing by whose authority the said document was sent. Paul used this analogy to show that God had sent him and placed him in the office of an apostle.

If this office was sealed and no one else was to hold that office, then why is it listed among the gifts of the Spirit in 1 Corinthians 12:28 and Ephesians 4:11-13? These are offices to be held in the Church, and this was written over 20 years after Christ ascended to heaven and after most of the original apostles were either dead or sent to other places. Also keep in mind that the Bible was written mainly for us in the end time.

The offices of the ministry have not been done away. There are still teachers, pastors and evangelists.

Mr. Armstrong was ordained on or very near the day of Pentecost in 1931 (Autobiography of Herbert W. Armstrong). On page 505 of his autobiography is a picture of his second ordination certificate. It says, “Herbert W. Armstrong is a recognized licensed minister, and apostle of the true primitive faith ….” Notice he was ordained an apostle according to these papers. One may say, Yes, but all who were ordained by the Church of God at that time were called this. That may be, but we know by the fruits that he truly was chosen to be an apostle from the very beginning. Since the meaning of the word apostle means “one sent forth” or “messenger,” the fruits show that Mr. Armstrong fulfilled that office.

Notice in Revelation 2:2 that the Ephesus era was commended for testing those who claimed to be apostles. Wasn’t this an ideal spot to say there were no apostles, if the office had been sealed?

The office of apostle has not been sealed and completed with the original 12. They had the office first and will receive a fantastic reward. Christ told them they would rule over the tribes of Israel in the World Tomorrow, which is a high honor. At that time, we may be surprised to learn just how many apostles there have been down through the centuries.