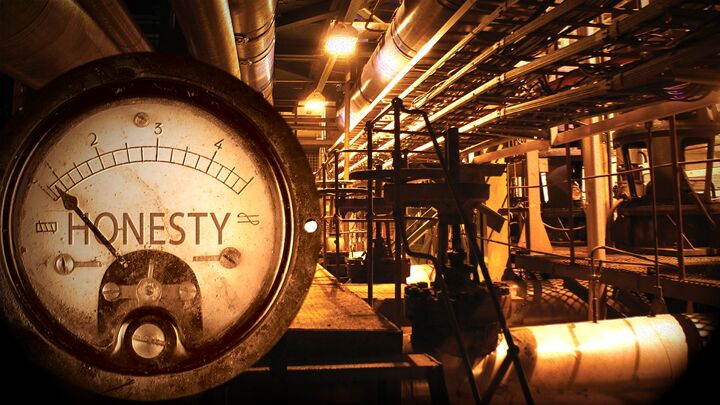 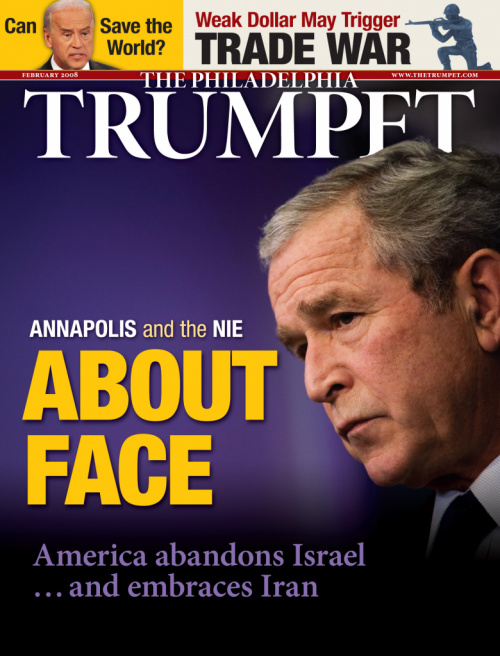 At the height of a wave of postwar prosperity in January 1920, well-known statistician Roger Babson predicted that America was about to enter “the worst business depression that our generation has ever experienced.”

The late Herbert W. Armstrong, who attended the meeting as a member of the Association of Commerce, related how many of the leading bankers and business executives of Chicago in attendance smirked at the suggestion. Times were good. Through the next few months, business activity continued its boom. But before the end of 1920, the crash Roger Babson predicted did strike—with sudden and intense fury.

How did Babson know a crash was on the way? In his own words, he looked past the oft-quoted economic “thermometers” that measure current conditions, and focused on the fundamental source which determines the future temperature of the economy—what he termed the “boiler room.”

On the East Coast, New York suffered foreclosure rates 51 percent higher last October than in October 2006. On the West Coast, conditions may be even worse. In California, foreclosure rates were up an astounding 213 percent from 2006.

Nationally, the number of unsold homes sitting on the market hovers at its highest level since data has been collected.

Yet amazingly, according to the National Association of Realtors (and its statistical thermometer), “The vast majority of metropolitan areas showed rising or stable home prices in the third quarter with most experiencing modest gains compared with a year earlier” (Nov. 21, 2007).

The National Association of Realtors (nar) points to national median existing single-family home prices as evidence. nar statistics indicate the national median home price during the third quarter of 2007 was down just a slight 2 percent from a year earlier. The nar also reports that during this period, 93 out of 150 metropolitan statistical areas showed increases in median home prices.

There certainly seems to be a disconnect between the nar assessment and the reality on the ground for homeowners across America. Home sales are plummeting, unsold homes inventory is near record levels, banks are tightening borrowing requirements, foreclosures are skyrocketing, and President Bush is organizing a massive homeowner bailout. But the nar says that home prices are about as low as they’re going to go and that most areas are beginning to show price gains.

With so many other statistics pointing to a crashing housing market, how can the nar remain so optimistic?

The nar isn’t alone in painting a confusing picture. Most news sources report a litany of problems facing the housing market, then go on to quote median prices as the indicator that home prices have remained relatively stable.

The median price means the middle price. By definition, half the houses sold are higher-priced than the median, and half the homes sold are lower-priced.

Relying on simple median values to create a national housing picture means that houses that don’t sell are excluded from median sale price data. If the homes that are not selling happen to be mostly lower-priced homes, then the national median price becomes skewed because it becomes the middle number of the higher-priced homes that do sell. Thus, even if prices fall for most of the houses on the market, the overall median price for houses sold can actually increase.

Growing inventories of unsold lower-priced homes in relation to higher-priced homes could be masking the price decline as shown by the median price—which is plausible since poorer people usually feel the effects of a slowing economy first, have the most difficulty qualifying for loans, and typically purchase lower-priced homes.

But there are two other big reasons property values are probably much lower than reported.

David Nunn, a certified general appraiser based in the Southern Indiana area, gives two examples of how many home prices could be “just plain phony and no one is addressing it.”

One of the houses Nunn recently observed was financed by the Federal Housing Administration and sold for $106,000 with no concessions reported. This seemed odd, since the house had been on the market for six months and listed for only $100,000. Nunn e-mailed the house’s listing agent, and found that the seller paid $1,500 toward the buyer’s cost, meaning that the house sold for $98,500. How did it get reported as a $106,000 sale?

Because the appraisal came in at $106,000, the loan agent, with the agreement of the buyer, kicked the loan up to create equity. That was reported as the selling price. The real selling price should have been reported as either $98,500 or $100,000 with $1,500 in seller’s concessions.

As a result of such reporting, housing prices are inflated, the market appears to be appreciating, and future buyers pay inflated prices.

Another deceptive factor is concealed false appreciation. For example, a single-wide mobile home on 74 acres was reported sold for $132,000.

When meeting the seller, Nunn found that the sale included unreported personal property along with the land, including a pickup, a saw mill, a camper, a tractor and more—at least $25,000 worth of personal property. This was not reported in either the Multiple Listing Service (mls) figure or sales disclosure statements.

Without the extra goodies, the 74 acres probably would have sold for closer to $107,000.

As with the first example, these types of transactions can completely distort the values uninformed appraisers place on similar properties, and consequently the housing market can look more robust than it is in reality.

“The industry has long been guilty of collectively concealing [such] information from … appraisers,” Nunn said, “and quite frankly, many appraisers act as if they don’t want to know. I discussed the above with an appraiser and he said that as long as the ‘signed’ sales disclosure statement was in his file, to protect him, he didn’t care.”

In a national survey conducted in October, 90 percent of appraisers said they had felt “uncomfortable pressure” to adjust property values. Although mortgage brokers were named as the leading offenders, real-estate agents, consumers, lenders and appraisal management companies were also indicted. The pressure was much higher than in a similar survey conducted in 2003, when 55 percent of appraisers reported feeling pressured.

In fact, according to Nunn, the whole home purchasing methodology is biased to falsely inflate home values. Home sellers certainly want the highest price they can get. Loan brokers and real-estate agents receive higher commissions on larger sales, and the banks make more money on larger mortgages. “No one in the pipeline has any incentive to want an honest evaluation,” says Nunn. “So the end result is that many appraisers roll over and forget their ethics.”

Here are all the elements—including casual disregard for truth and honesty—for an approaching housing write-down of huge proportions. Average home values are lower and are falling faster than the oft-quoted statistics suggest.

If you want to know the direction of the housing market and the economy in general, look at the underlying fundamentals. That is how Babson knew a crash was on the way!

Mr. Armstrong related what Babson said at a later conference, after the crash, when his opinion carried considerably more weight.

“You gentlemen looked at bank clearings, indexes of business activity, stock car loadings, stock market quotations—you looked at the thermometers on the wall; I looked at the way people as a whole were dealing with one another. I looked to the source which determines future conditions. I have found that that source may be defined in terms of ‘righteousness.’

America is facing deteriorating economic conditions, and much of it has to do with dishonesty—homebuyers inflating income statements, realtors pushing sales, lenders abrogating lending standards, credit ratings agencies knowingly overvaluing risky subprime mortgages, and banks marketing overvalued subprime mortgages as safe investments to unsuspecting investors. America’s boiler room is running on the fumes of fraud and greed, and you can’t run on fumes for long.

The National Association of Realtors’ thermometer still indicates that everything is fine, the worst is over, and America has nothing to worry about. But should you rely on what a thermometer is telling you, or what is happening in the boiler room?