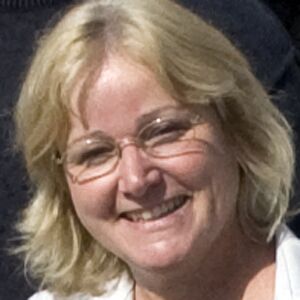 At a conference in Tel Aviv, an archaeological discovery is unveiled that proves biblical history true.

Archaeologists who reject the biblical narrative or who believe the historical account is, at best, grossly exaggerated sometimes point to the wall Nehemiah is said to have built around Jerusalem during the 5th century b.c. and ask why none of its remains have ever been discovered.

Now those remains are beginning to turn up.

Yesterday, at an archaeological conference at Bar Ilan University near Tel Aviv, Dr. Eilat Mazar told 500 attendees that she had discovered Nehemiah’s wall. The discovery comes, as our regular readers know, just two years after Mazar uncovered a small section of King David’s royal palace. Last winter, during the second phase of her ongoing palace excavation, she uncovered a massive wall on the eastern side of the royal complex, measuring 5 meters in width.

Adjacent to the palace wall stood a large stone tower archaeologists believed to be built during the Hasmonean dynasty (142-37 b.c.). Early last summer, a section of that tower, which was built on a steep slope just outside the palace, began to give way, indicating it was on the verge of collapse. And so what started as a simple task of repairing a collapsing tower turned into a six-week dig—and a fascinating new discovery.

“Under the tower,” Dr. Mazar said at the conference, “we found the bones of two large dogs—and under those bones a rich assemblage of pottery and finds from the Persian period [6th to 5th centuries b.c.]. No later finds from that period were found under the tower.” The pottery is what clearly dates the time period for the tower’s construction. Had the tower been built during the 2nd or 1st century b.c., Dr. Mazar explained, 6th-century pottery underneath the wall would leave a chronological gap of several hundred years. Therefore we know, based on the pottery dating, that the tower would have been built three to four centuries earlier than previously thought, during the Persian Empire’s heyday, which is precisely when the Bible says Nehemiah rebuilt the wall around Jerusalem.

After hearing about the great affliction of the Jews in Jerusalem, that the city walls were broken down and the gates burned, Nehemiah appealed to God for intervention. At the time, he was serving in the court of Artaxerxes as a cupbearer. When the king inquired about his distress, Nehemiah said he had a heavy heart because “the place of my fathers’ sepulchres, lieth waste, and the gates thereof are consumed with fire” (Nehemiah 2:3). He asked the king for a leave of absence so that he might coordinate several construction projects in Jerusalem. Nehemiah made this request in the 20th year of Artaxerxes, or about 445 b.c. (see Nehemiah 2:1).

The king granted his request and provided enough materials for Nehemiah to rebuild the gates of the temple, the wall around the city and a house for himself. A few Bible commentaries speculate that the house Nehemiah built for himself in Jerusalem might have been where David’s palace once stood. Even though the Babylonians had left the entire city in ruin early on in the 6th century b.c., Nehemiah knew right where David’s palace had been built (see Nehemiah 12:37). Wherever he chose to build his home, it must have been the size of a royal palace. While rebuilding, the Bible records, Nehemiah invited 150 construction workers to join him for dinner at his table (Nehemiah 5:16-19).

In Nehemiah 3, you can read a detailed account of the wall’s reconstruction. Nehemiah refers to 10 gates in the chapter. In verse 1, he mentions the northern entrance to the city—the Sheep Gate, where animals were brought into the temple for sacrifices. After that, Nehemiah describes the rest of the gates on the wall in order, moving around the western side of the city in a counter-clockwise direction and then up the eastern side back to the north end of the city.

By the time he gets to the Fountain Gate in verse 15, the passage becomes much more descriptive. “But the gate of the fountain repaired Shallun … and the wall of the pool of Siloah by the king’s garden, and unto the stairs that go down from the city of David.” The Fountain Gate, also referred to as the Spring Gate today, was located somewhere near the Gihon Springs, which is a short walk south from where Dr. Mazar’s palace excavations are going on.

In verse 16, Nehemiah mentions the tombs of the kings of Judah, which have not yet been discovered today. But putting Nehemiah’s description together with what Dr. Mazar keeps finding in the City of David, they must be close by.

Many of the landmarks described in Nehemiah’s book can now be clearly identified today thanks in large part to the work of Eilat Mazar. She has been working hard and fast, just as Nehemiah did 2,500 years ago. Nehemiah’s frantic pace resulted in his crew completing the wall in 52 days (Nehemiah 6:15), which might explain why the tower began to collapse over the summer!

While he was working, Nehemiah had to withstand the attacks of numerous critics who were determined to slow down his progress (Nehemiah 4:8). Yet he kept right on building, working with a hammer in one hand and a weapon in the other (Nehemiah 4:17-18).

Dr. Mazar was introduced yesterday as the first speaker at the conference. Walking up to the podium without the benefit of any notes, she delivered an impassioned, persuasive 30-minute presentation straight from the heart. She spoke about the fantastic discoveries made at the palace during the last two years: the 5-meter-wide wall, the rooms, the collections of metal industry, the pottery and the bullae. She concluded by revealing the details about her most recent find: a tower from a wall that Nehemiah built. She then left the stage.

For the rest of the morning, Dr. Mazar’s colleagues spoke one after another, each of them picking apart her findings, some even rejecting her conclusions. But the entire morning session of perhaps the most important archaeological conference of the year in Israel was devoted to Eilat Mazar’s work—not her theories, her work.

And that’s just the way she likes it. As she has said before, in the end, the stones will speak for themselves.

Nehemiah couldn’t have said it any better himself.