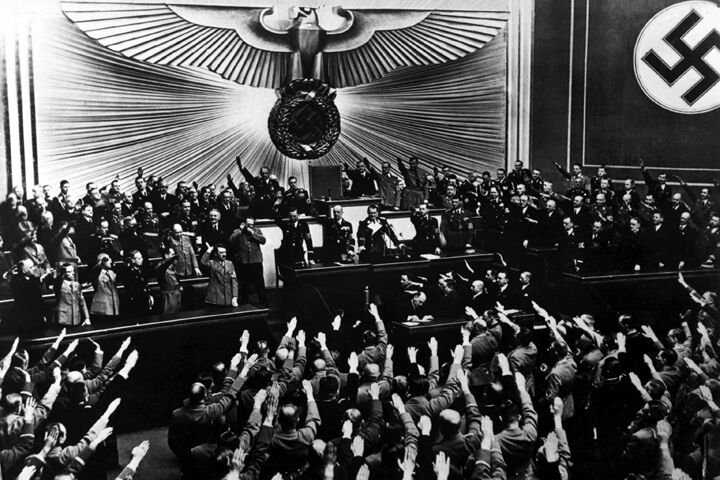 A poll has revealed that 25 percent of German citizens believe the Nazi party had some redeeming qualities.

One quarter of Germans believe Nazism had a good side, according to a Forsa poll conducted in mid-October. The German weekly magazine Stern commissioned the poll after a popular talk show host was fired for praising Nazi Germany’s attitude toward motherhood.

The poll asked Germans whether National Socialism also had some “good sides” such as its construction of the highway system, elimination of unemployment, low crime rate and promoting the family (Times Online, October 19). Twenty-five percent responded with a “yes.” The demographic with the most support for the idea (37 percent) were individuals over the age of 60.

The poll reflects the results of gradually loosening restraints on discussing the Nazis’ rule. For the past 60 years, Germans have placed many taboos on discussion of their National Socialist history. During 12 years in power, the Nazi dictatorship murdered 6 million Jews and started World War ii, which resulted in 60 million deaths, 7 million of which were Germans. At one time, few Germans would have dared debate the merits of such a destructive reign. Increasingly, it is becoming acceptable to do so.

Recent German films portraying Adolf Hitler as a complicated leader with many sides to his character have attracted wide audiences, and bestselling authors have praised Nazi achievements and even referred to the Nazi reign as better for Germans than the current administration.

Germany’s former leading television anchorwoman, Eva Herman, was expelled from the studio by the show’s host after praising the Nazis for building Germany’s highway system. Following the dismissal, which in large part prompted the Forsa poll, newspapers were snowed under with letters of support from Germans for Herman.

“There are plainly millions of people who share Eva Herman’s thoughts,” said Andreas Petzold, editor of Stern magazine, which published the Forsa study. “But these people ignore the fact that the Third Reich can only be viewed through the prism of its end.”

As the Times Online report points out, the Nazi dictatorship built the autobahn to expedite the transfer of tanks and troops between war fronts; eliminated unemployment by sending German men to the battlefield or to death camps; and encouraged families to produce children for the Nazi cause.

Millions of World War ii victims might have found a less-efficient German highway system to be a life-saver. To find out why the Nazi legacy is important to remember in its proper perspective, and why large percentages of Germans praising Nazi achievements is worrisome, read our booklet Germany and the Holy Roman Empire. It will show you where loosening these taboos is leading.